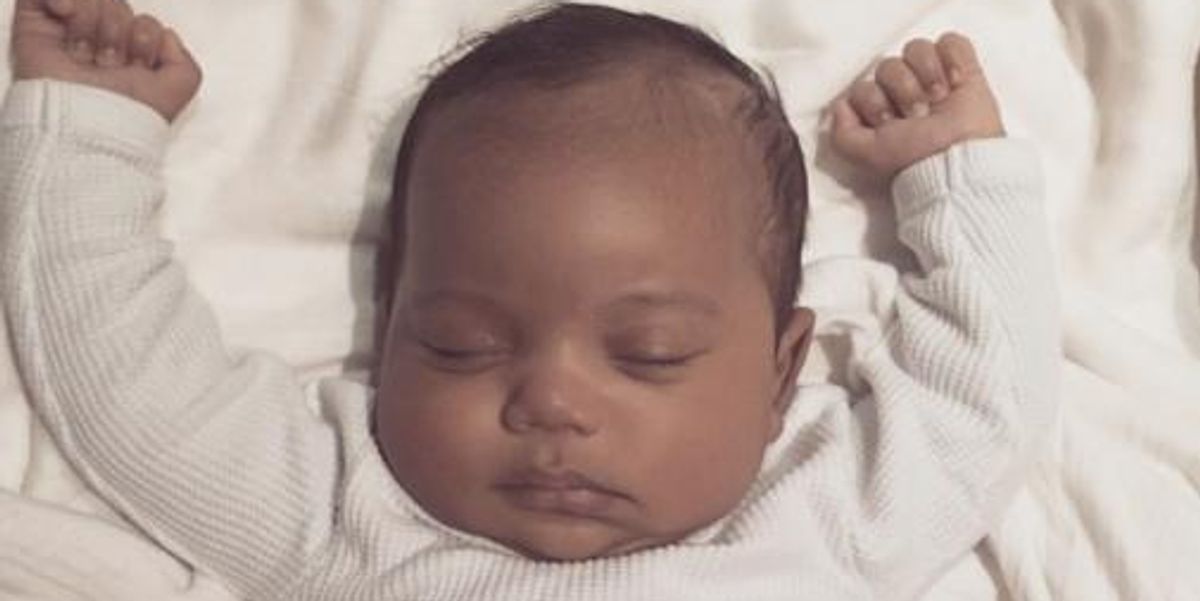 The infamous lawyer, and father to Kourtney, Kim, Khloe and Rob Jr (with Kris Jenner), tragically passed away in 2003 from cancer.

...and shared the first official snap of baby Saint on her app.

"Today is my dad's birthday. I know there's nothing more in the world he would have wanted than to meet his grandchildren. So I wanted to share this pic of Saint with you all."

He looks almost identical to his big sis, North.