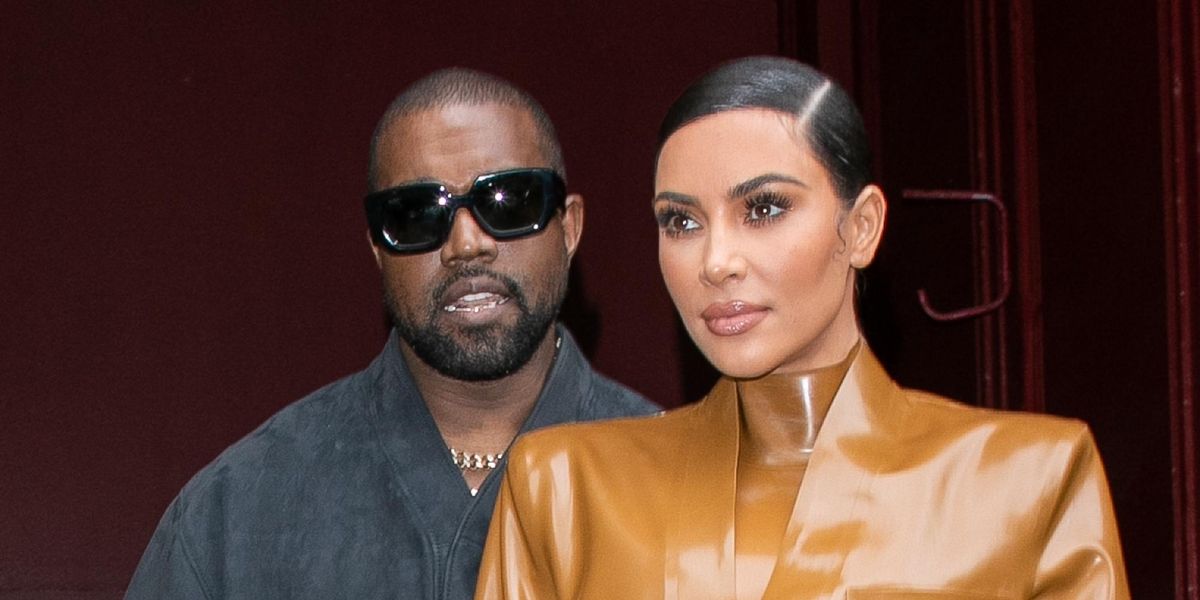 They might be in the middle of a divorce, but Kim and Kanye are keeping things civil. After being spotted together taking their kids on an outing to the Asian Art Museum in San Francisco last week, the couple again reunited at West's listening party for his new album DONDA last night in Atlanta.

The Kardashian-West nuclear family was present for the listening session, which took place in the packed Mercedes Benz stadium: North, Chicago, Saint and Psalm, plus their parents. Khloé Kardashian was also in attendance.

Presumably as a show of support, Kim even wore a matching red outfit in tandem with her now-ex. She didn't go with a face stocking mask, though.

While initial rumors about Kanye's new music suggested it might include diss tracks about his ex-wife, we can now be assured otherwise. The two really do seem to be making it work. Ever since Kim filed for divorce in February, she's continually signaled that she wants Kanye in her and the kids' lives, including him in a Father's Day Instagram post and even supposedly giving her blessing to his rumored new relationship with model Irina Shayk.

Related | What Is Kim and Kanye's Holiday Decor?

West did reportedly appear emotional during the DONDA event, crying about "losing his family" while new track "Love Unconditionally" played. He might also have been getting in his feelings about a reunion with Jay-Z, who will reportedly appear on the album's final track, after a years-long feud between the two titan rappers.

As you may be aware by now, DONDA still isn't technically out yet, although it was meant to drop last night in conjunction with the stadium event. The true release date is unknown, but in the meantime West fans can enjoy his production on Lil Nas X's excellent new track "Industry Baby."