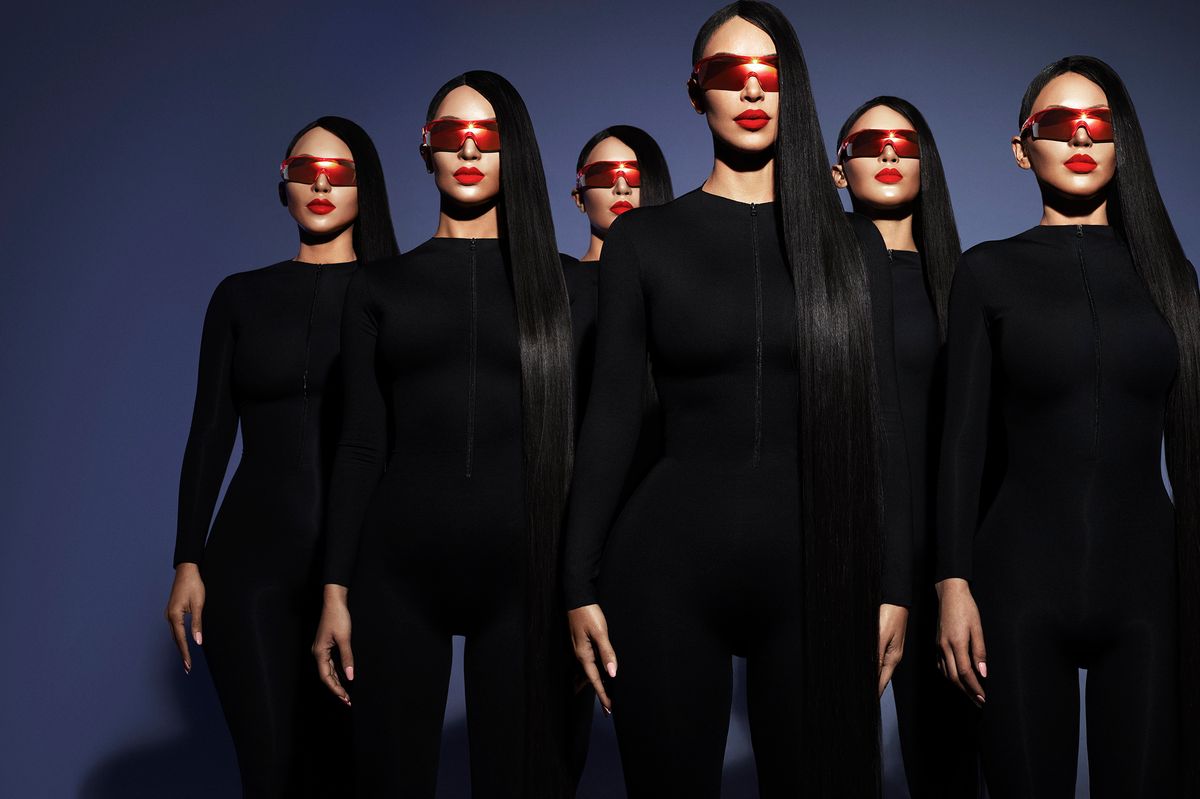 In a move reminiscent of Beyonce's 2003 Billboard Music Awards performance or Heidi Klum's 2016 Halloween costume, Kim Kardashian West has cloned herself. To promote her new collaboration with Berlin-based eyewear brand Carolina Lemke, she posed with a group of convincing lookalikes, all wearing the 80s-style sunglasses she helped design.

You could say that the futuristic campaign, photographed by Mert Alas and Marcus Piggott, pokes fun at the fact millions of women strive to emulate Kim's signature look — or else makes a point about the inherent narcissism of Instagram culture. Probably it is just advertising sunglasses, though, and you have to admit that Kim and her Klones are great brand ambassadors.

Actually, this isn't the first time Kardashian West has riffed on the clone concept. Kanye West enlisted a bunch of celebrities, including Kim's former employer Paris Hilton, to emulate her for his Yeezy Season 6 campaign. Those photos were styled like candid paparazzi shots — these are much more slick.

The Kim Kardashian West for Carolina Lemke collection marks the eyewear brand's official US launch; select styles will be available for purchase from March 19, with the full collection available next month. View the full campaign, below.