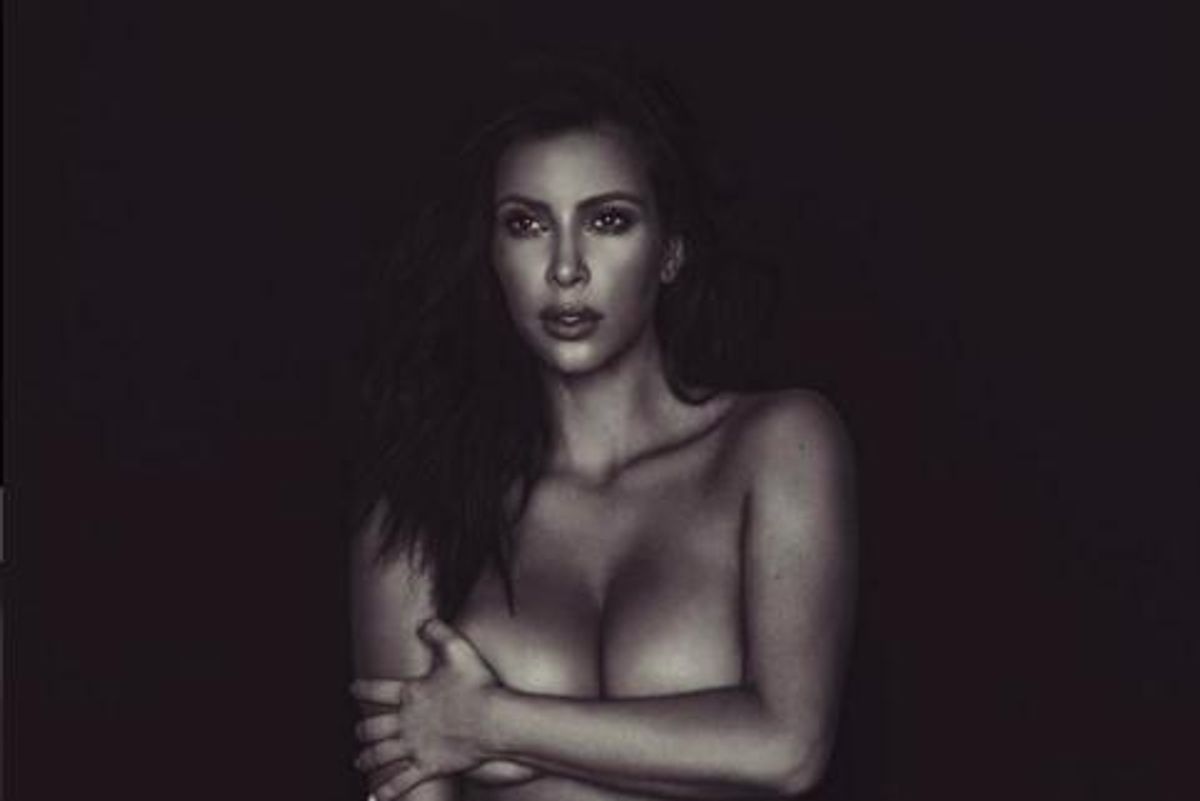 Updated: Kim Went Off On Everyone Who Shamed Her Nude Selfie


Twitter beefs never sleep. After Kim clapped back at them last night, Bette Midler and Piers Morgan decided to get back online and have the last word.

Bette sniped at Kim for not being able to take a joke.

. @KimKardashian: I never tried to fake friend you. Looks like anyone can take a selfie but not everyone can take a joke...
— Bette Midler (@BetteMidler) March 8, 2016

Meanwhile, Morgan hatched a theory that Kanye must be writing Kim's comebacks, and refuses to let it go.

Seems he's not the only one who's perpetuated that particular rumor, but Kim is tired of hearing about it. She tweeted to confirm that no, neither Khloe nor Kanye were ghostwriting her slams--that was all her.

Yesterday morning, Kim Kardashian greeted the world with a nude selfie on her Instagram.

When you're like I have nothing to wear LOL
A photo posted by Kim Kardashian West (@kimkardashian) on Mar 7, 2016 at 12:07am PST

This being a famous woman posting her own photos and who is justifiably proud of her body, she came in for a whole lot of shaming comments about her behavior. Last night, Kim took to Twitter and clapped back at the most famous of her critics.

First in line was professional troll and self-appointed Chief of the Female Propriety Police, Piers Morgan, who tweeted this supposedly "jokey" comment about buying Kim some clothes.

Ignoring the fact that Morgan probably can't afford to keep Kim in head-to-toe Balmain, her perfect response suggested Morgan was giving off some Ashley Madison vibes.


Then it was Bette Midler's turn for tweeting about Kim's numerous public nude photos.

Kim Kardashian tweeted a nude selfie today. If Kim wants us to see a part of her we've never seen,
she's gonna have to swallow the camera.
— Bette Midler (@BetteMidler) March 7, 2016

Kardashian seemed maybe a little hurt by Bette's dig--and suggested she send some nude pics herself.

hey @BetteMidler I know it's past your bedtime but if you're still up and reading this send nudes #justkidding
— Kim Kardashian West (@KimKardashian) March 8, 2016

hey @BetteMidler I really didn't want to bring up how you sent me a gift awhile back trying to be a fake friend then come at me #dejavu
— Kim Kardashian West (@KimKardashian) March 8, 2016

Finally, the harshest burn of all was reserved for Chloe Grace Moretz, who retweeted Bette and then chided Kim for not providing a good role model for young women.

@KimKardashian I truly hope you realize how important setting goals are for young women, teaching them we have so much more to offer than-
— Chloë Grace Moretz (@ChloeGMoretz) March 7, 2016

Is there anything more devastating to the celebrity ego than to suggest that no one knows them?

let's all welcome @ChloeGMoretz to twitter, since no one knows who she is. your nylon cover is cute boo
— Kim Kardashian West (@KimKardashian) March 8, 2016

Haters dealt with, Kim finished it all off with the perfect Kimoji, and a new nude selfie captioned #liberated.