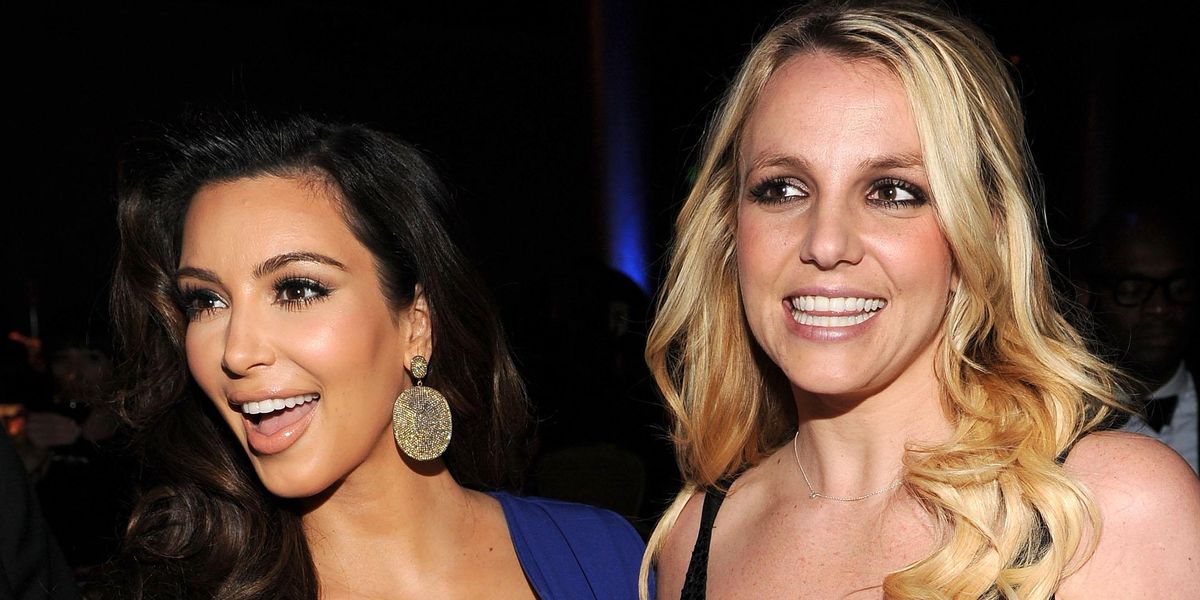 If Britney Spears is the biggest tabloid celebrity of the 2000s, Kim Kardashian is right behind her as a close second. So it's unsurprising that the reality star and beauty entrepreneur found plenty to relate to in the New York Times' new documentary Framing Britney Spears, which examines the extreme media scrutiny Spears dealt with as a young star.

Kardashian discussed the documentary on her Instagram Stories today, writing that she felt a lot of "empathy" for Spears. "The way the media played a big role in her life the way it did can be very traumatizing and it can really break even the strongest person," she wrote. "No matter how public someone's life may seem, no one deserves to be treated with such cruelty or judgment for entertainment."

Looking back on her own experiences, Kardashian particularly related to Spears as she recalled the media attention she received when pregnant with North West in 2013. "When I was pregnant with North I was suffering from preeclampsia, which made me swell uncontrollably," she wrote. "I gained 60 pounds and delivered almost 6 weeks early and I cried every single day over what was happening to my body, mainly from the pressures of being constantly compared to what society considered a healthy pregnant person should look like — as well as being compared to Shamu the Whale by the media."

Spears was also heavily scrutinized while pregnant and as a young mom, and has been body shamed for almost the entirety of her career.

Kardashian went on to share a number of disturbing tabloid magazine covers from the early 2010s era, all focused very explicitly on her pregnant body, noting that the cruel headlines helped ruin what was meant to be the happiest time in her life.

The slideshow is pretty powerful — head to Kim's stories to see the whole thing, alongside plenty of promo for her KKW products.