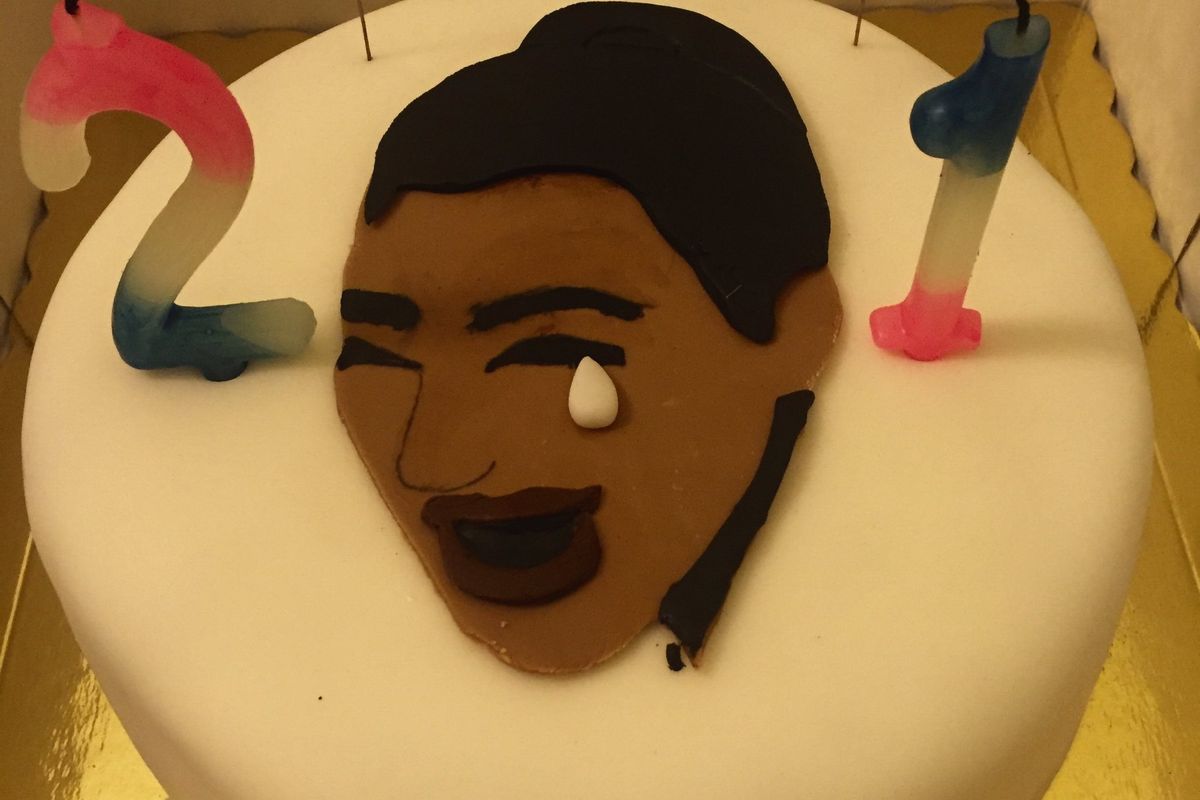 The Kardashian-Jenner family, lords and lordesses of lush and amber Calabasas, let out a desperate plea this morning!

Tweeting from across the sea, in France, Kim Kardashian, blared the message through her shimmering, golden trumpet, that rang throughout the sleepy San Fernando Valley village.

Ok guys my family is looking for a new bakery. What are the yummiest cake spots in la that makes amazing cakes & cupcakes?
— Kim Kardashian West (@KimKardashian) June 14, 2016

And the townspeople below, burst through their windows, stood on their rooftops, and rode on horseback!

One elderly woman, rising from her bed, and sauntering to her window with a cane; she peeked her head out, watching the crowds teeming through the streets. "You there, child?" She called to a young boy. "What's all this hubbub?"

"Haven't you heard?!" He called up. "The Kardashians, mum! They're looking for a new baker!"

Indeed, the Kardashians have apparently parted ways with their staple bakery, LA's Hansen's, which had been their go-to pastry-temple for celebratory occasions over the years.

What could have happened?

Did this cake frighten Penelope Disick?

Was Kanye bothered that Hansen's made this Minnie Mouse cake OTHER than his daughter, North?

Also, this is Hansen's cover photo on Facebook; it has no likes.

Whatever happened, we hope the glossy scions can overcome this sprawling, sugary woe.