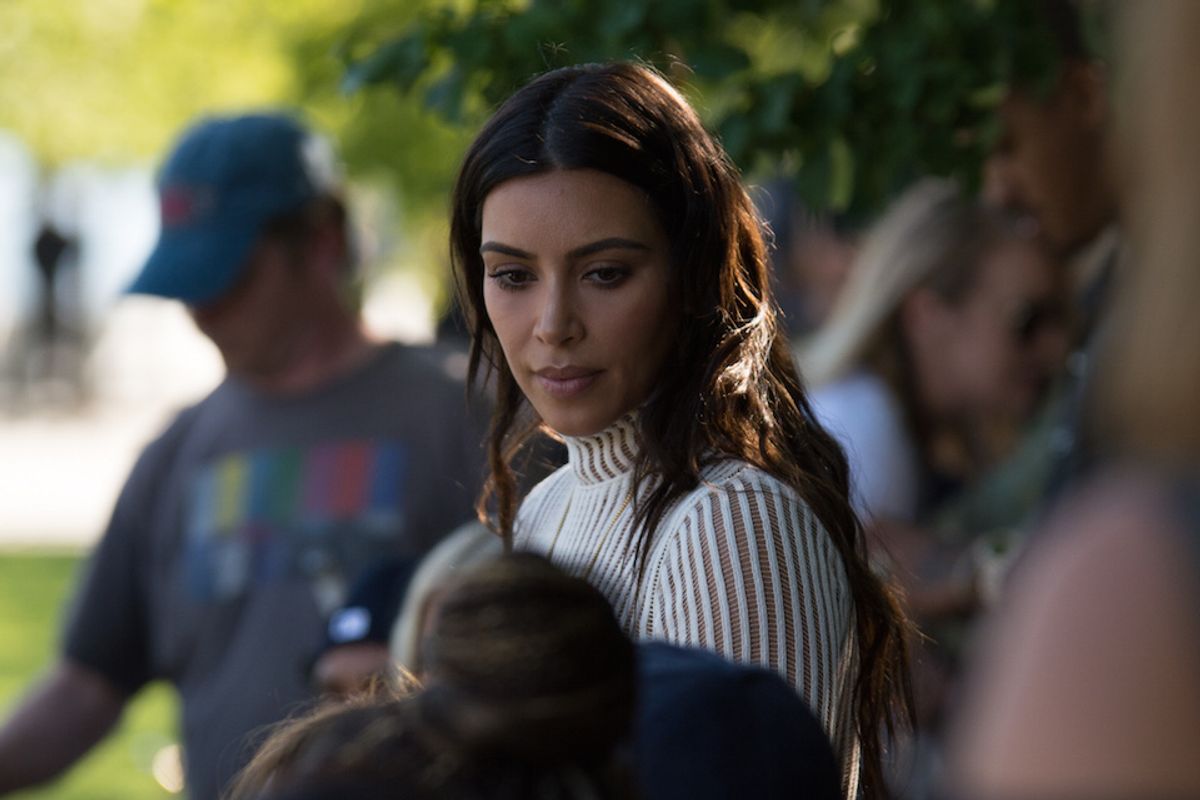 Kardashian-West, who is half-Armenian, blasted the claim (sponsored by the Turkic Platform) that not only is Armenia somehow to blame for the extermination of 1.5 million of its people from 1915-1917, at the hands of the former Ottoman Empire--which Turkey succeeded--but that the country's death toll estimate is embellished.

As of now, only 29 countries in the world have recognized this terrible moment in history as "genocide."

The Wall Street Journal ran the ad in April of this year--April is significant as the start of the horrific genocide (April 24, 1915)--and when Gawker pressed the publication about choosing to advertise this stance during such a sensitive time of year, it said:

We accept a wide range of advertisements, including those with provocative viewpoints. While we review ad copy for issues of taste, the varied and divergent views expressed belong to the advertisers.

In the statement, Kim also drew parallels between the genocide in Armenia to the Holocaust.