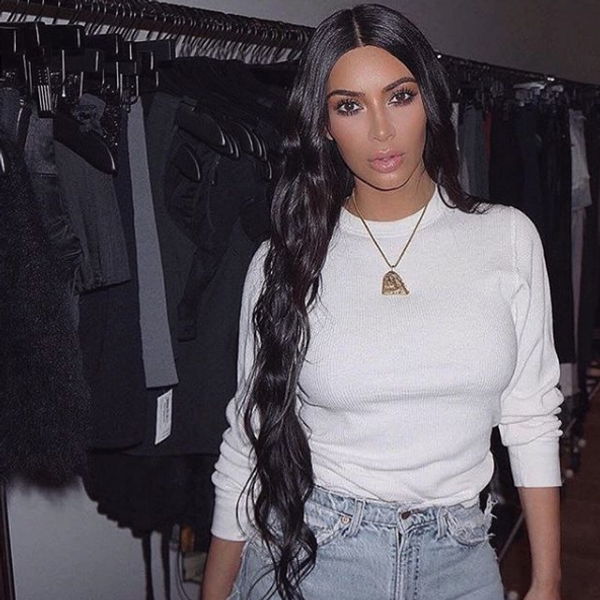 Alongside bike shorts, track suits, and PVC shoes, Kim Kardashian is setting out to bring back another '90s trend we didn't think we'd ever see again. In fact, it's one we're not sure we were even really into when it was more widely worn. Spotted in Los Angeles on Monday, Kim was wearing a Velcro-close wallet on a lanyard chain around her neck. That's right: similar to that hot pink one you might have sported at an amusement park in your youth.

On this particular occasion, Kim threw the new accessory on over a bodysuit, elastic-waist joggers, and mid-calf heeled boots, so her '90s game was certainly strong. But, in slightly differing shades of dark khaki-gray, there was something about the whole ensemble that seemed to work. Or maybe we're viewing it through our slightly skewed Kim K-colored glasses. Either way, you've gotta love a girl who loves fashion so much that she'll try anything — and wear it with confidence.

As far as the wallet is concerned, it's an interesting hands-free alternative to a belt bag (or fanny pack), which have defied all odds and come back with fervor. So, who knows, the wallet-as-a-necklace might just be the next big thing.