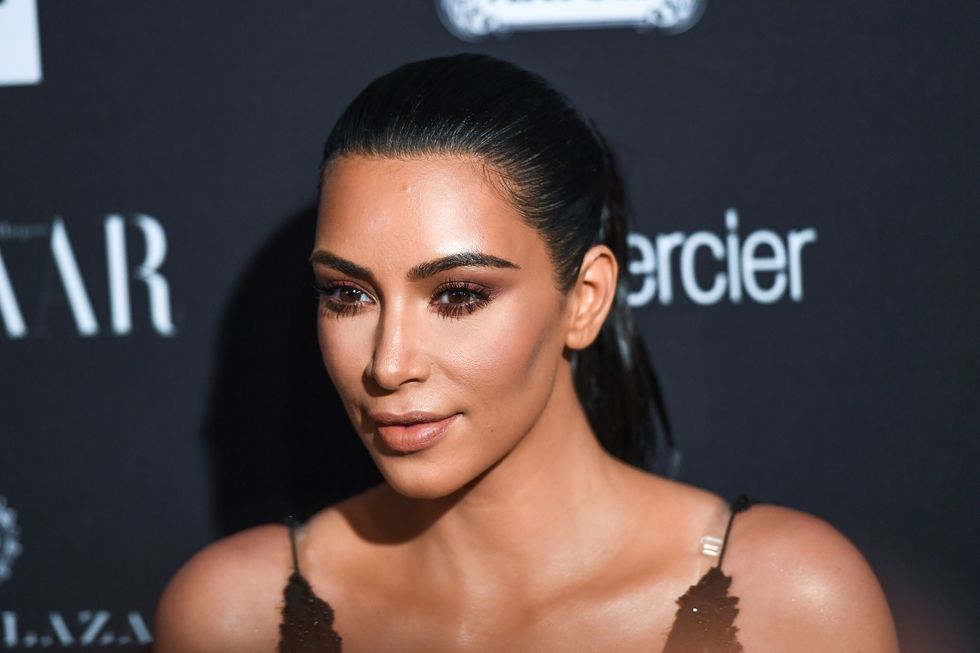 [UPDATE] Kim Kardashian Held At Gunpoint In Her Paris Home

New disturbing info surrounding Kim Kardashian being held at gunpoint in her and husband Kanye's private residence in Paris: Five armed men stormed the home, threatening the night watchman with weapons, as well, forcing him to bring them to Kim's flat. Two masked men, dressed as police, then held a gun to Kim's head, gagging her and bounding her up by her hands/feet, plus handcuffs, in the bathroom. Kim's reps say she was uninjured, but "badly shaken."

TMZ says Kim apparently begged for her life for the sake of her "two babies at home."

The men then stole $10 million worth of jewelry, including a $4.5 million ring, and other items worth $5.6 million; they also ran off with two cell phones. They are currently at large.

Because security was so light that night--including Kim's bodyguard, Pascal Duvier, who was on duty for sister Kourtney out in the city--Parisian authorities believe the incident could have been an inside job.

Kim and her family have since left France. Paris mayor Anne Hidaglo condemned the incident, stating that she was confident that authorities would track down the suspects, and that KKW is always welcome in Paris.

Earlier this evening, Kim Kardashian was threatened by armed men in her Paris hotel room.

Ina Treciokas, a representative for Kardashian, confirmed to CNN that two masked men dressed as police officers came in and held her at gunpoint. Kardashian is apparently "badly shaken but physically unharmed."

This is believed to be the "family emergency" that Kanye West abruptly ended his set at NYC's Meadows Festival for earlier today.

We will update as soon as more information becomes available.