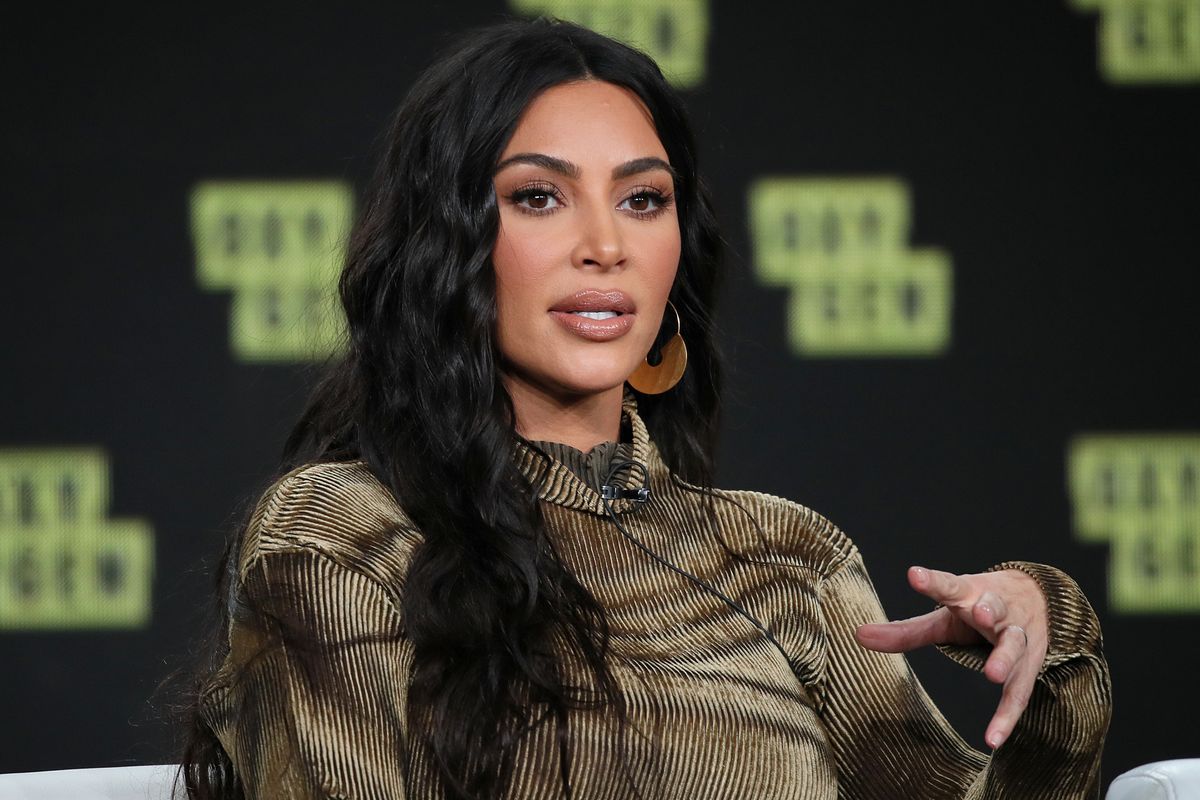 In July last year, Kim Kardashian West teased fans with a behind-the-scenes look into her new documentary film. In collaboration with Oxygen, the docu takes us along KKW's journey as she tries to "secure freedom for Americans who she believes have been wronged by the justice system." Now, the trailer for Kim Kardashian West: The Justice Project is out.

Alice Johnson, the 63-year-old Kim helped who was initially sentenced to life imprisonment for nonviolent drug use, says in the trailer, "Kim went to war for me." After helping Johnson with her case, Kardashian-West received many more letters from inmates, telling her about their life stories. This moved her to study up about criminal justice reform, and take action. "I went into this knowing nothing, and then my heart completely opened up," Kim says.

The reality TV star and makeup mogul is seen looking into cases, interviewing the incarcerated's relatives and friends, and also having one-on-one face time with the prisoners themselves. She also attends a class at the D.C. Central Detention Facility taught by professor Marc Howard, where she gets to know even more people affected by the ironically unjust criminal justice system.

What an inspiring day spent with the extraordinary @KimKardashian. We talked about CJ reform in the morning, and th… https://t.co/GEdCrgztdR
— Marc Howard (@Marc Howard)1564008317.0

The trailer is quite emotional. Although Kim is ever-present as she guides viewers through her personal experience, the focus is still on the stories of those people that the star believes to have been wrongfully sentenced. Per USA Today, Kim said at the Television Critics Association, "The cases I showcase in this documentary showcase the broken aspect of our system. . . . I hope that people can be more empathetic and feel that by giving people, like those featured in the 'Justice Project' a second chance, there is no danger to our society."

"It can be exhausting, frustrating, but I know that we can make a difference, and so all the criticism in the world will not deter me from what I want to do." She continued, "I'm very used to criticism so nothing really fazes me. I'm one of those not-human souls that can really deal with it. However I really genuinely just stay focused on cases and people and am extremely compassionate."

Kim also shut down critics regarding her plans in getting a law degree. "No, I'm not doing it for publicity," she continued. "I really do and care and spend 20 hours a week away from my family and my kids." She added that she's even aced a test recently. "There's so much behind the scenes that has never been publicized . . . . I literally do this every single day and spend time away from my work, everything else, my family, because once you get so deep into the system . . . you just can't give up."

"I'm raising four black children that could face a situation like any of the people that I help," Kim said. "Just to know I can make a difference in my children's lives and (others) by helping fix a broken system, that's so motivating for me."

Watch the full trailer for The Justice Project, which premiers on April 5, below.