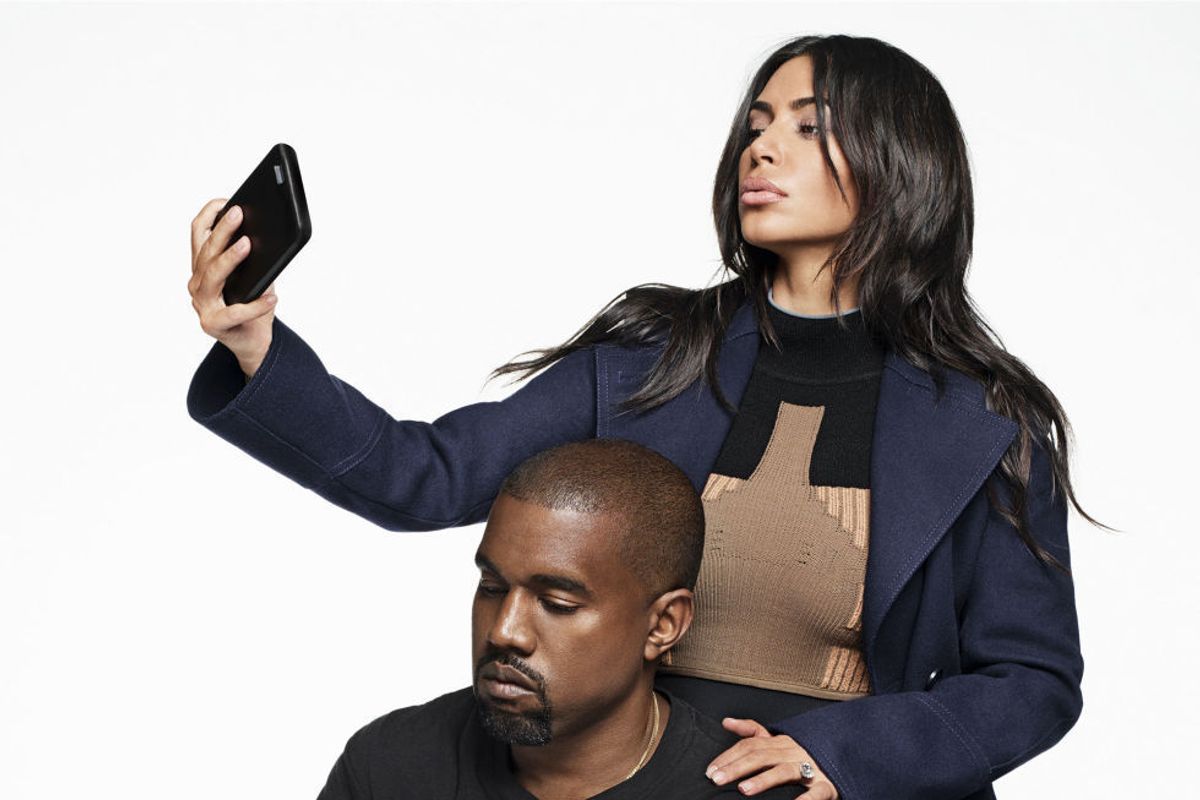 The resulting conversation, in addition to the stunning photos taken by none other than Karl Lagerfeld, and styled by Carine Roitfeld, mix together for a truly legendary piece.

The quotes, as you'd expect, are next-level Kimye.

Here is a rapid fire roundup of Kanye and Kim's best quips:

On their favorite body parts (on themselves and each other):

Kim: Awww, now I have to say the same. But of my own, I like my upper stomach. I just seem to always have abs.When I'm not really pregnant, I have a great two-pack. [Laughs.] And of Kanye's? I have to say his heart. And I've always loved his legs.

On their favorite Taylor Swift song:

Kanye: I don't have one.

Kim: I was such a fan of hers.

On which historical figure they most identify with:

On their hidden talents:

Kim: I can smell when someone has a cavity. It's a very specific smell—not a bad-breath smell—but something that is really strong.

Kanye: I can analyze people's intentions. Immediately. That's just a warning. To everyone.

Kanye: I love her nude selfies. Like, I love the ones from the side, the back ones, and the front. I just love seeing her naked; I love nudity. And I love beautiful shapes. I feel like it's almost a Renaissance thing, a painting, a modern version of a painting. I think it's important for Kim to have her figure. To not show it would be like Adele not singing.

Kanye on his own naked selfies:

Kanye: I used to do nude selfies in my single days.You'd get a good cock shot here and there. [Laughs.] Gotta keep it rock 'n' roll.

Kanye: Yeah, I think she has vanity. And with me, I don't give a fuck, bro; it is what it is. I'm the best—now what? I don't know if that's a vain statement. I don't particularly like photos of myself, though.

Kim: Yeah, what is the definition of vain? I want to look up exactly what the definition is.[Googles.] Vain, definition: "having or showing an excessively high opinion of one's appearance, abilities, or worth."

On what they would do if they could go invisible:

Kim: I would probably creepily follow my kids around, see how they act, see what they talk about. I record my daughter just talking because the things she says are so funny. I could watch her talk all day.

On what they would bring to a deserted island:

Kanye: Not me. [Laughs.] I would bring my laptop and the Internet.