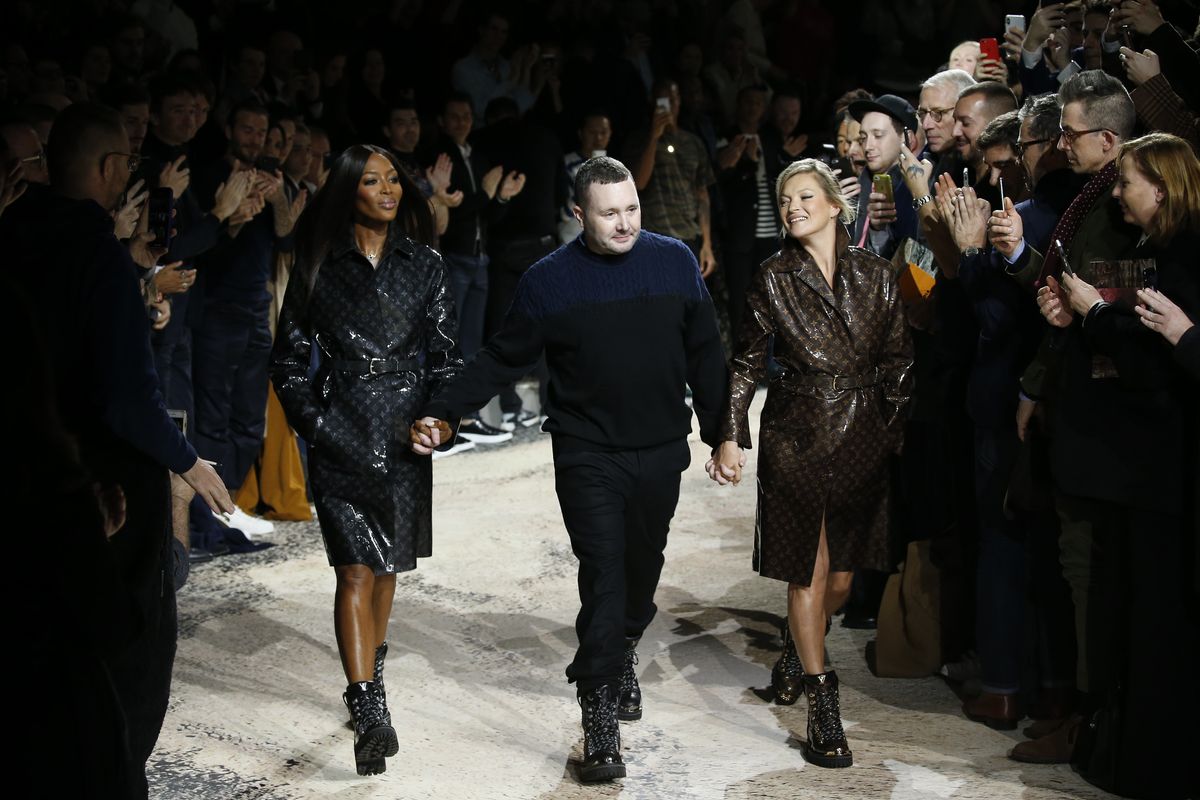 Is there any better way to exit any job than grasping the manicured paws of Kate Moss and Naomi Campbell? Louis Vuitton's now-former creative director, Kim Jones, has proven that no, sorry, there isn't.

After the models took their last lap in Louis Vuitton's Fall '18 in Paris today, Jones shimmied down the runway to take his final bow, flanked by long-time friends Moss and Campbell, who wore matching belted PVC LV-monogrammed trenches and combat boots because icons only.

Jones, who famously gave the luxury fashion house street cred, announced yesterday he was stepping down from brand which he has helmed for the past seven years. The designer has risen to be a prominent figure in the menswear game, with his recent collaboration with streetwear giant Supreme, in particular, shaking the industry.

As to where Jones will go next, we just don't know (but here's looking at you, Burberry!).