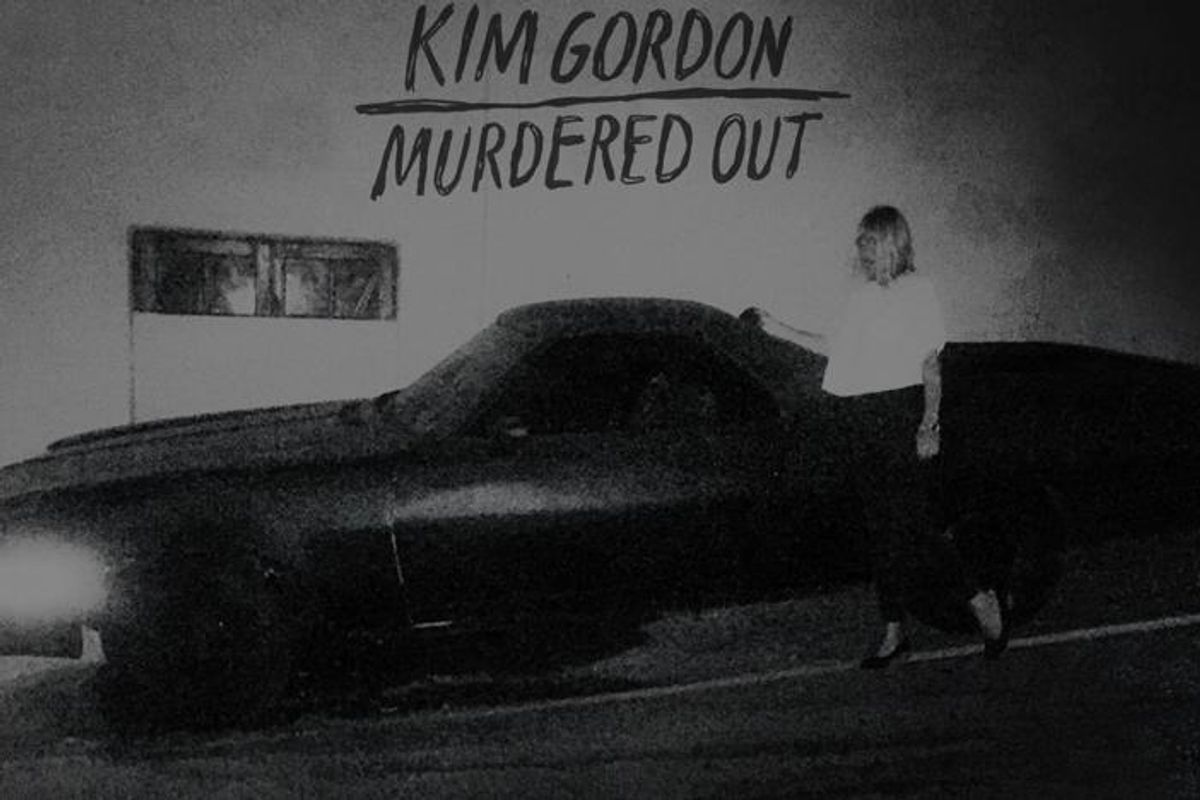 The song was produced by Charli XCX and Sky Ferreira-producer Justin Raisen, and has Kim returning in full-form, warbling characteristically dark lyrics, and reminding us that no one, past or present, sounds like her; "Secondhand smoke never goes away," she repeats.

The musician released a statement about her inspiration for song, which may...surprise you:

When I moved back to LA I noticed more and more cars painted with black matte spray, tinted windows, blackened logos, and black wheels. This was something I had occasionally seen in the past, part of lowrider car culture. A reclaiming of a corporate symbol of American success, The Car, from an outsider's point of view. A statement-making rejection of the shiny brand new look, the idea of a new start, the promise of power, and the freedom on the open road. Like an option on a voting ballot, "none of the above."

"Murdered Out," as a look, is now creeping into mainstream culture as a design trend. A coffee brand. A clothing line. A nailpolish color.

Black-on-black matte is the ultimate expression in digging out, getting rid of, purging the soul. Like a black hole, the supreme inward look, a culture collapsing in on itself, the outsider as an unwilling participant as the "It" look.