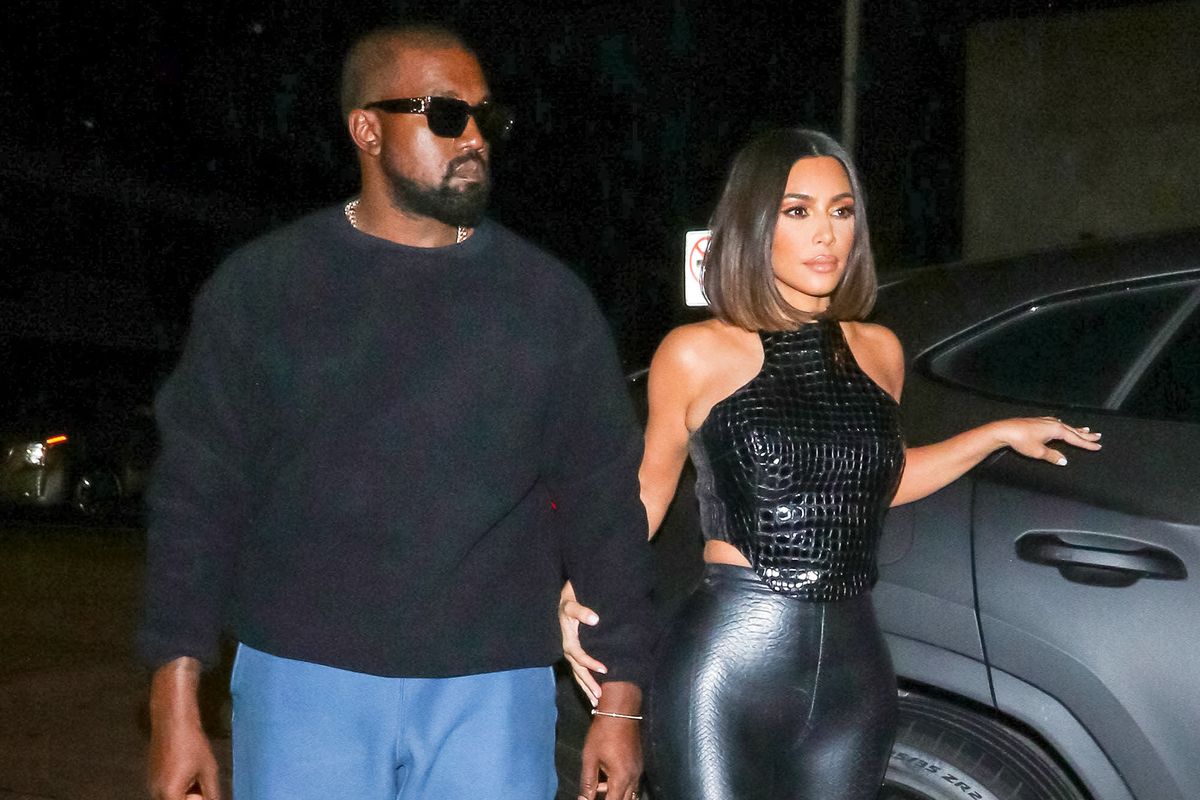 Celeb hotspot Jackson Hole, truly the Calabasas of Wyoming, has long been a favorite destination of one Kanye West. He famously held his Ye listening party there two years ago, and last week purchased a (reportedly) $14 million ranch in the same area. Now Kim Kardashian says her husband is contemplating a permanent relocation out (mid)west.

Kim talked about the potential move on The Tonight Show, confirming that Kanye had definitely invested in property there. Though, she did seem uneasy over the prospect of leaving Los Angeles. "We love Wyoming," she shared a little tentatively. "It's always been such an amazing place. My husband did just buy a ranch there. His dream and his vision is to move there. I love LA, so I envision summers, I envision some weekends but yeah, we love it. It's like the prettiest place you've ever seen in your entire life."

Honestly, this is a lot for Kim to deal with, and she's putting on a brave face. Last year, Kanye wanted their family to uproot to Chicago, and tears were shed. Those plans appear to have been shelved for now.

May I point out that these two live in a really, really nice house already? Designed to Kanye's exact, deranged, and expensive specifications by hard-to-pronounce architect-to-the-stars Axel Voorvordt? Additional question: what's happening with the domes?

It's hard to Keep Up. But maybe we'll get a cute pic of Psalm petting a moose sometime soon, and that's something.