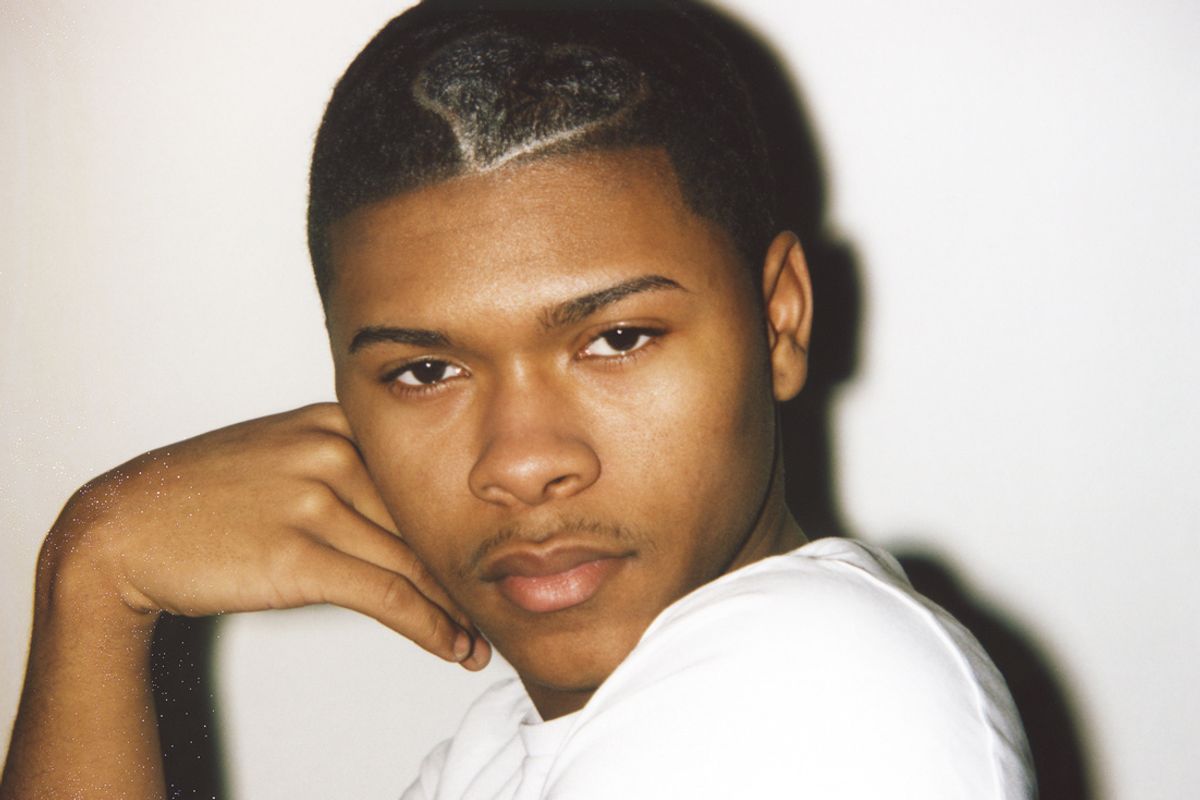 Kidd Kenn is coming for the 2019 rap throne. The Southside Chicago rapper, who's 15 years old and openly gay, first established himself this year as one of modern hip-hop's most commanding voices with the Soundcloud premiere of their unabashedly queer freestyles, "Gummo" and "Slide Remix."

The lyrics, all written by Kenn, immediately queer any space: ("It's a faggot party baby you cannot get in"). In the short window of time since launching earlier this year, the young artist has managed to attract the attention of many devoted fans including legend and bicon Kehlani, who invited them to perform on stage during San Francisco Pride — an opportunity that successfully jumpstarted Kenn's career.

Kenn's first full-length album Childish came out in 2018, featuring collaborations with local Chicago rap fixtures like Queen Key and Katie Got Bandz. Single "Eriod" has become something of a queer anthem for Kenn's fans ("He say he like girls, but to me he seem curious"), while "Stop Playing" notably introduces rising star Zani Band$.

Following his November performance at Red Bull Music Festival showcasing the best of Chicago's queer underground, PAPER sat down with the rap star to talk about growing up, performing with Kehlani, and finishing Childish.

What's been your biggest breakout moment so far? Was it performing with Kehlani?

I forgot about Kehlani. That's crazy, I forgot about that. Performing with her was definitely the biggest thing to happen to me so far. She saw me going viral on Twitter, and she hit me up one day. When she hit me up, she never hit me up about performing in San Francisco with her. She just hit me up to let me know how I good I was, you know? Showing me love, basically. A few weeks later, that's when she reached out and asked me if I would like to come out and perform "Slide Remix." We've kept in touch since then and she's been very supportive. We're supposed to work together one day.

I grew up on the Southside of Chicago around the 79th area. Cottage Grove. It was like any other person growing up. It was fun — outside every day with my friends-type stuff. It was a shooting here and there, but I didn't let that phase what I was doing as a kid, like me going outside to have fun. I used to go to the park and spend a lot of time with my family. I mean, I felt like I had a good childhood growing up. I didn't have no struggles, no problems.

When did you start writing raps?

In the sixth grade, I was 13. I write everything. Every line. every flow. I always wrote. I always listened to other rappers. I saw how they put their words together. I studied rap.

Tell me about your project Childish.

It's about things that my type would do. Stuff I've been through. Stuff I did, you know? Really just a lot of fun party songs. Stuff you can throw on at parties.

How long did it take you to complete this project?

A couple months. It's my first full-length album. I'll probably start working on another project next year. My dream collaborations for the future are Kehlani, Nicki Minaj. Those are the ones I really want. After I do a song with Nicki, we're done.

Who are your rap influences?

At Chicago's Red Bull Music Festival, you were performing with all of your friends. They were hyping you up. Are your friends always a part of your performances?

Yeah, I was very excited. It was something that I had never done before — perform a festival. I was very excited. They're all my friends and family. The people I choose to have on stage with me, I know for a long time. A couple of them I grew up with or just kept a very strong relationship with. It's a very strong relationship. They support me and they wanna be there. If they wanna be there, I wanna make sure they're there because they're my biggest supporters. They've been with me since the beginning.

What's the biggest misconception people have about you?

That I'm a drill rapper. Probably because I'm from Chicago and that's where drill music comes from and that's the quickest thing they label me as. I don't really put myself in a box.

What's the ultimate goal for you as Kidd Kenn?

To win a Grammy.

Any other messages to your fans?

Be yourself. Don't let what anyone else think stop you from doing you.

Check out Kidd Kenn and his friends, below.