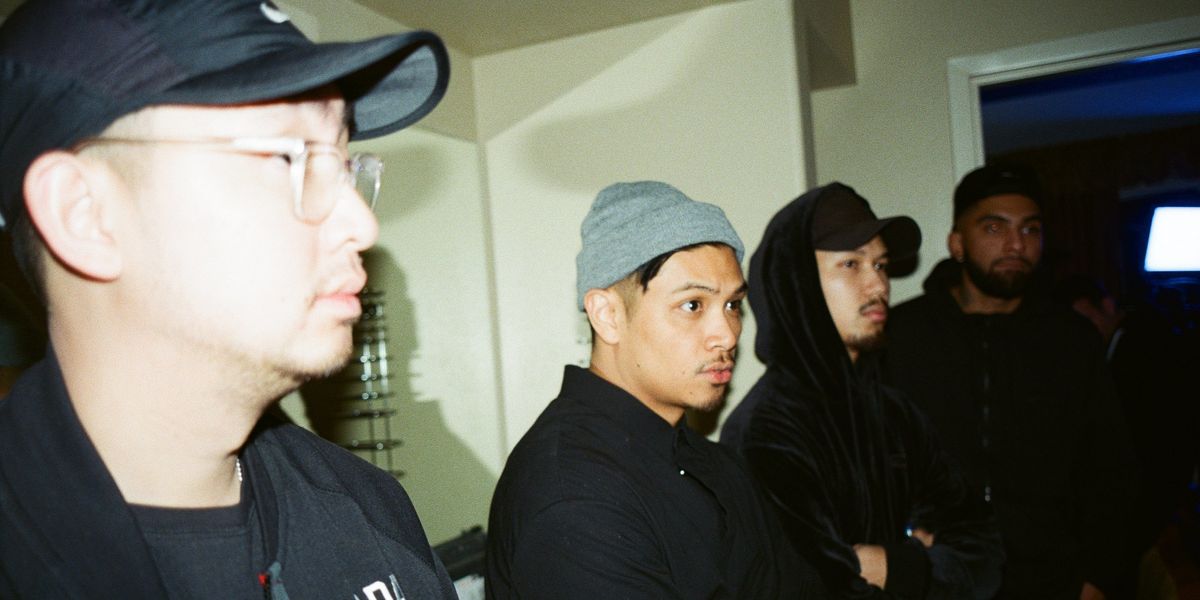 Kid Studio: All Grown Up and Hitting the Big Time

Success stories as pure as that of Kid Studio are few and far between. Three and a half years ago, two young guys started a design studio specializing in "shitty" websites and any other job they could get their hands on. Now there isn't a Toronto creative who wouldn't know their name — but not for their websites.

Kid Studio are now the entire city's go-to for any kind of video to stand the test of time. After creating music videos for rapper friends on the side, they hit the big time: a call from rising R&B singer The Weeknd to shoot his "King of the Fall" visual. They've now become a staple for major hip-hop and R&B artists in the city and beyond — Roy Woods, 6LACK, even Big Sean tapped the collective for his major single, "Bounce Back." The Weeknd's "Reminder" also saw them unite a star-studded line-up of Drake, A$AP Rocky, Travis $cott, YG, French Montana the list goes on. Kid Studio are now the kings of Toronto's inner circle, and they're not going anywhere.

PAPER sat down with Kid Studio's Glenn Michael and Christo Anesti as they directed Canadian outerwear brand Moose Knuckles latest campaign video in their native Toronto, covering everything from their wild collective come-up to their upcoming moves.

The breakout moment for you guys seemed to be "King of The Fall," you just skyrocketed from there. Are the heights you're experiencing now something you imagined you could reach coming from Toronto, when it's such an insular creative community?

Michael: Absolutely, that was 100 percent the tipping point for our company. It was a very organic collaboration, because those guys are from Toronto. I had faith, when I was younger, but I just didn't know how it was going to happen. There weren't a lot of things to aspire to. And then out of nowhere it felt like it took a whole 180 and everything was possible at some point. Even when there were popping people from here, it wouldn't be like other places where they'd use those resources to put other people in the same positions.

Anesti: People stop featuring Toronto in their work, I think we'll keep doing that no matter what. Even if we're doing something that isn't Toronto-centric, we always like to try to incorporate Toronto somehow.

The Internet must've helped hugely in that respect.

You didn't have to go through the old methods of finding and linking and people finding your work. You can find some random person with one hundred and fifty followers.

Michael: For sure, I come across people's work that have no follow at all.

How does that affect you? Do you take that into account?

Michael: I've consciously made an effort to reach out to younger creatives, whether they're from the city or not. I like when I find creatives from the city, but when I come across dope work and they have a low follow count and no one really knows who they are, I will personally reach out to them and tell them to keep doing their thing and that I appreciate their work. A lot of the time they know who Kid Studio is, and they're super appreciative of how we reach out to them. And if that sparks anymore inspiration or creativity in their lives, I fuck with that.

Was it always music videos for you guys, or would you want to go more commercial?

Michael: For me and Vince, and I'm sure Chris as well, music has always been a Trojan horse for us to get into other avenues.

Anesti: And a lot of our favorite artists from every scope have started from the video direction. Spike Jonze, for example, a lot of our inspirations started the same way.

Michael: They did cultural things, like skate and music. And they've gone on to huge movies, and they worked with amazing artists.

Music videos are kind of a medium with more freedom than any other. Although you collaborate with artists, for the most part it's entirely your vision.

Michael: Oh, for sure. That's what I appreciate about music videos, the freedom to just think outside the box and use it as your able to or as you want to. Sometimes ideas could get scaled back, but as a medium there's a freedom that's unlike any other, than like doing a commercial for a brand.

Do you feel like you've gained a few artists' trust too? To go whichever way you want?

Michael: Not as much as we'd like, I think. But way more than a lot of other people get to do, for sure. I think we've developed a style and an aesthetic that people come to us for that. And we get to collaborate on different ideas for artists. We put ourselves in a great position where people are reaching out to us for a particular look.

You don't ever feel trapped in that aesthetic?

Michael: I think we've developed a style where it takes us as far as our imagination can go. Everything is different from the next, but there is a particular thing that connects it.

Anesti: There's still a theme. I think about it too, obviously if you see a Brthr video I can tell that instantly it's from Brthr. Which isn't a bad thing, but with us I don't think it's as visible off the bat. To a fault almost, too, because it's not like, "Oh that's Kid Studio." It's good and it's bad. We definitely have the look, but I think it's brought enough that we're not too pigeonholed to one thing.

Michael: But, there is something about our work that people have hit us up and ask if we did it. Like another video would come out, and people would just say, "Yo it looks like it's Kid Studio."

You must now have imitators.

Anesti: It's dope. I always say that people just can't recreate what we have in our minds. And I hold that close to our chests. Any kid could emulate all they want, but the gears that are turning in our heads are a lot different than other people's. That's what I like to think.

How has your work evolved from the early days? What's changed? Obviously more resources, more recognition, but what has that given you in terms of style?

Anesti: I think that you can say more without having to try as hard. Subtleties and the way you shift things, we can say a lot more and try not as hard to get the same message across. We're just a lot smarter about it and we're doing things so much more efficiently.

Was there a time you felt like you had to leave the city to really take off?

What kept you here?

Michael: Just the energy, honestly. I feel like it hasn't been recreated in other places that we go, it's just a creative energy.

Anesti: But leaving is always an amazing experience. It makes you fresher, it gives you a unique perspective. Whatever we take from outside, we bring it back here and apply it. I think we leave enough to not feel obliged to leave. If we weren't leaving for projects every couple of months we'd be like, "fuck it, we need to just go." But, we're going anyways, and we get to go home and go again.

I feel like Toronto is so unique. And this is such a huge part of the conversation with Atlanta and music, hip-hop in particular, it's so collaborative here as opposed to New York or L.A. where it's really dog-eat-dog. Whereas everyone in Toronto is trying to pull each other up. Even you reaching out to people on Instagram and saying, "Hey, keep at it." That doesn't happen.

Anesti: Yeah, that wasn't the energy always in the city. Like how you're explaining LA, New York, that's how it was not even ten years ago.

Anesti: I have no idea. I think it's stopping right now. It's just a general mindset this generation is making happen.

And also with the music scene here blowing up, that must've been a huge factor.

Anesti: Yeah, if there wasn't an artist as good as The Weeknd we wouldn't have been able to make a video that everybody would see.

Yeah, we just blew up and suddenly everyone were just looking at Toronto. We all had to show and prove when we got that attention.

So you guys are self-taught for shooting and everything?

Michael: Pretty much, yeah. Our other partners, Jolly, and Vince, they're not educated in production either and they're fucking beasts. If they can't do it, then it can't be done. The thing about it is that we were all friends before, just getting our goal on. We have this really tight-knit family bond happening.

So what's the evolution? Where can Kid Studio end up? Where do you want it to end up? What's the legacy that you want to leave behind the scene?

Michael: Simply put, I just want to be an inspiration to the younger generations. I never had those people looking up to me, that's why I look to other pop figures for that creative father-figure type, that's Pharrell, Wes Anderson. And I think, the bigger we get, the more we do — whether it's feature films, which we're going to do, or anything else.

Anesti: The more we do, the more people those kids we were talking about will aspire to believe they can do it.

You're also giving them space to work. Going into features, you'll need a bigger crew, you can bring more people.

Michael: Oh, for sure.

Anesti: Even when we were doing "King Of The Fall," I was essentially like a PA on the set and they just kept giving me the shot to show up and flex whatever I had. So, that's the only reason I'm here, you know? If we can keep doing that a couple times more, who knows where we could go.