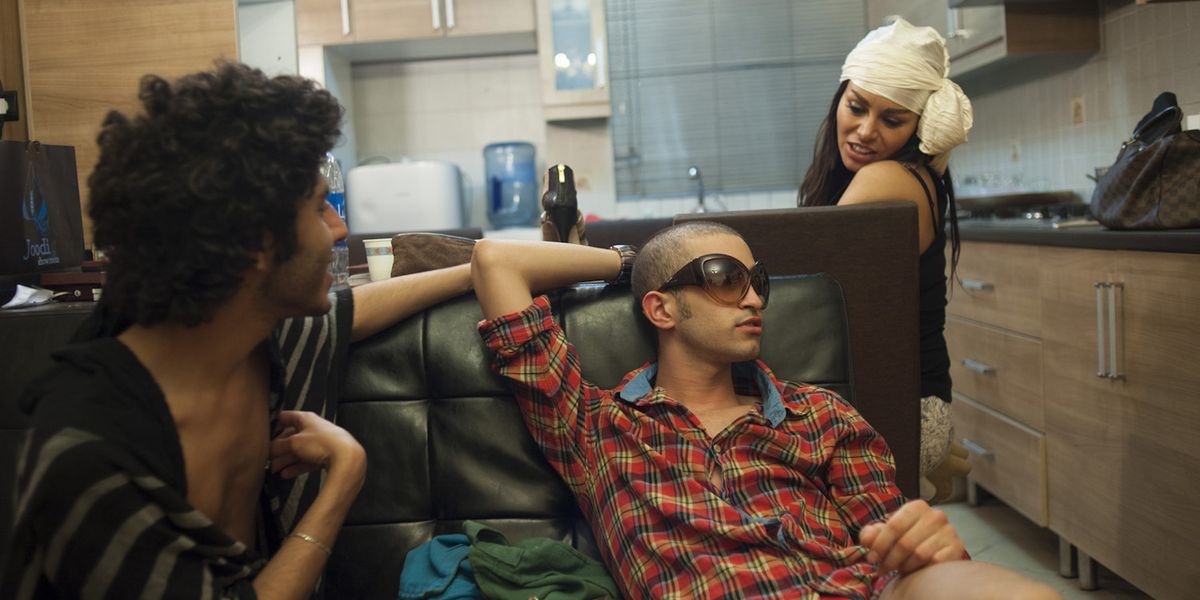 Meet the Photographer Behind These Striking Photos of Millennials in Kabul, Afghanistan and Tehran, Iran

Last week, while fashion week wrapped in New York and headed to London, another event sparked cultural shifts and set trends: TED2016 in Vancouver. Speakers at the five-day conference range from Al Gore talking about climate change to Shonda Rhimes giving a talk about being a boss. The TED stage is also home to many unknowns, with much of their undiscovered talent -– and many of their featured artists –- coming from their Fellows program. Over eight years, the program has produced over 300 Fellows including two MacArthur "Genius Grant" recipients.

One of the twenty Fellows this year is Iranian-Canadian photographer, Kiana Hayeri. After spending two years capturing youth culture in her native Iran, she relocated to war-torn Kabul, Afghanistan to document the progressive youth movement but also the dark uncertainly that has resulted from a generation born under war. Her photos are a stirring reminder that a youthful zest for life can be found in the most unexpected of places. We talk to Hayeri about her moving work, below. 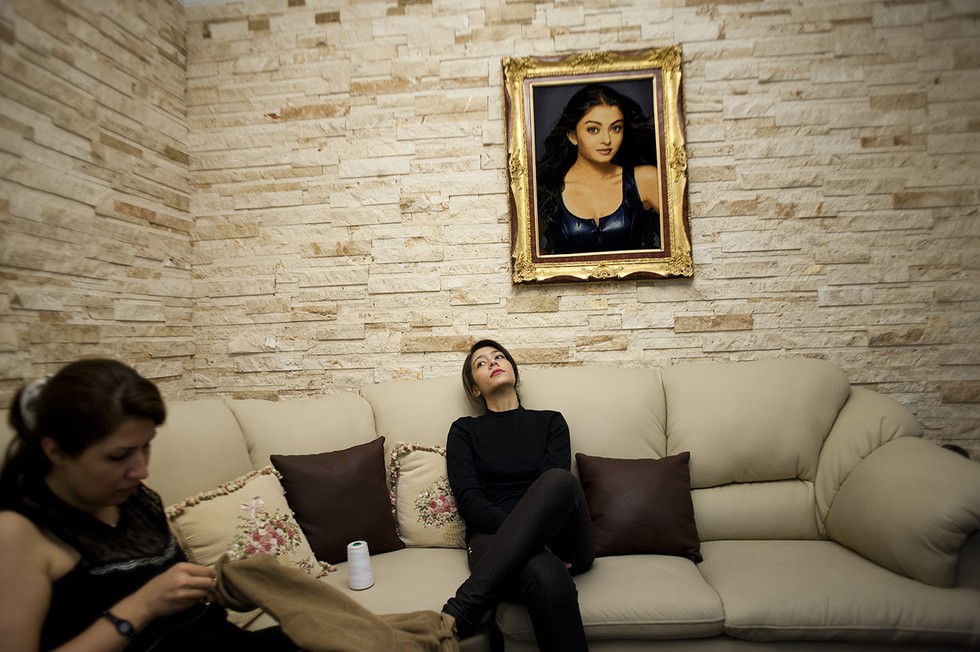 TEHRAN, IRAN - 25/12/11 - "After a long day of studying, Melika dazes on the couch in their living room. She will be moving to Montreal in the summer and has to study hard to maintain her high marks." 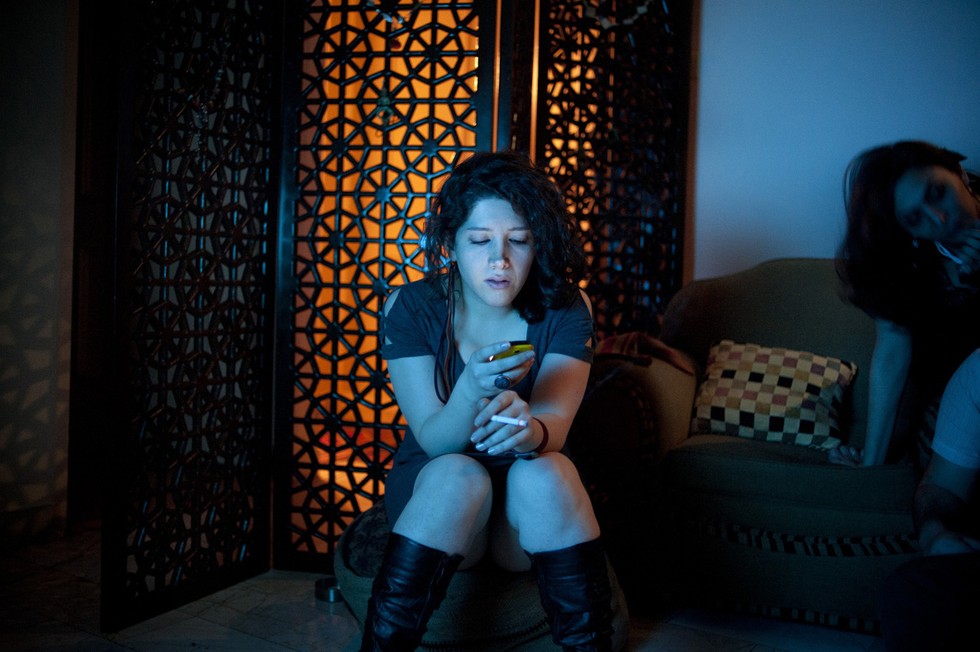 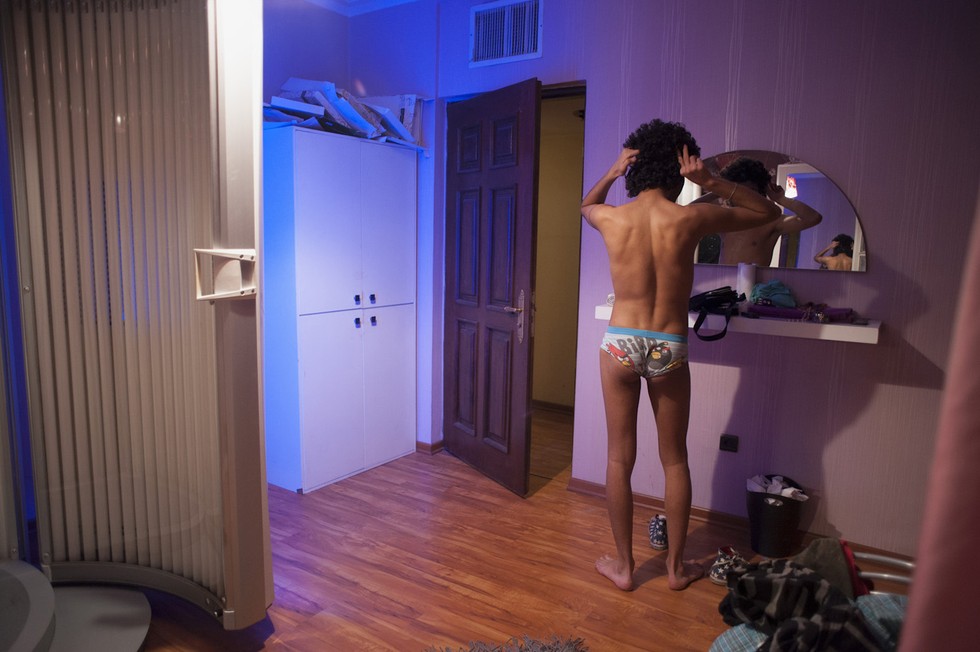 TEHRAN, IRAN - "Sasan get ready for his tanning session at a private boutique in northern Tehran. As the [Sasan and his friends] live an abnormal and not accepted life style, most of their lives happen after hours and underground." 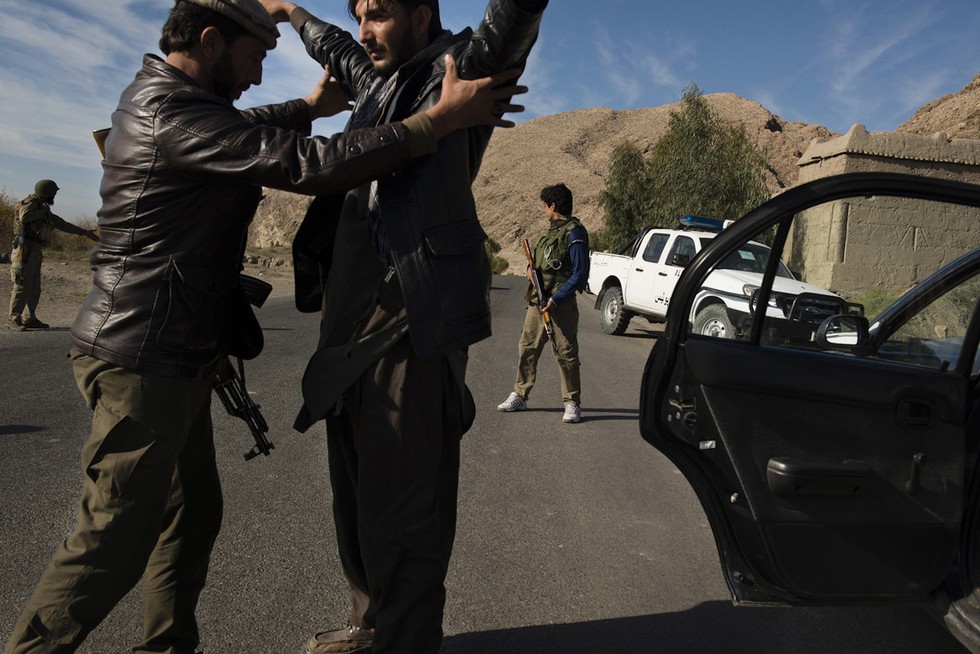 NANGARHAR, AFGHANISTAN | 2015-12-03 | "Farhad Tanha (the boy with the blue shirt underneath his body armour) was 17 year old when he joined ALP forces in Khewar district of Nangarhar. He's finished grade 9 and has been married for one year now." 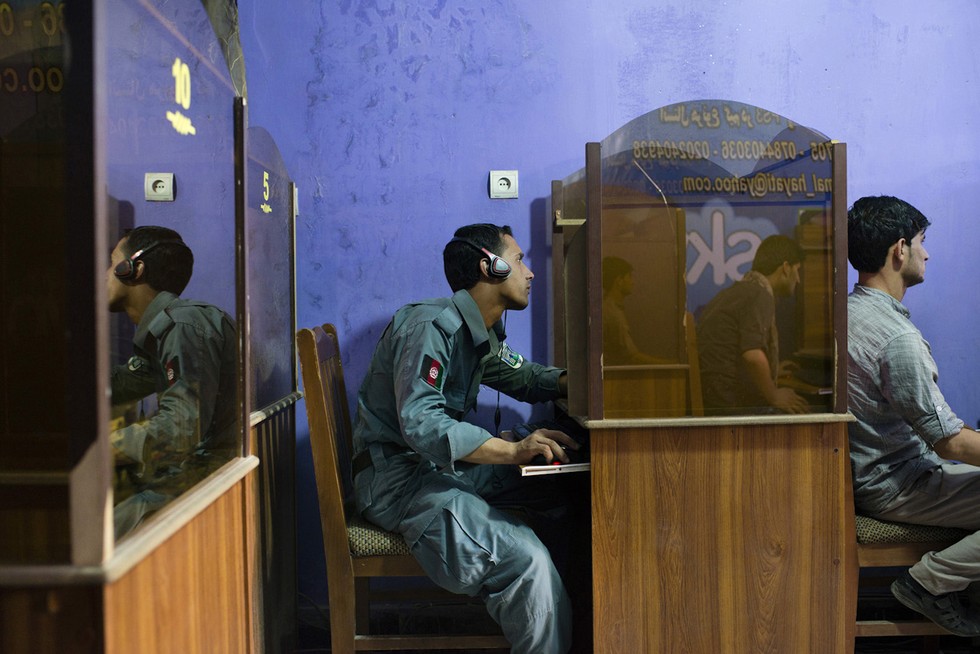 KABUL, AFGHANISTAN | 2014-08-10 | "An Afghan policeman uses a computer on his spare time to check his Facebook account at an internet cafe in Goolaei, northern Kabul." 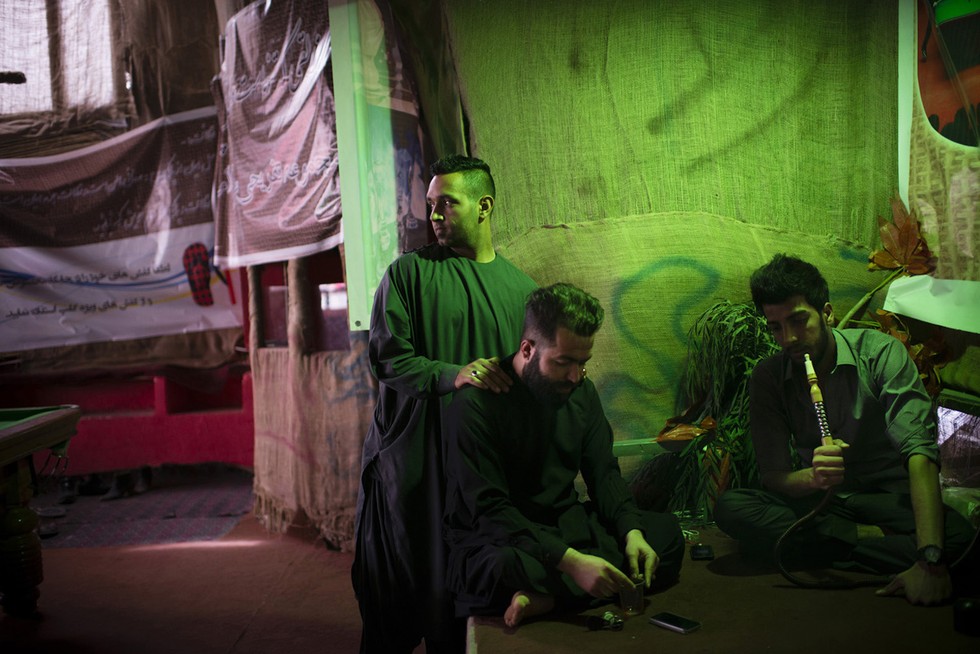 KABUL, AFGHANISTAN | 2015-04-17 | "M. (23), an Afghan rapper and part of a duet band from Herat, hangs out at Aria Cafe on a hot Friday afternoon. Born and raised in Iran, M. is critical of the Afghan government and that is boldly seen in his music as well as his lifestyle." 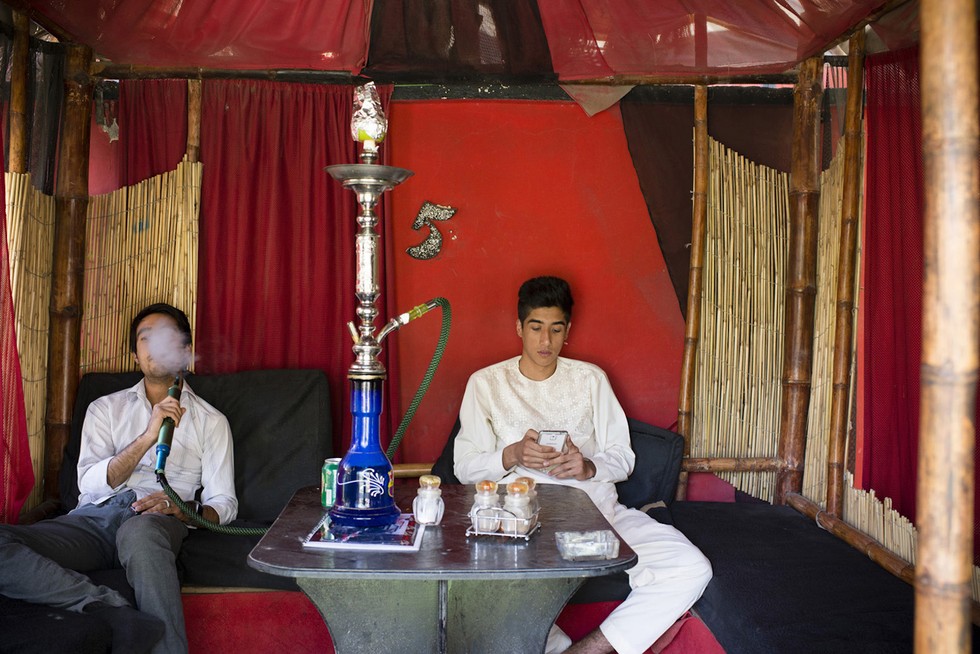 KABUL, AFGHANISTAN | 2014-08-10 | "Young Afghan men, all in their early 20s, socialize and smoke hooka at Cafe Che, in Western Kabul. Cafe Che is one of the fewer cafes that have become very popular among young people in mixed groups as a meeting place." 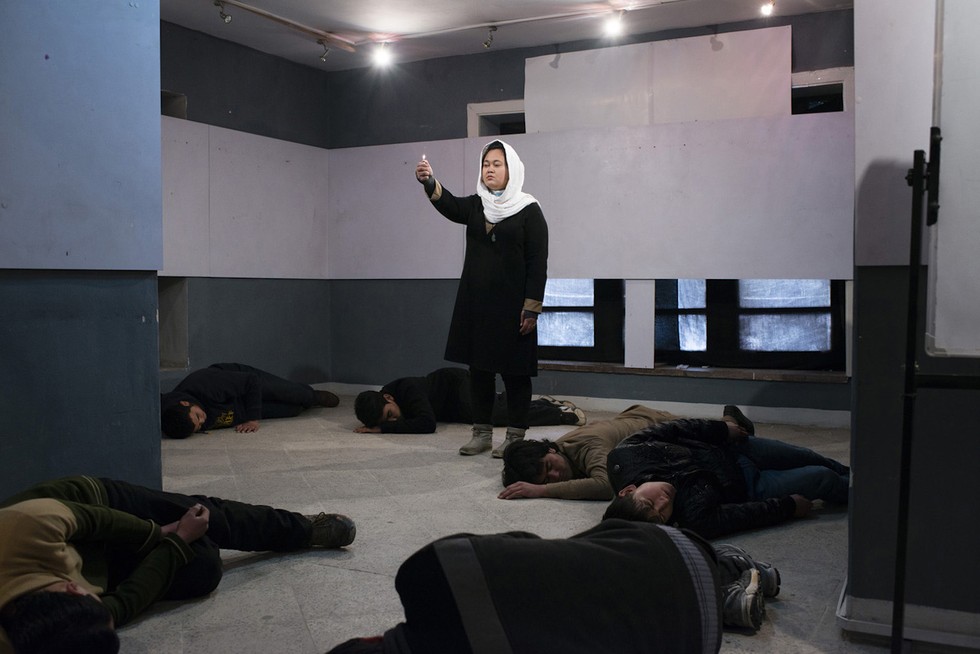 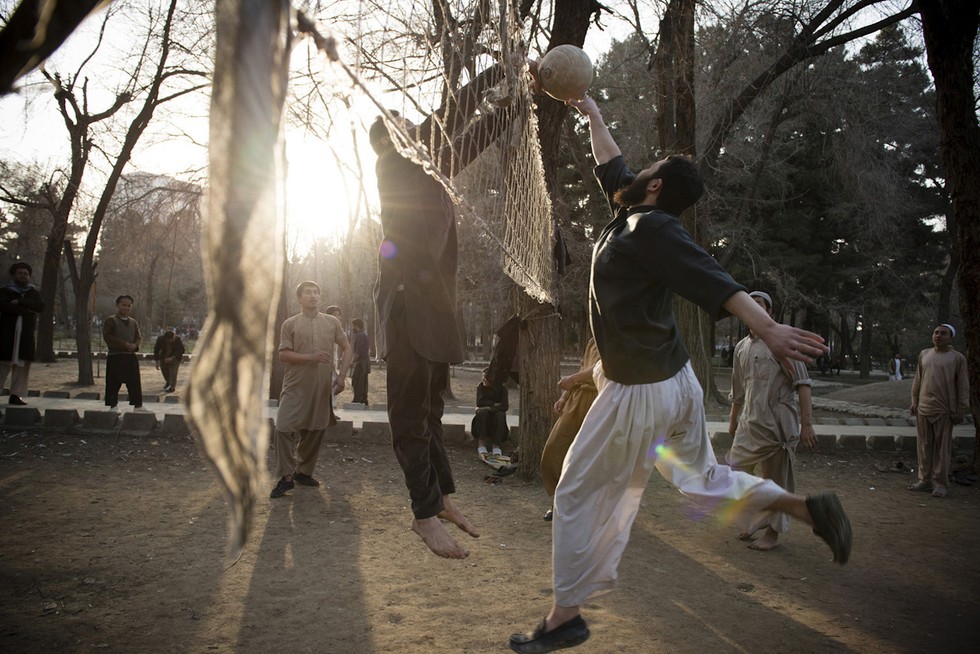 KABUL, AFGHANISTAN | 2015-03-12 | "Every Friday the Shahre Now park fills up with hundreds of young Afghan men who come to the park to play volleyball, soccer or cricket." 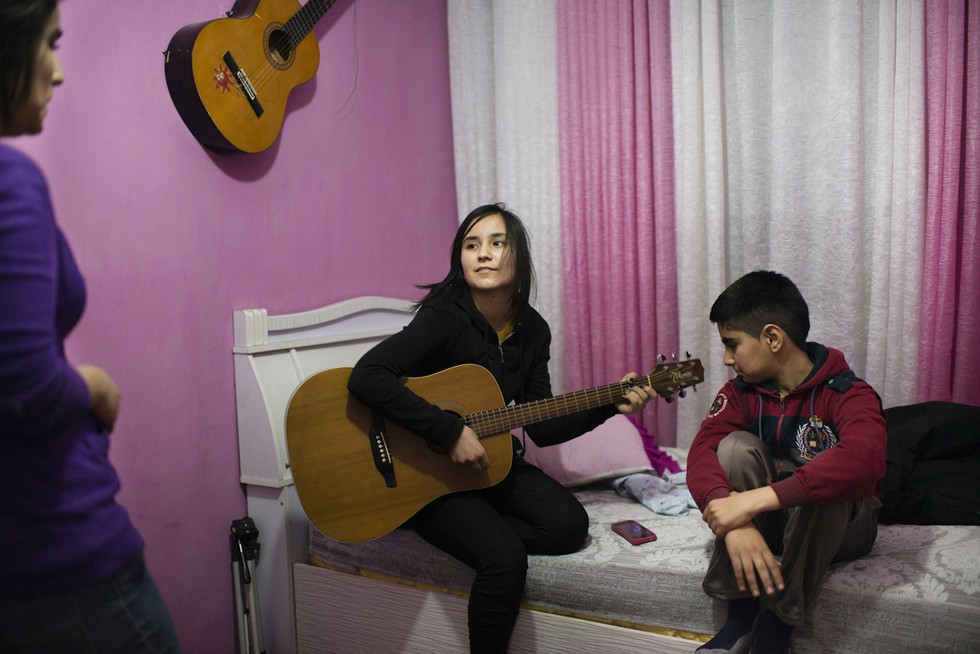 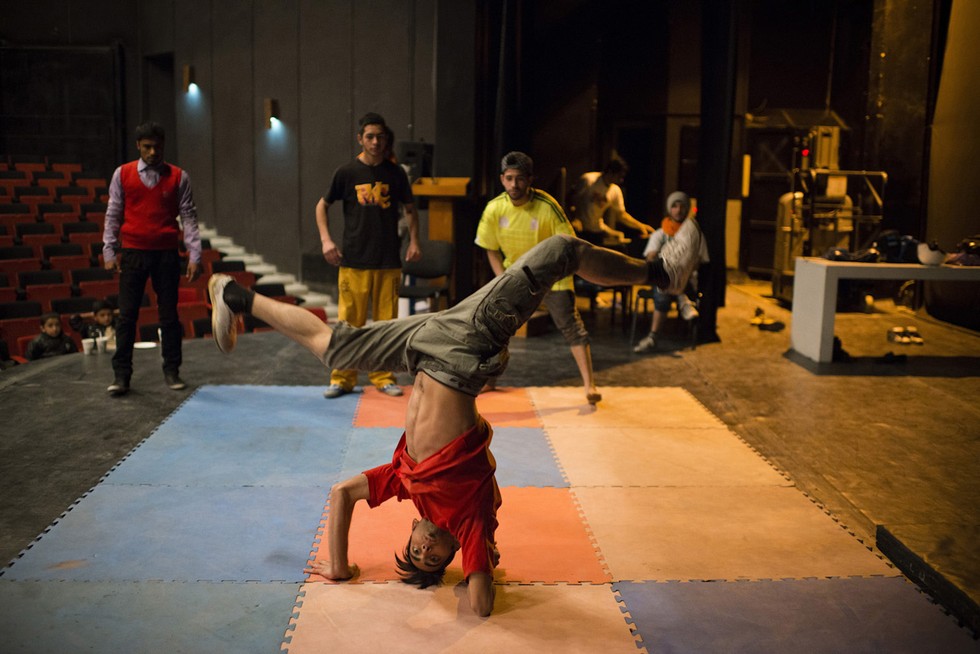 KABUL, AFGHANISTAN | 2014-12-07 | "Members of Afghan Dream practice and rehearse inside Lycee Istiqlal. The crew is made up from several b boys (mostly with gymnastics background) and two b girls and had been coming together at the school every afternoon to practice for a break dancing contest in India. A few days after these photos were shot, a suicide attack was carried out in the same amphitheater, leaving one dead and several injured. All the members of Afghan Dream got away from the incident safe but haven't been able to find a safe place to practice since then."

I grew up in Iran. I moved to Canada when I was seventeen and in 2011 went on the road –- backpacked, photographed in Iran for two years, and went to Afghanistan in December 2014. I went to Afghanistan on assignment and stayed because as much as it had been covered, there were stories I was seeing that I never saw in the media.

Why do you tell those stories through the lens of young people?

Middle Eastern youth are very complex people. Born between 1980 and 2001, they are a generation that has only known war, a generation that no one really knows about. They are facing issues of identity relating to culture, sexuality, and religion.

And in Islam those issues are especially pronounced?

Because of the culture in the Middle East, people end up living several identities and hiding parts of themselves from society.

I'm gay, and my dad is Muslim. I know exactly what you mean but most don't. Having seen so much of this duality, what exactly does it look like?

I lived that life, too. I grew up in Iran where my mom came from leftist communist culture and my dad wasn't as religious as his family. I grew up hearing, "If anyone at school asks you if your parents pray, tell them we pray." Growing up, I was always questioning, why do I have to lie that my parents don't drink, that we don't have satellite TV? Then as a teenager, when I started going to parties, I hid that life from my parents. The photos I take show young people dancing, drinking, playing music, young women boxing.

What are the consequences of living life like that?

The young people I photograph are as resilient as they are repressed. All these countries in the Middle East suffer from some repression and they're all fighters.

But like I've said, they're an extremely complex people -– many pretend to be very open-minded but they've been brought up in very restrictive environments. You see certain triggers and they'll be very conservative. Like Afghan guys pretend to be supportive of women, and you have discussions with them and they don't give rights to the women around them –- sisters, mothers, wives. And though having sex before marriage is very common in the Middle East, it's not accepted. But guys go and sleep around and when it comes to being married, they need a virgin. There is this sense of being stuck in-between cultures.

Why is it important to tell these stories through photography?

The media gets interested in one thing and it's all they promote. The Middle East is more than what the media covers. By seeing photographs of young people like you at a party, you relate to them. On a larger scale, in Afghanistan, the next time someone makes the decision to bomb, I hope they won't think of those they are bombing as 'others.' Youth is youth -– no matter where you go –- whatever culture you come from.

They are the same, but they're different too. What does it mean to be a generation that only knows war?

How do you get these young people to be in your photos?

I couldn't have done it in a month. I spent a year living with them. People need to know you, need to trust you. In order to photograph in underground bars I went ten times, I had drinks with my camera on my shoulder. On my tenth visit I took my camera out.

You're telling important stories in Afghanistan -– you've shed light on women's issues with a project focusing on the hijab. You're telling LGBT stories when it's such a dire, pressing issue. What's next for you?

I'm continuing this project to photograph youth in war-torn or highly oppressed countries. I'm going to the Congo, and South America, and I want to shoot the Syrian refugee youth culture that is taking shape in Europe.

These aren't easy assignments. What keeps you going?

The surprise. I love sitting behind my desk and hearing or seeing people's reaction of surprise.

The surprise of what?

How similar these people are to them. That these are normal people.

Caption: TEHRAN, IRAN | 2013-03-31 | "Shahin and Sasan chill out at a private boutique in Northern Tehran waiting for Amir to finish his tanning session. As they live an unusual and out of norm life style, most of their activities happen after hours and underground. "