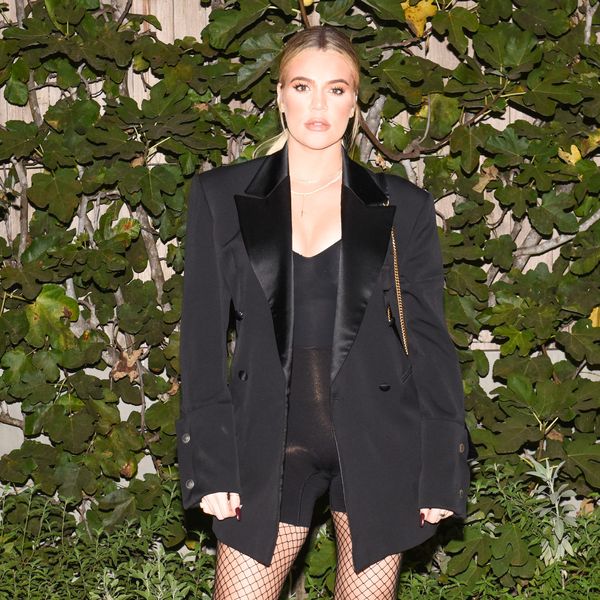 Kim Kardashian Held Khloé's Leg Up While She Gave Birth

Khloé Kardashian just added another member to one of America's pop culture first families. She gave birth to her first child, a baby girl, yesterday morning at the Hillcrest Hospital near Cleveland. She was surrounded by her sisters Kim Kardashian West and Kourtney Kardashian, as well as her mother, Kris Jenner.

Kim tweeted about the baby this morning, saying, "You guys she's so gorgeous!!!!!" She also mentioned, in another tweet, that she held up Khloe's leg while she was giving birth, a favor which apparently Khloé did for Kim, too.

Kim said, "I'm so happy for you! Your baby girl is so beautiful! You are so strong, you made that look so easy! I can't wait for our baby girls to grow up as best friends the way we are! I'm so happy I was able to return the favor of holding your leg while you pushed LOL."

Khloé is the third Kardashian to give birth this year. Kim had her third child, Chicago West, via surrogate in January. And, after much public speculation about whether or not she was pregnant, Kylie Jenner gave birth to her first child, daughter Stormi Weber, in February.

Given the incredibly close bond the Kardashian siblings have, and the numerous #nationalsibilingday posts they made, Kim fulfilling her sisterly duty comes as no surprise, but is nonetheless a sweet bit of pop culture trivia for a Friday afternoon.