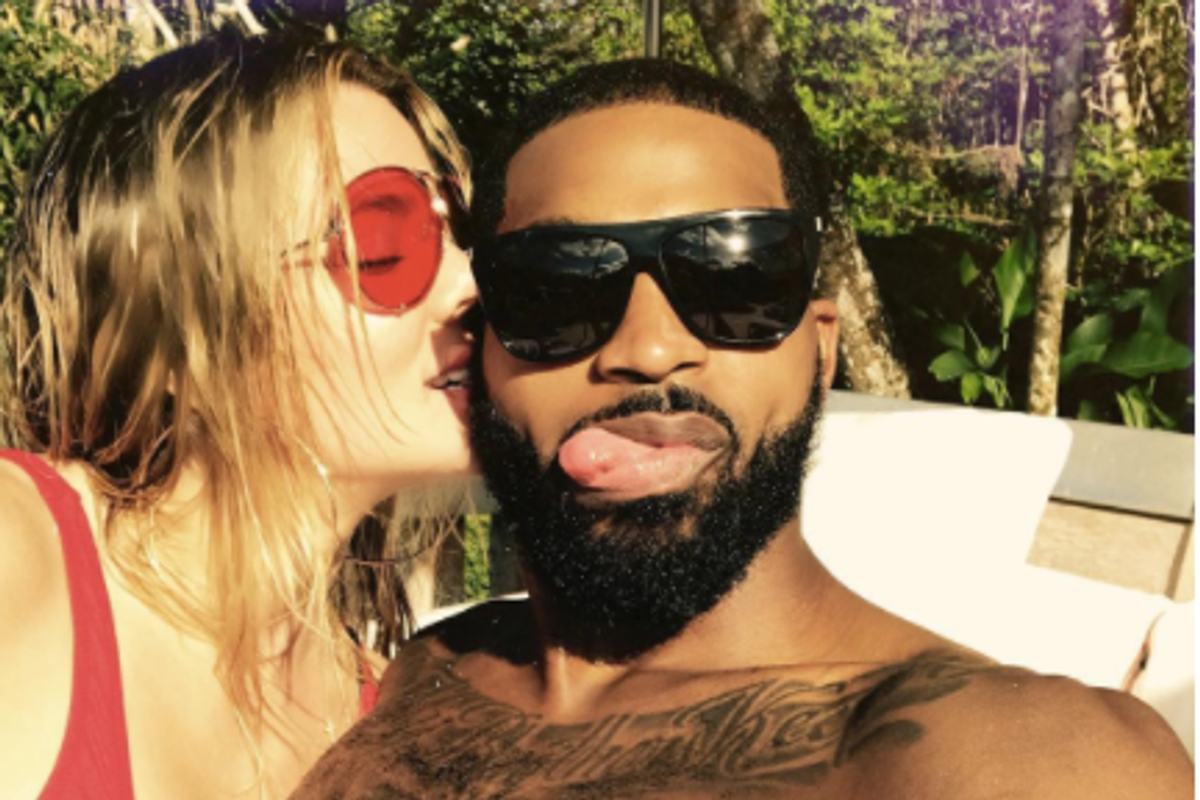 TMZ reports that Khloe Kardashian is three months pregnant with her boyfriend NBA player Tristan Thompson's baby. This news broke just a few days after it was reported by multiple sources that Kylie Jenner and Travis Scott are expecting a baby, and that Kim and Kanye are using a surrogate for their third child. Though it may just be more fodder for the rumor mill (especially as the Keeping Up With The Kardashians ten year anniversary special just aired Sunday), if it's all true then there will be three new members of the Kardashian-Jenner clan soon to come.