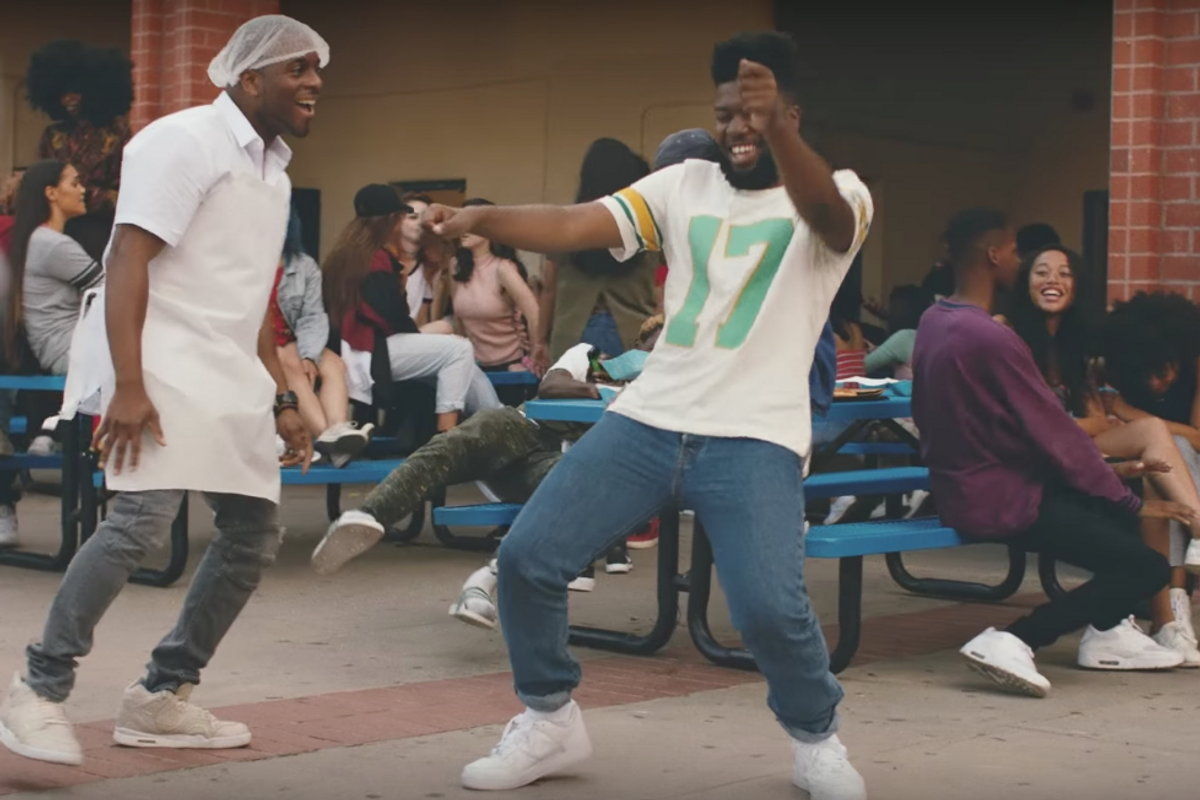 19-year-old singer-songwriter Khalid burst onto the scene after Kylie Jenner played his song "Location" in the background of one of her snaps earlier this year, and he's stayed steadily in the spotlight ever since. He's appeared on a number of nightly talk shows, been nominated for a Teen Choice Award and a VMA, and now he's released the video for his new, highly catchy single, "Young Dumb & Broke" off his album American Teen.

The video, directed by Calmatic (Anderson .Paak's "Come Down" and Zayn ft. PARTYNEXTDOOR's "Still Got Time") shows Khalid as a high school senior on his last, lazy day of school. It features a number of cameos by high school icons, like "Saved By The Bell's" Dennis Haskins, Kel Mitchell of Good Burger fame, Wayne Brady and Rachael Leigh Cook from She's All That. It's a must watch.