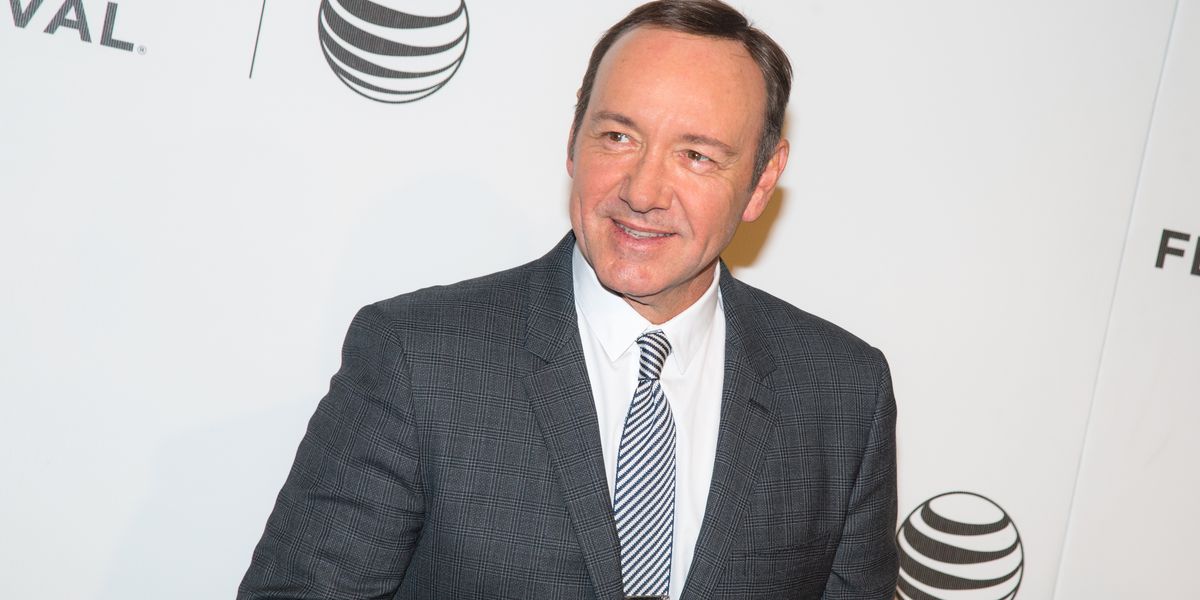 Star Trek: Discovery's Anthony Rapp told BuzzFeed News yesterday that in 1986, Kevin Spacey invited the then underage actor to a party at his house, culminating in Spacey physically carrying Rapp to bed and trying to have sex with him. Spacey would have been 26 at the time; Rapp was 14.

"My stomach churns," Rapp says of the incident. "I still to this day can't wrap my head around so many aspects of it. It's just deeply confusing to me."

Rapp said Spacey befriended him when he was in Precious Sons with Ed Harris, as Spacey was also starring on Broadway at the time in the revival of Long Day's Journey Into Night with Jack Lemmon. Rapp and Spacey reportedly met at a wrap party attended by multiple shows' casts, and Rapp that after going out with the actor and his friends, Spacey invited him to a party at his home.

Rapp says that as the youngest person (and only child) at the party, he got bored and turned on the TV, not realizing that everyone had left until Spacey came to him "drunk" and picked him up and carried him to bed.

"He was trying to seduce me," Rapp says. "I don't know if I would have used that language. But I was away that he was trying to get with me sexually." Rapp says he managed to "squirm" free from under Spacey and after pulling himself together in the bathroom, told him he was leaving.

"He followed me to the front door of the apartment, and as I opened the door to leave, he was leaning on the front door[frame]. And he was like, 'Are you sure you wanna go?,'" Rapp recalls. "'I said, 'Yes, good night,' and then I did leave."

"The older I get, and the more I know, I feel very fortunate that something worse didn't happen," Rapp says of the experience. "And at the same time, the older I get, the more I can't believe it. I could never imagine [that] anyone else I know would do something like that to a 14-year-old boy."

Rapp says he saw Spacey again when the House of Cards actor visited the set of the 1993 film Six Degrees of Separation. Seeing Spacey made Rapp feel panicked. "It started to occur to me: What am I supposed to do if I ever work with him?" Rapp says. The pair also saw each other at the 1999 Tonys. "Does he have any recollection? Is there any feeling about what happened?," Rapp wondered at the time. "Does he regret it?"

Rapp says he met with a lawyer at one point to discuss the encounter, but he was told "there was no case worth pursuing." He told several friends about the incident, and also told the story in a 2001 Advocate interview in which Spacey's name was taken out. Rapp says the on-going Harvey Weinstein scandal and the waves of women (and a few men) that have come forward with stories of sexual abuse and predation in Hollywood inspired him to come forward again with his story.

"Part of what allowed the Harvey situation to occur was that there was this witting and unwitting conspiracy of silence," Rapp says. "The only way these things can continue is if there's no attention being paid to it, if it's getting forgotten."

Everything I wanted to say about my experience is in that article, and I have no further comment about it at this time.
— Anthony Rapp (@albinokid) October 30, 2017

Spacey has now responded to the allegations by Rapp in a statement on Twitter, saying that he does not recall the incident in question, but apologized nonetheless for his "deeply inappropriate drunken behavior." Spacey also officially came out in the statement, confirming the long-circulating rumor that he is gay.

"I honestly do not remember the encounter, it would have been over 30 years ago," Spacey said. "But if I did behave then as he describes, I owe him the sincerest apology for what would have been deeply inappropriate drunken behavior, and I am sorry for the feelings he describes having carried with him all these years.

He added, "This story has encouraged me to address other things about my life. I have loved and had romantic encounters with men throughout my life, and I choose now to live as a gay man."

You can read the full statement below:

Spacey is being criticized for coming out in the same statement in which he apologizes for his alleged attempted sexual assault of a minor, saying it both undermines his apology to the victim and implicates homosexuality in sexual misconduct.

Kevin Spacey has just invented something that has never existed before: a bad time to come out.
— billy eichner (@billyeichner) October 30, 2017

Kevin Spacey sexually assaulting a minor has nothing to do with homosexuality. Also, someone should explain this to #KevinSpacey.
— Aimee Carrero Rock (@aimeecarrero) October 30, 2017

No no no no no! You do not get to “choose" to hide under the rainbow! Kick rocks! https://t.co/xJDGAxDjxz
— Official Wanda Sykes (@iamwandasykes) October 30, 2017

Coming out as a gay man is not the same thing as coming out as someone who preyed on a 14-year-old. Conflating those things is disgusting
— Richard Lawson (@rilaws) October 30, 2017

The distance we've had to walk to get away from the notion that we're all pedophiles is significant.
— Richard Lawson (@rilaws) October 30, 2017

For a famous person to deflect these accusations with a long-in-the-making coming out is so cruel to his supposed new community it stings
— Richard Lawson (@rilaws) October 30, 2017