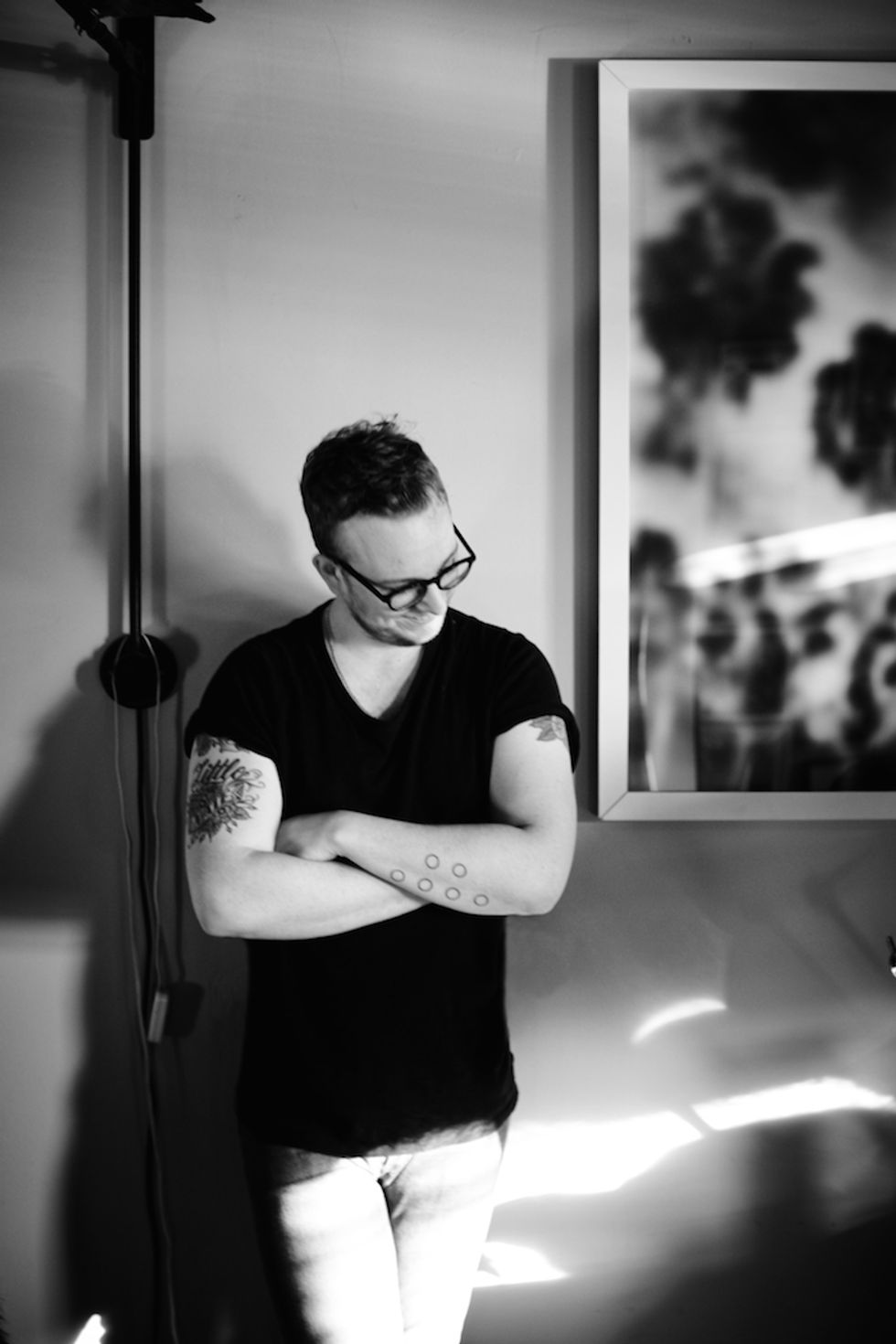 Kevin McEnroe Makes His Literary Debut with a Novel, Our Town

by Mickey Boardman
PAPERMAG
Photograph by Douglas Friedman
Welcome to our new column The New Royals, in which we introduce you to the noteworthy youngsters we know are destined for fame. Some will actually be from royal or princely families, others will be the brethren of showbiz's kings and queens. Whatever the case, they'll be fabulous.

Next up: Kevin Jack McEnroe, the son of tennis and acting legends, John McEnroe and Tatum O'Neal. McEnroe is actually the third generation of his family to be in the spotlight, his grandparents being actors Ryan O'Neal and Joanna Moore and it's Moore who's the protagonist of his debut novel, Our Town. While some people with Kevin's lineage avoid the topic, he addresses it head on.

Tell us about your novel Our Town.

My novel is about Dorothy White, who is based on my grandmother, Joanna Moore. I met her a few times, and I only remember one of those meetings -- she told me not to smoke, ever, while lighting one cigarette to another. Soon after, she died of lung cancer. As I got older, though, I found that she had a unique ability to get in her own way. It was as though she didn't feel she deserved success so she sabotaged it, in some capacity. When I decided to write about her I wanted to figure out why. I'm not sure I ever really did, but one thing I did figure out was that Los Angeles didn't help. For her, people in shorts and flip-flops meant you were on vacation, and so she lived her life as such. In that way, Los Angeles, and the greater California area, became a character in itself, which is why I called it Our Town.

Should we assume from the book that you're not a fan of Hollywood?â�¨â�¨

In a certain sense, I am a fan of Hollywood. I am a fan of people attempting to realize an almost impossible dream, and I appreciate those people for doing so. But for me, and for Dorothy, the "Hollywood" mentality, as we understand it, can be very harmful. It requires such a remarkable belief in yourself, because casting directors tell you you're too old or too young, too black or too white or, most hurtfully, that perhaps you just don't have "it" -- and it can make you begin to look inward. And if you're afraid of your own brain, then this can be a very damaging thing. It's as though Hollywood provides a light at the end of a tunnel. However, if the light begins to feel too far away, then it can be easier to turn around, back into the darkness. Because the darkness is familiar. The darkness we know. And when you become comfortable in the dark, then you see the Hollywood that scares me. Because when she and I turn backwards, there's a lot more people there to be around. There's a lot more things to do. People have given up already, so there's no more competition. And maybe that's not so bad. â�¨â�¨

One review said your writing brings "shrewd, melancholy knowledge of celebrity and its discontents." What do you think about fame? â�¨â�¨

Fame has always been hard for me. Getting a nice table at a restaurant, with my dad, has paled in comparison to some of the "melancholy" that being his son has provided. I was arrested last year, and far worse than spending twenty hours in jail -- in the New York City tombs -- was being on the cover of the New York Post as John McEnroe's son, arrested. I didn't care about the work I'd have to put in, or the understanding that I'd fucked up so entirely. But the fact that that's all I became -- a celebrity's son, doing what a celebrity's son does -- that's what did me in. That's what broke me. And so, in that way, celebrity has bitten me hard -- I'm not sure I've healed. But that doesn't mean that what I wrote -- in Joanna's honor -- shouldn't be in the world. Even if I find my celebrity unbecoming, she needed to be realized. She's more important than me. She's my everything. â�¨â�¨

Why a novel? Do you have any interest in screen or TV writing?â�¨â�¨

A novel because she needed a novel. But yes, I want to make this into a TV show. There isn't an adequate female anti-hero on television, and Dorothy should be that. My editor called it "Mad Men on the PCH." I liked that.
You May Also Like
Music