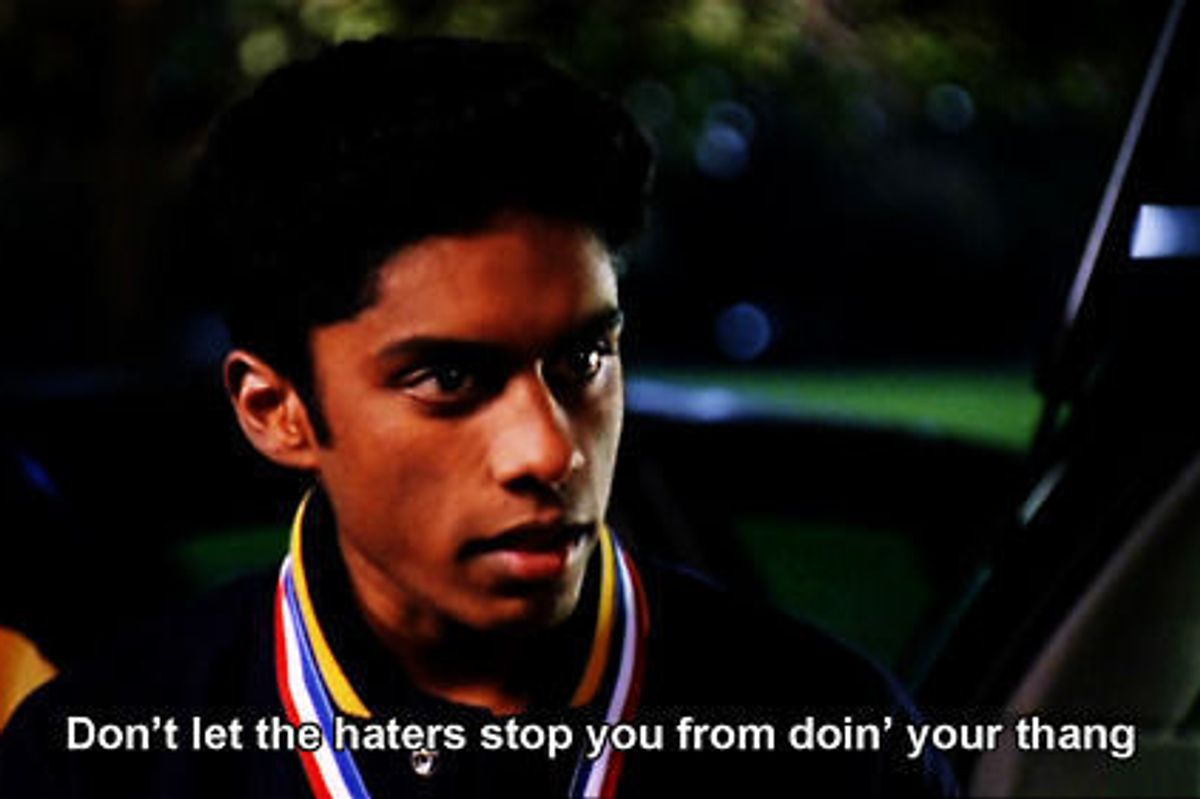 Reminder: Kevin G from Mean Girls Is Hot and a Calligraphy Artist Now

The glo-up is REAL.

Before Lil Wayne rapped the lyrics "real G's move in silence like lasagna," there was another silent G: Kevin G.

G., to the unfamiliar, is the nickname of Kevin "the G's Silent When I Sneak in your Door" Gnapoor, the hilarious Indian mathlete-rapper from the classic teen movie, Mean Girls.

And, in a surprising plot twist uncovered by Cosmo, it turns out the actor who plays Kevin G., Rajiv Surendra, is now a super-hot chalk and calligraphy artist who lives in Toronto.

The "actor who played Kevin G is now hot" piece is seemingly written about annually online. (See exhibits A, B and C). Worse, this trend asks us to partake in the sick, sick lie that Surendra wasn't always hot -- but a chalk calligraphy artist? Whose work has been featured in the New York Times and the Daily News? Who knew?

Surendra chronicles his intricate designs on the insta account @lettersinink.

Here's a sneak peak. The glo-up is REAL: