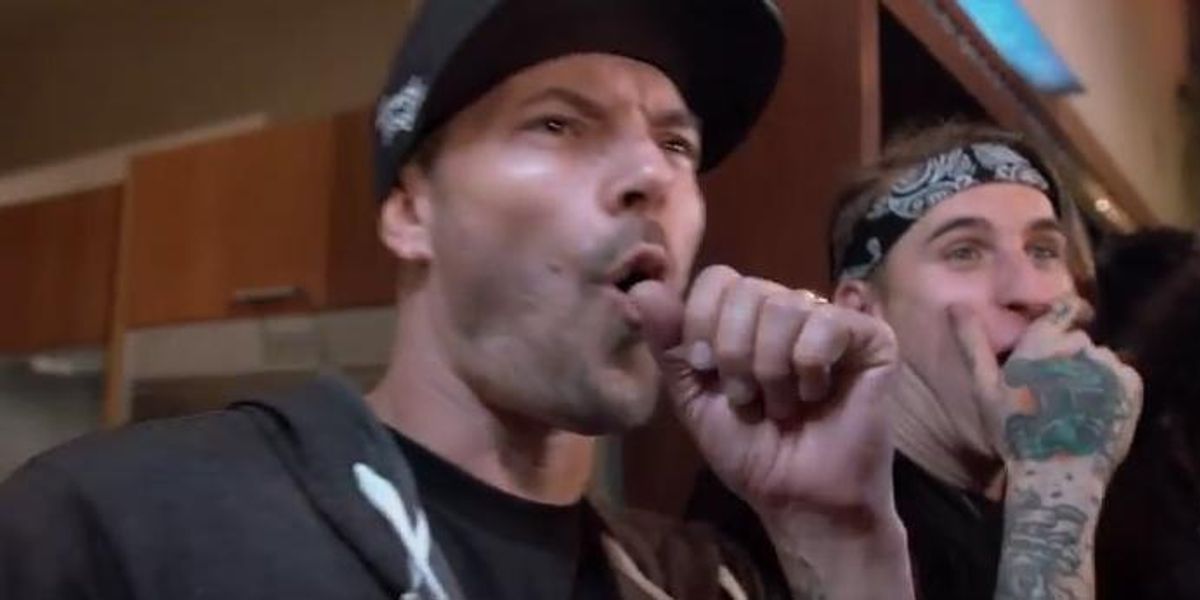 The Gods Are Merciful: Kevin Federline Has Made His Triumphant Return To Rap

Kevin Federline, the former baron of Von Dutch Barron and ex-husband of Queen Britney, has released a new rap song "Hollywood," as well as an accompanying video.

...and white rapper Crichy Crich, an associate of Aaron Carter...


KFed and Crich break into a chic Hollywood Hills party, where a ton of debauchery is going down...

...including A-Dick, making a reference to Amber Rose's "fingers in the booty" tweet to Kanye West a few months back.

The #fingersinthebooty business makes another cameo later on.

The rest of the video consists of Kevin standing by the Jason Mewes lookalike as he repeats this gruesome manifesto:

"Hollywood, I been drinkin' all night/she been sniffin' all white/everythang is all right."

Brb, walking into the sea.