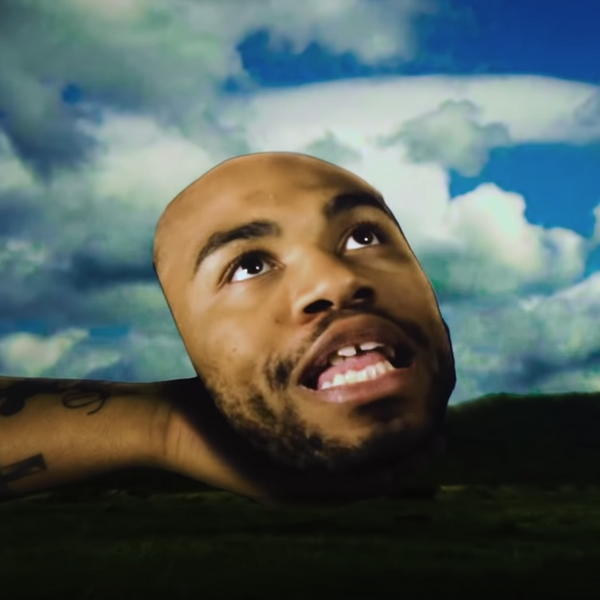 What Is Kevin Abstract Up To?

Kevin Abstract definitely has something cooking.

The Brockhampton leader first hinted at a possible return last month when he broke his social media silence to share his finsta. A cross between a moodboard and tour diary, the newly revealed account seemed to offer fans a roundabout explanation for the queer rapper's conspicuous absence in recent month,s and brought with it the promise of new material — a promise that "THE 1-9-9-9 IS COMING."

Abstract dropped an extended preview last night of what looks to be his first solo work since his 2016 album American Boyfriend: A Suburban Love Story. The trippy clip features the disembodied head of Abstract rapping in front of a pastoral field before falling into the fiery pits of a cartoon hell, reminiscent of a Flying Lotus film. Through a bit of savvy Shazam-ing, fans also soon discovered that the name of the track appears as "Big Wheels" when searched, further stoking unconfirmed album rumors.

In addition to directing a video for Florida rapper/singer Dominic Fike, which was quietly released last week, Abstract has been steadily dropping breadcrumbs for the past month. Posting snippets of songs, album art, and a cryptic list of three dates (the 11th, 18th, and 25th) which all mysteriously line up with each Thursday in April, Abstract has yet to officially announce anything. But it seems that the tentatively titled project, ARIZONA baby, might be coming sooner than we'd initially expected.