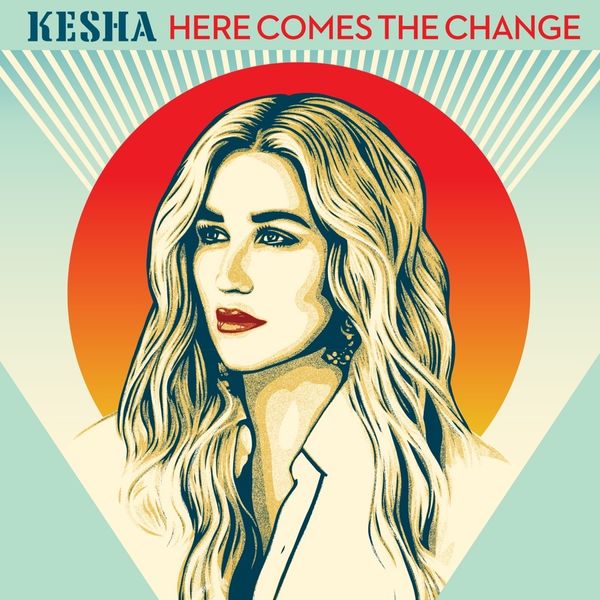 In these dark times, we look for a voice to lead us into the light. And here she is: Kesha has written an acoustic '60s-style protest song, "Here Comes the Change," for the soundtrack of the upcoming Ruth Bader Ginsberg biopic On the Basis of Sex. She released it today with an appropriately empowering lyric video that encourages young people to vote in the midterm elections.

In an essay for Refinery29, Kesha explains that her hero Bob Dylan inspired the song's activist spirit. "My musical idol Bob Dylan was blunt in his songs during the civil rights movement and the Vietnam War," she writes. "And so I wanted to try to write words that would help inspire others to rally against hate and division in a way that Dylan did."

On the Basis of Sex, which stars Felicity Jones, focuses on Bader Ginsberg's early career struggles as a female lawyer rising up in a male-dominated field. The movie's premiere is timed to coincide with Justice Ginsburg's 25th anniversary on the Supreme Court. You could also say the timing works well with the current controversy around Brett Kavanaugh's nomination.

Kesha says she was inspired by Ginsberg's long career as a dissenting voice in the Supreme Court: "One person may not be able to fix every problem. But we can certainly leave things better off than we found them. We know this because that's exactly what people like Ginsburg have done."

You can watch the lyric video for "Here Comes the Change," below, and find out more info about voter registration here.