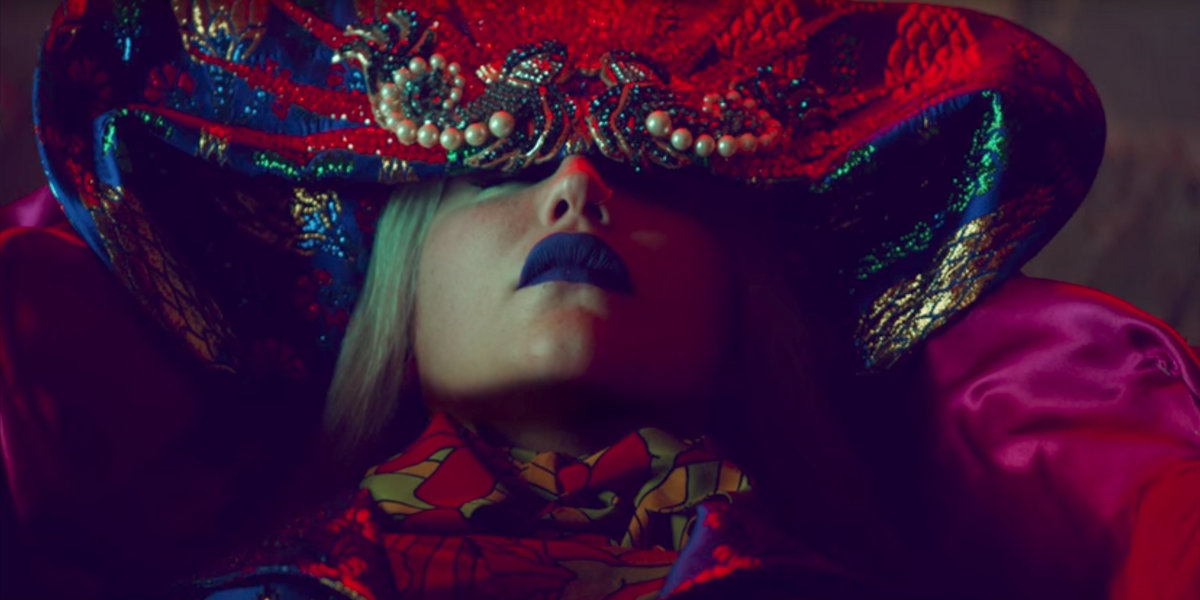 Kesha's back y'all! Her interminable legal battle with former producer Dr. Luke over claims of repeated instances of sexual assault understandably hindered her ability to release new music, but today she came out with a visually arresting music video for brand new song, "Praying." But that's not all! She also announced the impending release of Rainbow, her first studio album in five years! Rainbow will feature collaborations with Eagles of Death Metal and Dolly Parton (!) on a cover of Dolly's "Old Flames Can't Hold A Candle To You."

It's basically impossible not to view this track about pain and salvation in the context of her grueling battle with her accused abuser. It is shot in the beautiful, desolate California badlands and it begins with Kesha in a coffin as two men with pig heads loom over her, and an incredibly raw monologue:

"Am I dead? Or is this one of those dreams? Those horrible dreams that seem like they last forever? If I am alive, why? If there is a God or whatever, something, somewhere, why have I been abandoned by everyone and everything I've ever known? I've ever loved? Stranded. What is the lesson? What is the point? God, give me a sign, or I have to give up. I can't do this anymore. Please just let me die. Being alive hurts too much."

In an essay for Lenny, Kesha explained that "Praying" was written about "that moment when the sun starts peeking through the darkest storm clouds, creating the most beautiful rainbow." She continued:

"In the past couple of years, I have grown into a strong, independent woman. I have realized through this long journey of ups and downs that if I'm lucky enough to have a voice that people listen to, then I should use it for good and for truth. I've battled intense anxiety and depression, a relentless eating disorder, and all the other basic bullshit that comes with being human. I know I'm not alone in that battle. Finding the strength to come forward about these things is not easy, but I want to help others who are going through tough times."

Watch the video for "Praying" below...