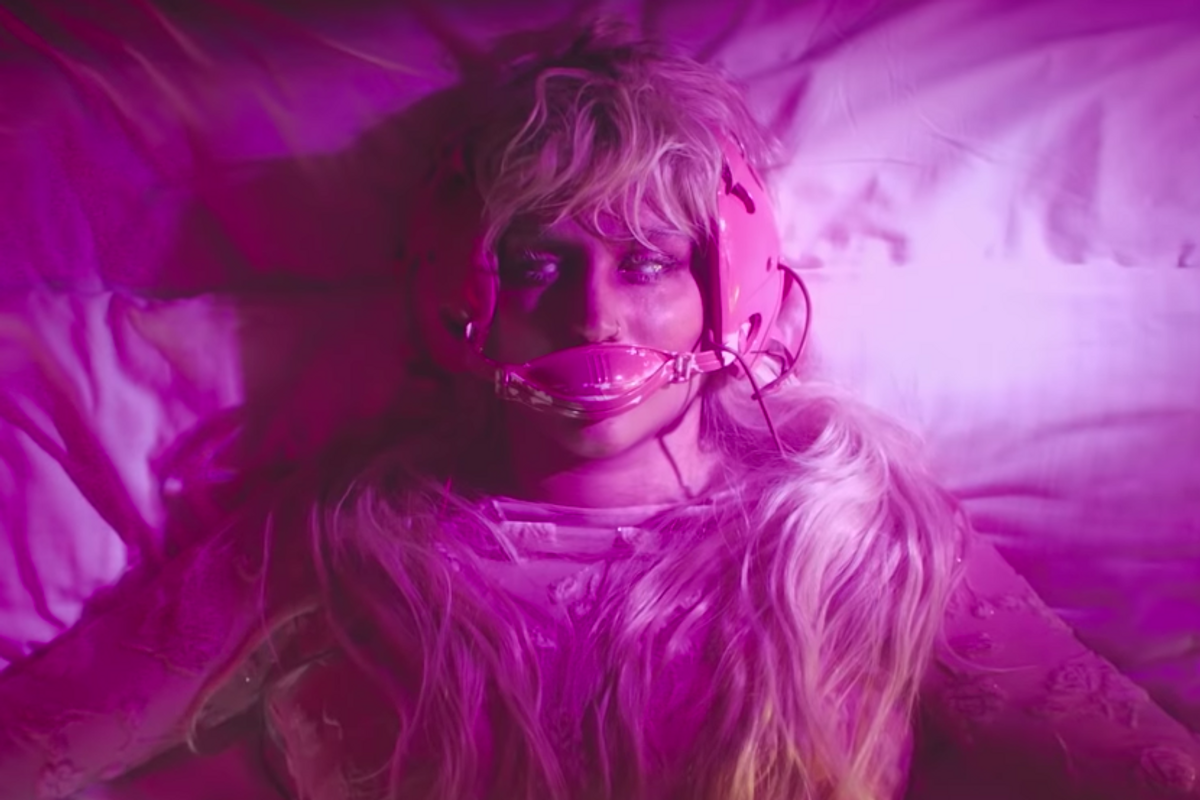 Kesha's 'Rainbow' Documentary Is a Raw Look at Her Life

Kesha, pop star, songwriter and a folk hero for assault survivors and anyone struggling with emotional or mental darkness made her triumphant return to music with Rainbow, a full-length album charting her journey to self-love and freedom. To accompany the album, Kesha's also released a documentary that delves deeper into her creative process and culminates with her powerful and headline-grabbing performance of survivor's anthem "Praying" at this year's Grammys.

"When I wrote Rainbow, I was in a very dark place," Kesha's narration begins. "I was alone. And I was scared. And I was in rehab for an eating disorder that had gotten wildly out of control." She says that she pleaded for access to a keyboard while in rehab, continuing, "Finally, they agreed to give me a keyboard for one hour a day. I knew I had to change and learn to take care of and love myself. Rainbow was the beginning."

The short film combines a mix of art house-style montages, in which the singer revives a sick version of herself, finds her way out of a dark forest and reaches an epiphany next to ocean waves — that reference several motifs from the album. It also includes candid footage of Kesha writing music with Ben Folds and her emotional Grammy rehearsals in which she keeps her mother — a close source of support throughout her tour and career — by her side.

Ultimately, the film provides more than your typical musical documentary by showing the raw vulnerability we've now come to expect from this versatile artist. Stream it on Apple music and watch the trailer below: