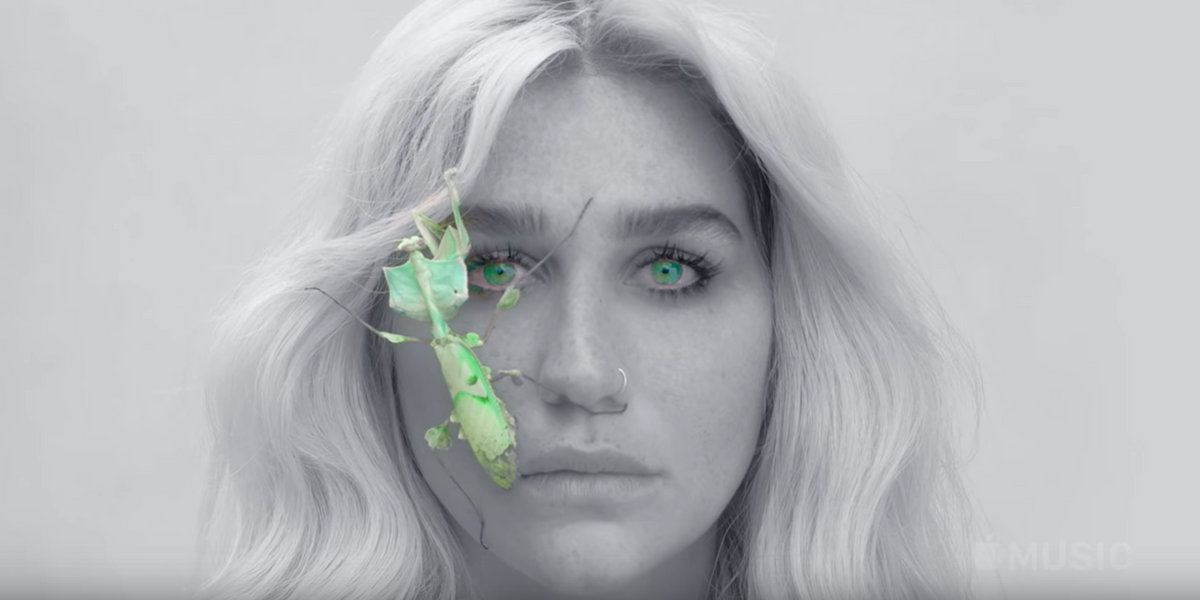 The New Kesha Documentary Is Bound to Make You Cry

Over the past year, Kesha's by now well-documented testimony of being legally trapped in an allegedly emotionally and sexually abusive relationship with mega-producer Dr. Luke moved from the fringes of entertainment news and fandom to the central narrative of her mainstream comeback album and tour, Rainbow. Previously unable to release music due to her contract with Luke's label under Sony, Kesha created an album that came as a roaring battle cry for survivors of abuse. The album rollout culminated a triumphant performance by the singer of her anthemic lead single "Praying" onstage at the problematic Grammy's to support #MeToo (which has so far left the music industry largely unscathed).

Now to celebrate the one year anniversary of Rainbow's release, Kesha will release a behind-the-scenes documentary about the album marked by the emotional rawness and vulnerability we've come to expect from the artist. Directed by Kesha along with her brother Lagan Sebert and Kevin Hayden, Rainbow - The Film follows the creation of the album and contains messages of "self-love, perseverance and strength" according to a press release.

"I hope this film inspires others to never give up even if you feel full of hurt or lost, because after the storm comes a rainbow," Kesha said in a statement. "Depression, anxiety and mental illness are things we all need to talk about more, and there is no shame in asking for help. Making the decision to work on yourself is the bravest thing you can do."

The film mixes BTS moments with psychedelic vignettes and narration by Kesha to tell her story. See the trailer below and look for the film August 10 on Apple Music: