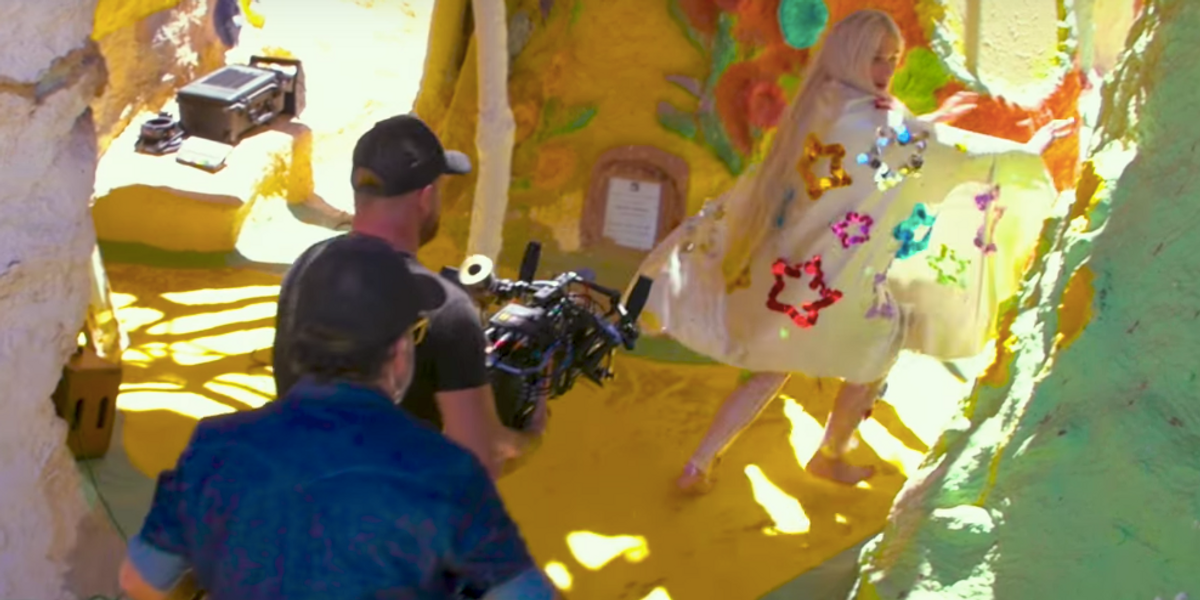 Kesha has released a behind-the-scenes look at the making of her triumphant comeback single, "Praying," off her upcoming album Rainbow.

"'Praying' showcases my voice in a way my voice has never been showcased in my entire life," she says in the video. (That high note toward the end would give anyone chills). The song was her first in four years following her very public case against Dr. Luke, her former producer who she alleges abused her over the course of several years working together.

In the video, Kesha describes the project as "a dream come true," and gushes over working with Swedish director Jonas Akerland.

"It's a psychedelic trip into my mind, I'm like putting my life into metaphors. It's very cathartic; it's like the best therapy session, the longest therapy session ever," she says, adding that ""the video is something I'm so excited for the world to see."

Lyrically, the song was a major turn from her party anthems of the past, but close listeners will know that even -and maybe especially - when singing about debauched nights and glitter in her hair, Kesha was always really singing about a certain type of female empowerment.


"It's me talking about going through hard things and coming out the other side and being ok," she says. "Hopefully it inspires other people they can get through something."