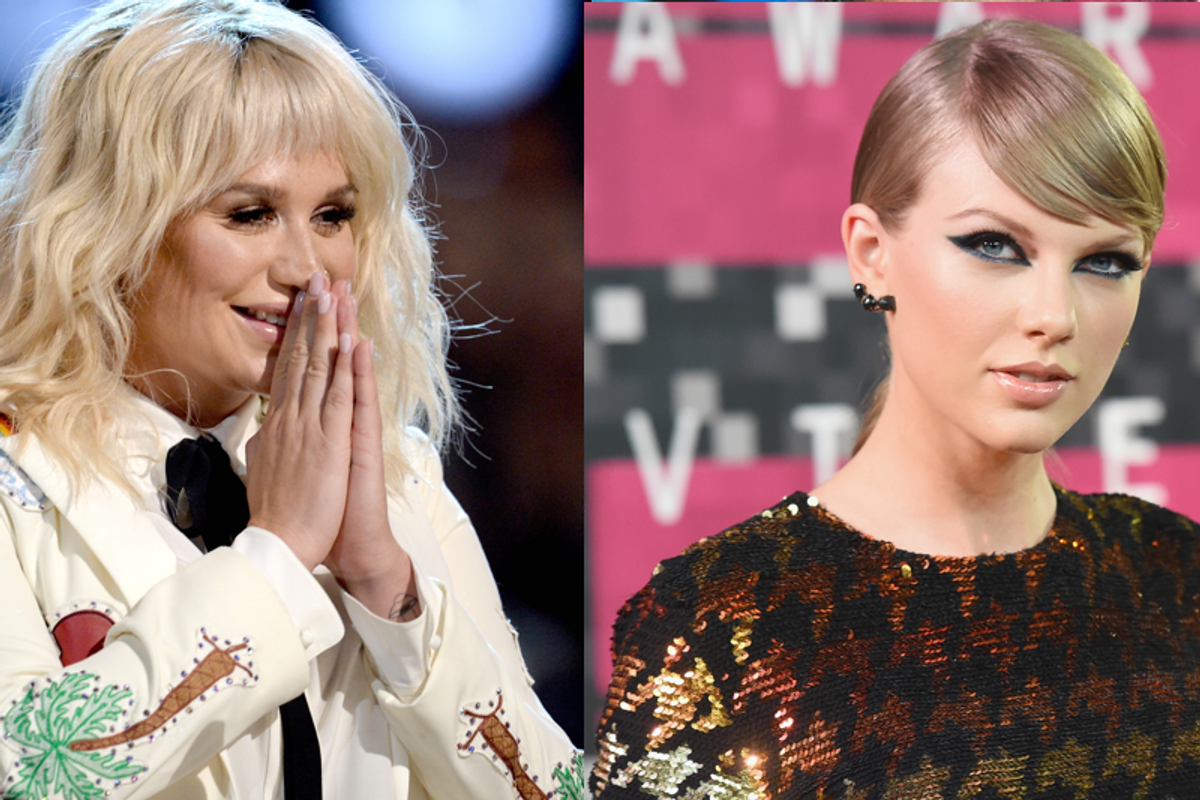 Taylor Swift has spent much of her time last week in court , countersuing the Colorado DJ David Mueller who claims Swift "defamed" him for reaching under her skirt and groping her "bare ass." Yesterday it was announced the judge had thrown out the suit, and Kesha — who is currently still embroiled in a sexual assault case of her own — has reached out to express her admiration for Swift.

Taking to Twitter, the "Prayer"-singer wrote that she supports Swift "always" and admires her "strength and fearlessness." She signed off the message with, "truth is always the answer."

. @taylorswift13 i support you always, and especially right now and admire your strength and fearlessness. truth is always the answer.
— kesha (@kesha)1502717018.0

Taylor Swift donated $250,000 to Kesha last year amidst her legal troubles with producer Dr. Luke, from whom she was trying to break her contract based on claims he had sexually assaulted her. Pop star Demi Lovato then subtly denounced Swift for the move, believing it to be grab for publicity. "Ready for self-proclaimed feminists to start speaking out or taking action for women's rights," she wrote on Twitter.

Kesha released Rainbow, her third album in three years — and her first since her battle with Dr. Luke began — last week.