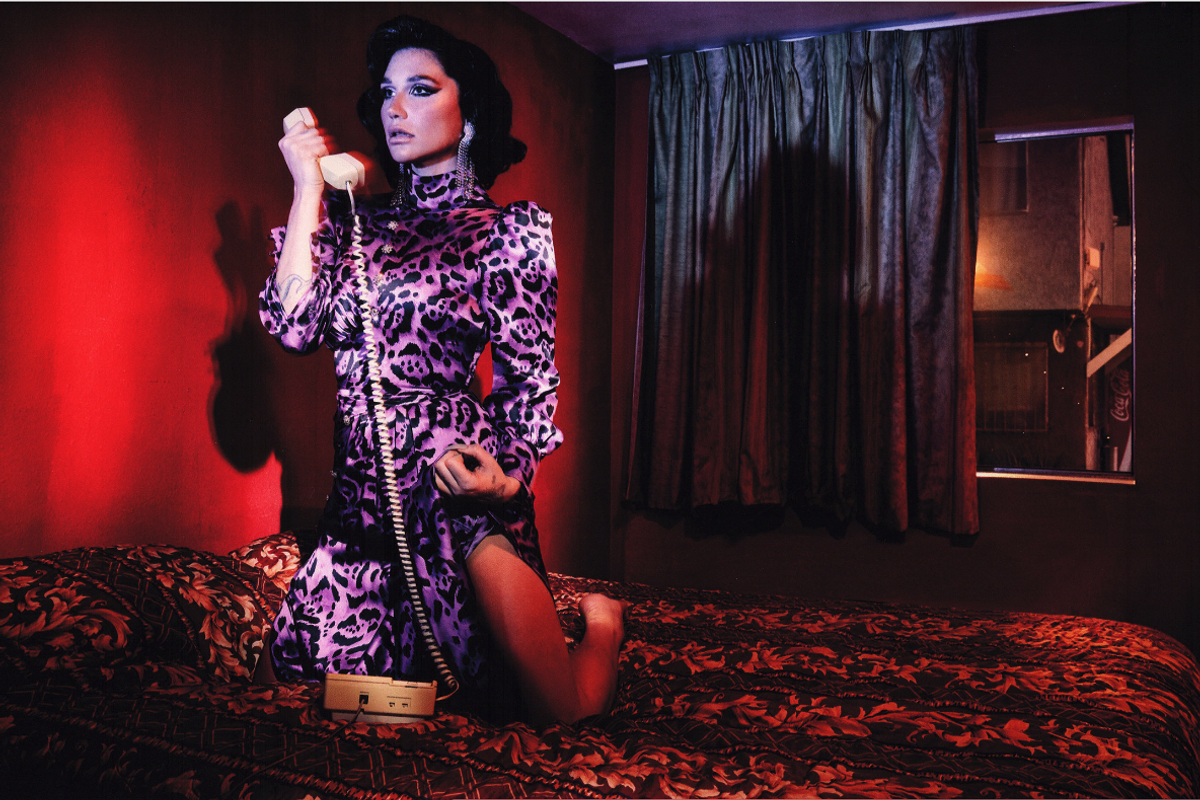 Kesha recently released her new album High Road — a return to the debaucherous joy and autotune-heavy, asinine bangers of her past. Now, her OG party hits are getting their due on TikTok. Where else? She invented TikTok, after all.

"Cannibal," the title track from Kesha's 2010 album of the same name, started blowing up on the platform last week, thanks to a teenager named Briana Hantsch (@ya.girl.bri.bri97) who cooked up some choreo to the the misandrist anthem.

The song was something of a sleeper hit next to Cannibal's "Sleazy," "We R Who We R" and "Crazy Beautiful Life," but its lyrics are handcrafted for a viral dance. Signature moments of "The Cannibal" include miming eating a bowl of human flesh as an autotune voice gurgles "I'll eat you up" and a cute lil chest pop to "Your little heart goes pitter-patter/ I want your liver on a platter."

This dance was the start of it all for me ❤️❤️❤️

The full verse: "I am cannibal (Cannibal, I'll eat you up)/ Whenever you tell me I'm pretty/ That's when the hunger really hits me/ Your little heart goes pitter-patter/ I want your liver on a platter/ Use your finger to stir my tea/ And for dessert, I'll suck your teeth."

Hantsch's "Cannibal" dance has been trending so successfully, Kesha took notice. No doubt hoping to pull a "Truth Hurts" (aka get an old song charting years after its release) she released a brand new lyric video for the decade-old track She also called up the "CEO of TikTok" Charli D'Amelio to make a side-by-side dance video.

Now, her stans are scheming to put some extra wind in "Cannibal"s sails. So far the TikTok momentum has gotten "Cannibal" to #96 on the Canadian Hot 100, and into the Top 200 again on the iTunes charts. Keep streaming, Animals!