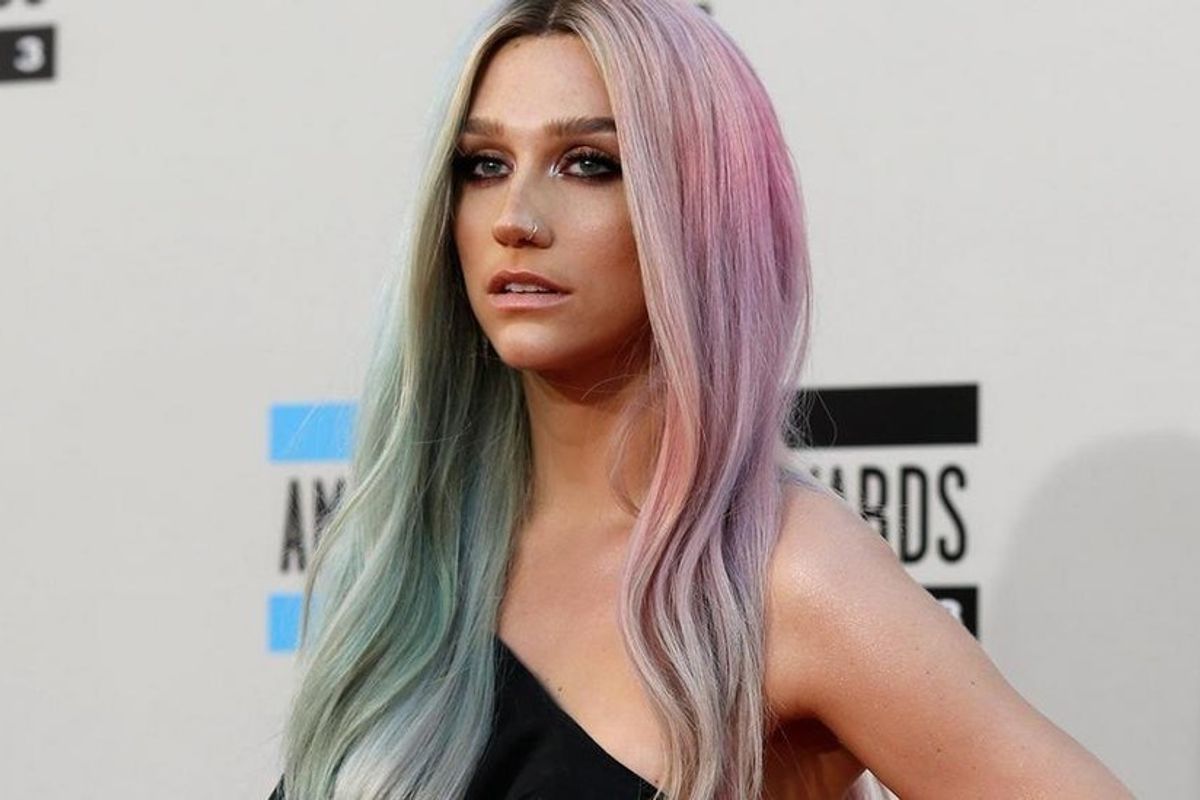 Though Kesha's performance at the Billboard Music Awards was unceremoniously canceled, she's still getting her voice out there. Last night in L.A. she joined Ben Folds--who was slated to play with her at the Billboard Awards--to perform a few covers. First, an achingly emotional take on Bob Dylan's classic "It Ain't Me Babe."

They also duetted on Folds's track "Still Fighting It." (Perhaps this was part of the alleged direct reference to her ongoing battle with Dr. Luke that got Kemosabe Records to pull their approval for the BBMA performance? We'll never know.)

They finished with an upbeat (and slightly scattered) combination of Folds's "Rock This Bitch" mashed up, after a fashion, with Kesha's "Sleazy."

Kesha also posted an Instagram after the show thanking Folds for letting her join him, being "a positive and encouraging human being," and drying her wine glasses with his underwear.