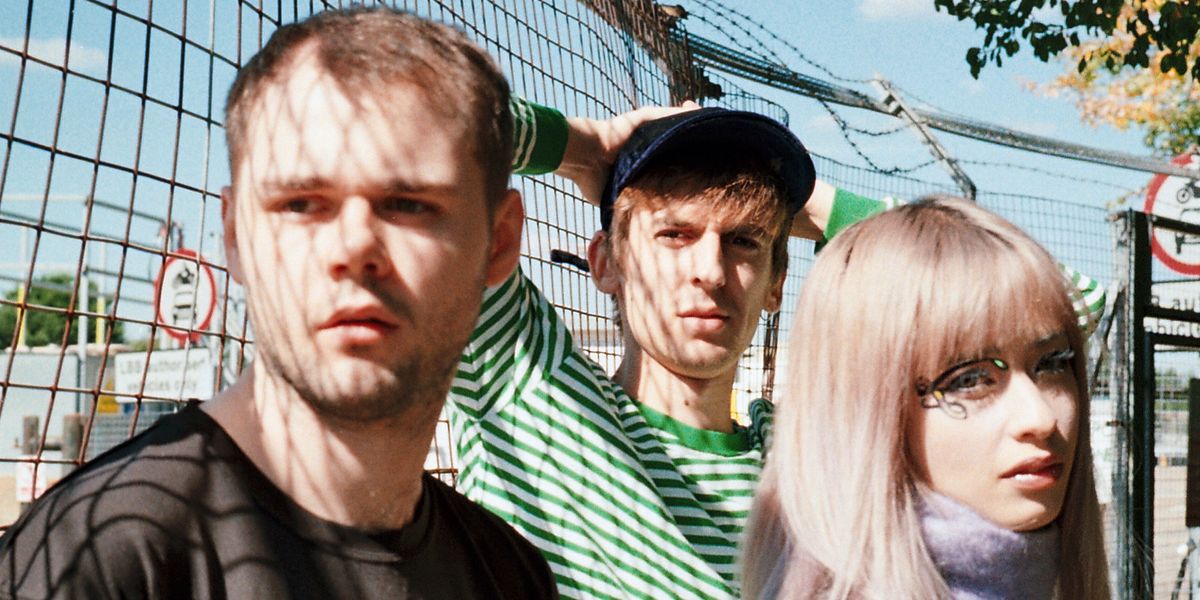 British DIY-pop trio, Kero Kero Bonito, have always brought us a sense of childlike wonder with their whimsical lyrics and cartoonish sonic palette. Hits like "Trampoline" and "Flamingo" featured lyrics with an almost nursery rhyme-like cadence such as "How many shrimps do you have to eat / Before you make your skin turn pink / Eat too much and you'll get sick / Shrimps are pretty rich" which is as absurd as it charming.

But we all grow up at some point. With the release of their latest EP, TOTEP, this summer and the announcement today of their third album, Time 'n' Place, coming soon, it appears that the band has graduated into their angsty middle school phase. Their latest single, "Make Believe," continues in the footsteps of the shoegaze/screamo rock pivot the band has entered, trading in synths for guitars.

The video for "Make Believe," takes a similar approach with a distinct grungy '90s vibe, we see lead vocalist, Sarah Bonito, skipping around a studio being monitored by various machines in her sleep. The grainy VHS fuzz adds to the garage band-like feel as Bonito paints pictures of birds and lets a pet rat scurry around the warehouse space. Kero Kero Bonito ultimately remain as quirky and charming as they've ever been.

Watch the music video for "Make Believe" below and catch Kero Kero Bonito on tour this fall: