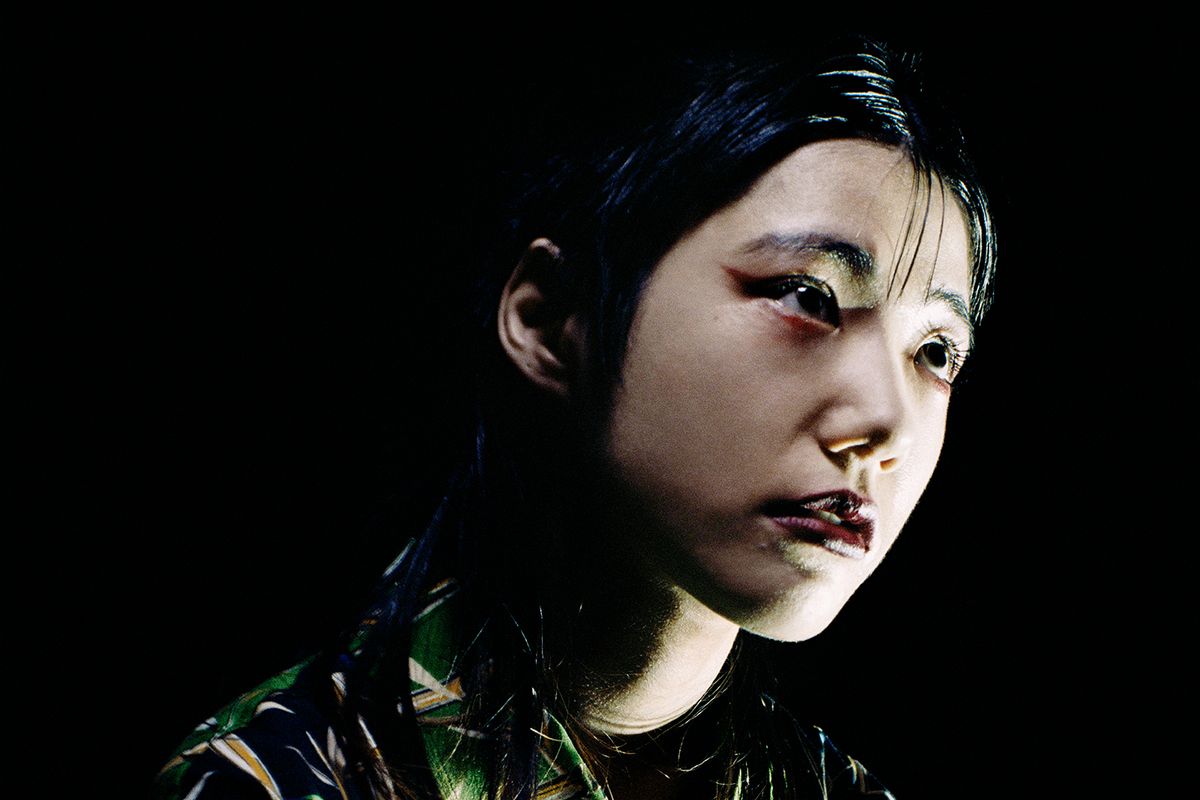 "Le Renard Bleu," a retelling of an Icelandic fable, is the brand's latest folio.

In a visually and sonically stunning new 20-minute film by French fashion house, Kenzo, musicians Midori Takada and Lafawndah explore the Icelandic fable of The Blue Fox. The original story follows a priest-slash-hunter who kills a mysterious blue fox in the wild, which triggers an avalanche, during which the priest goes insane, and spoiler alert: transforms into a blue fox himself.

Related | Britney Spears, the One and Only, Is the Face of a New Kenzo Campaign

For Kenzo's take, called Le Renard Bleu, meaning, of course "the blue fox," filmmaking duo Partel Oliva present the fox in a new light. In ancient Senegalese and Japanese folklore, the fox is a cunning trickster archetype. In Partel Oliva's version, krump artist Qwenga envisions the fox as a spirit animal embodying the duality of order and chaos through lyrical movement.

The choreography and the film's visuals are paired with Takada's vivid and beautifully sweeping soundscapes, in her first composition in almost 20 years. According to a press, Takada was moved to create original music due to her own "preoccupation with the legend of the fox." Lafawndah performs self-penned lyrics complementing Takada's composition, while capturing the fantastical elements of the film's concept.

Le Renard Bleu is the second video in a series called KENZO FOLIO, which aims to explore a variety of global and cultural identities.The first, released last April, was Gidi Gidi Bu Ugwu Ze, Unity is Strength, by photographer Ruth Ossai and director Akinola Davies Jr. Watch the film in full below, and preview looks from the film, shot by CG Watkins. The film and photos will appear soon on Kenzo's and Antenne Books' websites.