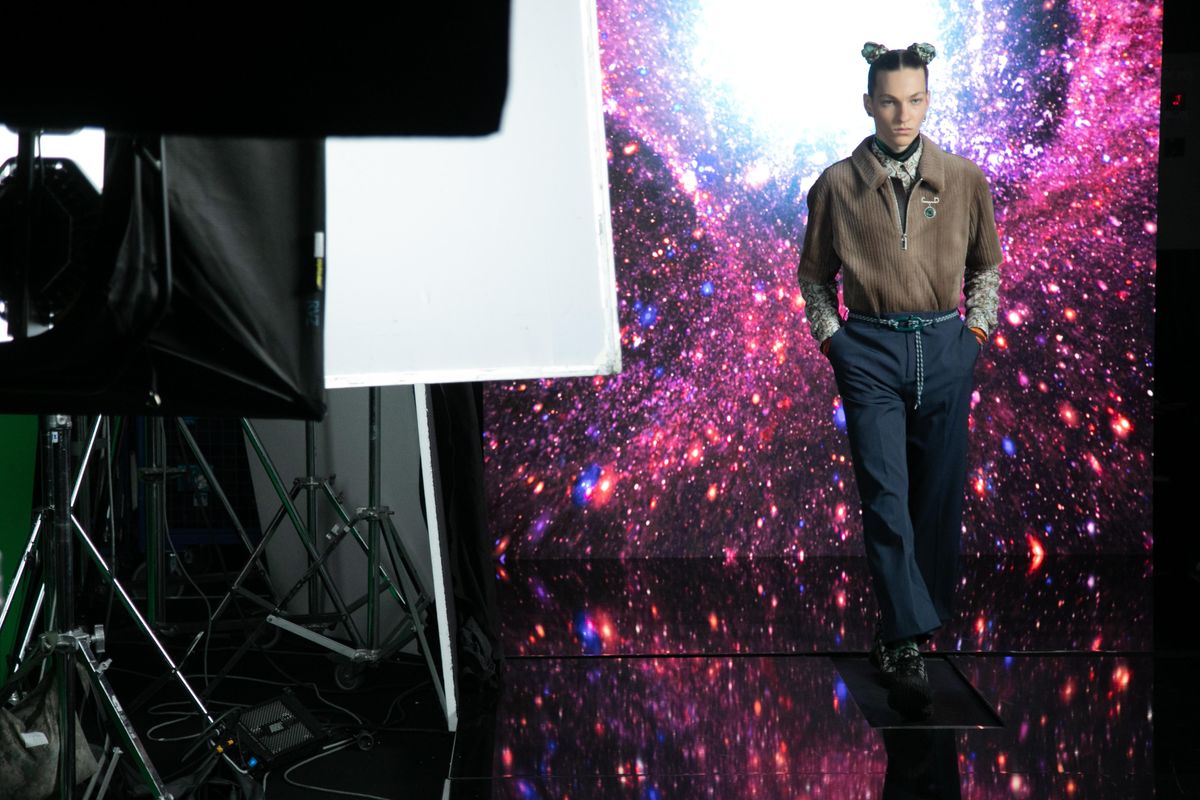 Kim Jones' tenure at Dior Men has been defined not only by his signature mix of luxury softness and streetwear edge but by his fixation with artist collaborations. Kenny Scharf, the inspiration behind the brand's Fall 2021 collection unveiled today, is the latest in a long string of collabs with the likes of Kaws, Daniel Arsham and Shawn Stussy.

Related | Paloma Elsesser on the Legacy of Jean-Michel Basquiat

Scharf burst on the East Village scene in the '80s alongside fellow New York luminaries Keith Haring and Jean-Michel Basquiat. He quickly became known for his psychedelic, cartoon-like paintings, which appear as prints, beaded motifs and embroideries in Dior's trippy, sci-fi lineup.

The making of the collection inside Dior's atelier. (Photography: Valentin Hennequin)

A mix of Scharf's archives and more recent work were commissioned specifically for the Fall 2021 collection, including drawings denoting Chinese zodiac animal characters. Other references include his 1984 "When Worlds Collide" painting and newer artworks like "LA Blobz" and "Koz."

"I wanted to do something quite fun and poppy, because everything's so down at the moment," Jones told WWD. "We just wanted the playfulness of trying to get out of this, where we are at the moment."

The making of the collection inside Dior's atelier. (Photography: Valentin Hennequin)

In lieu of a live fashion show with guests, the brand staged a film with models walking down a runway in front of a space-y backdrop with intergalactic imagery to a soundtrack composed by DJ Honey Dijon (she introduced Scharf to Jones).

"I've worked with so many designers over the years, but never in this kind of depth that I knew was going to take place," Scharf added. "So it's been very fulfilling to me to see all these beautiful creations taken to their fullest — not just a little dabble here and there, like my other ventures in fashion."