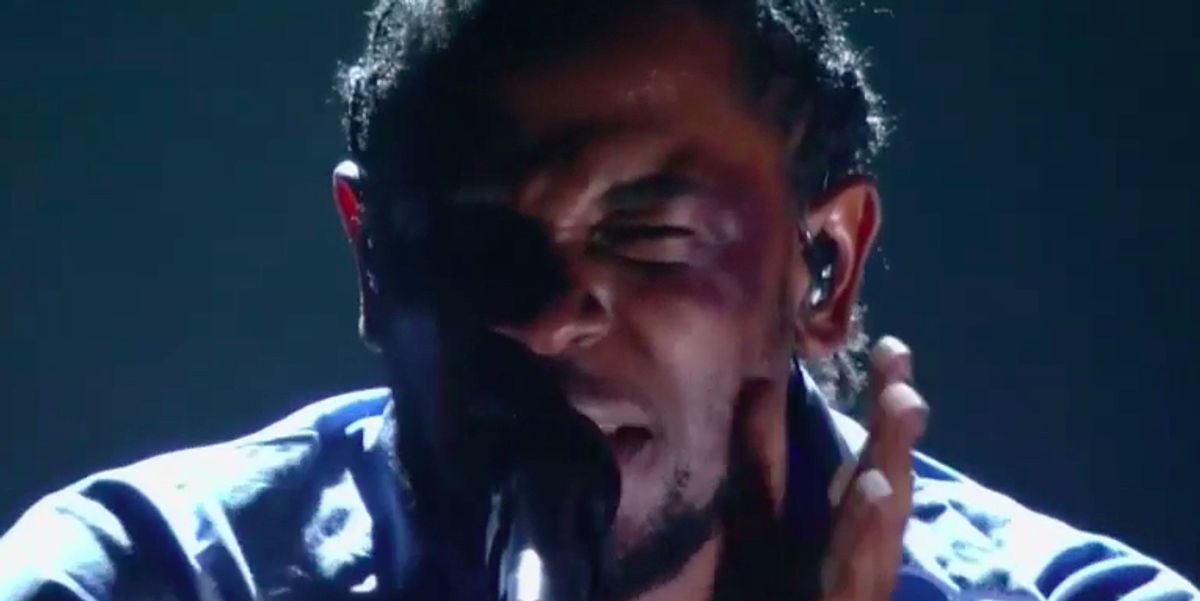 Kendrick woke the 2016 Grammys up.

The 2016 Grammys started out sleepy, with fine but not exactly electrifying performances. Then Kendrick Lamar came up to perform two songs from his Best Rap Album-winning To Pimp a Butterfly. Lights up on Lamar in handcuffs and chains against a jailhouse set. He started in to a bluesy version of "The Blacker the Berry," accompanied by a saxophonist playing from one of the jail cells. He then segued into "Alright," and performed in front of a towering bonfire with drummers and dancers, before he moved away to leave him rapping alone in a spotlight. The standing ovation was deserved. Lamar did what not even a performance from the Hamilton cast could do: wake the Grammys up.