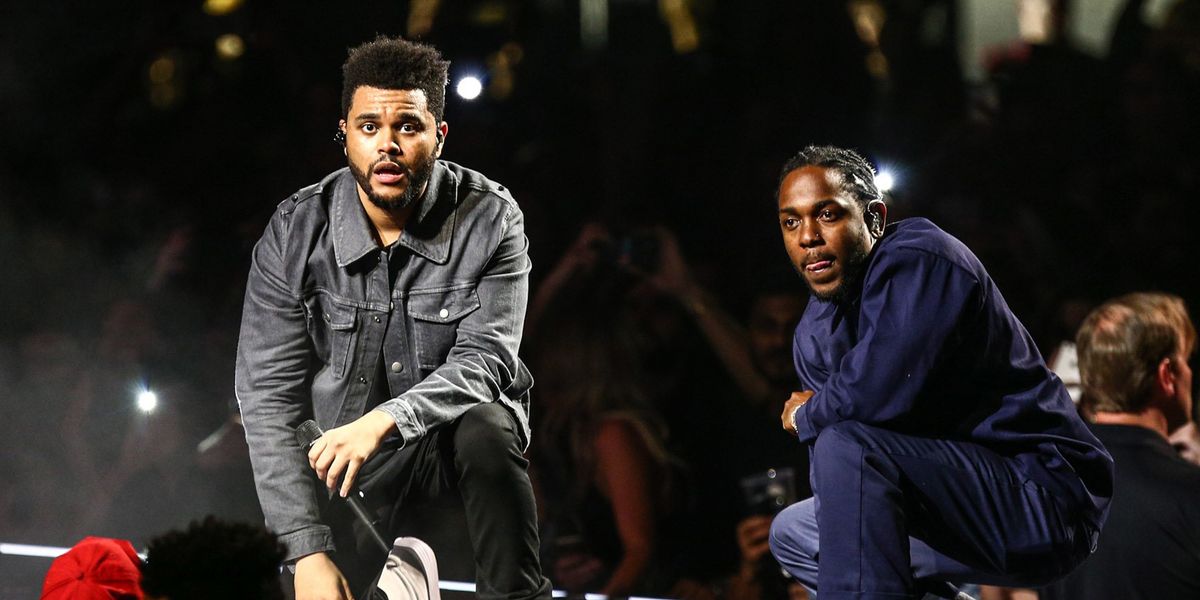 Kendrick Lamar Joins The Weeknd on Cinematic Banger 'Pray For Me'

Ever since Kendrick Lamar was announced the curator of the Black Panther soundtrack, we knew things were about to get wild. His latest release, a The Weeknd-led battle cry titled "Pray For Me," might just be the best thus far (followed by his SZA-assisted hit, "All the Stars" in a close second).

The track is the duo's first collaboration since "Sidewalks," an objective bop off The Weeknd's last full-length project, Starboy. "Pray For Me" is distinctly cinematic, with intense lyrics like "then I spilled this blood for you," and it's exciting to consider exactly what it might be accompanying onscreen.

"Marvel Studios' Black Panther is amazing, from its cast to its director," Kendrick said in a statement in regards to the soundtrack. "The magnitude of this film showcases a great marriage of art and culture. I'm truly honored to contribute my knowledge of producing sound and writing music alongside Ryan and Marvel's vision."

Counting down 'til February 16, everybody! Listen to "Pray For Me," below.