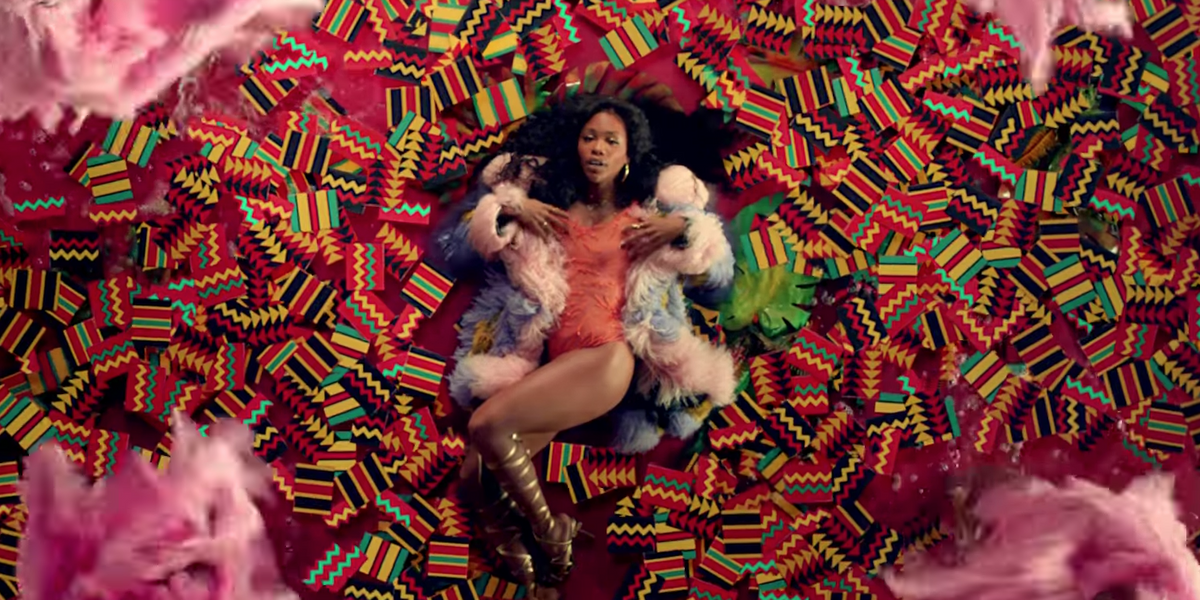 Kendrick Lamar and SZA Embrace Afrofuturism in 'All The Stars'

Back in business with "Humble" collaborator Dave Meyers (the director also behind Justin Timberlake's "Supplies" — something we may have to expunge from his record), Kendrick Lamar has released the first visual from his Black Panther-curated soundtrack.

"All The Stars" featuring SZA was the first release from the album, which features The Weeknd, Travis $cott, Vince Staples and more. The video sees SZA and Kendrick in many different looks and scenarios (orange velvet bandana!), all of which are centered on African themes and reference the past and future — although what we really are here for is SZA writhing around in what looks like licorice all-sorts between women swirling in pink feathers.

We're in for a truly exciting time with the film's drop on February 15, but prepare to lose it when the film's album is available to the public a week prior; looks like we're about to have a box office record-breaker on our hands. Check out "All The Stars," below.