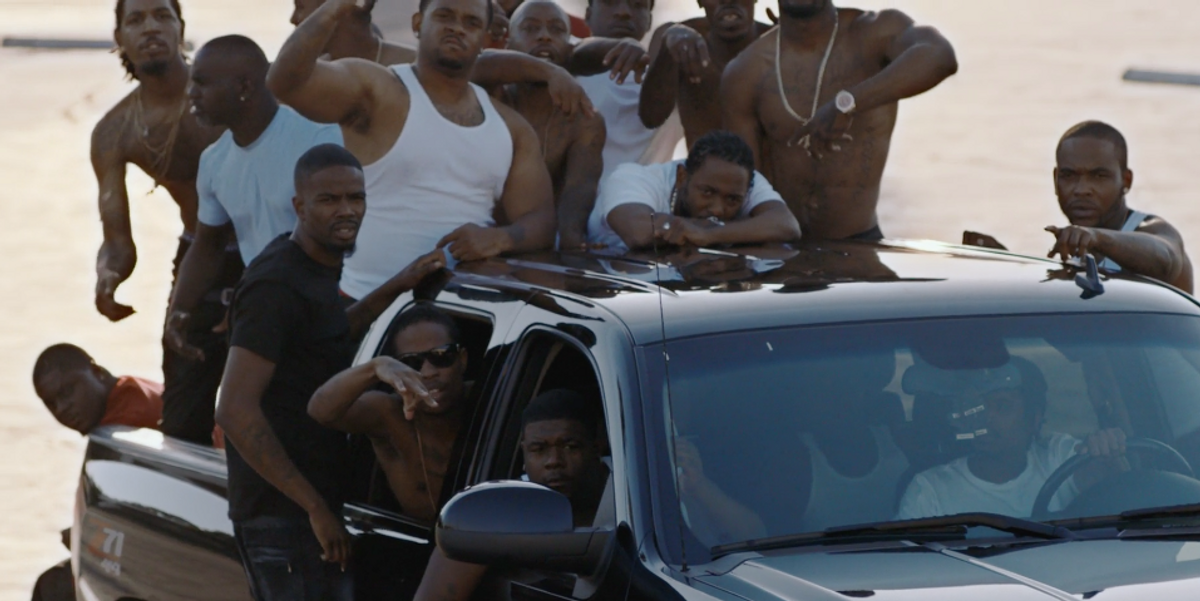 Kendrick Lamar just dropped the video for "Element," the third from his album DAMN. following "Humble" and "DNA." Naturally it hits the remarkably high standard we've come to expect from the rapper. The video, directed by Jonas Lindstroem and The Little Homies, is a visual meditation on the themes the song covers, including violence in America, the expectations of masculinity, the grind of poverty, Kendrick the artist's perch at the top of the rap game and K.Dot the kid's undying loyalty to his hometown, Compton.