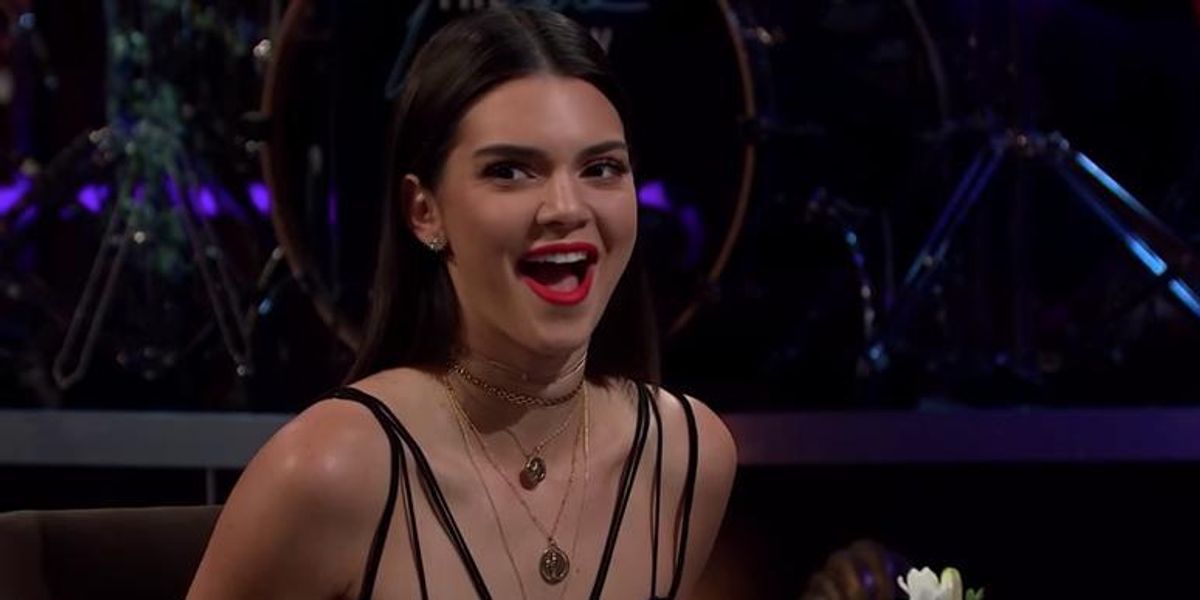 Kendall Jenner May Not Be A Fan of Dream Kardashian's Name

Kendall Jenner is currently making the talk show rounds to promote her newest Young Adult novel (written with sister Kylie), and stopped by James Corden's Late Late Show, where the host had the supermodel play his cringeworthy game "Spill Your Guts or Fill Your Guts."

Jenner, who recently went on an Insta-cleanse, is all about the realness, so when Corden asked her to rank the names of three of her sibling's kids (North, Saint, and newborn Dream), she kept it kandid.

She also stayed diplomatic TayTay Swift's willowy grrl-squad she is least enthusiastic about:

I imagine Kendall got a text from a blocked number later that night that just said, "Smart move."

You can watch the fill video below: