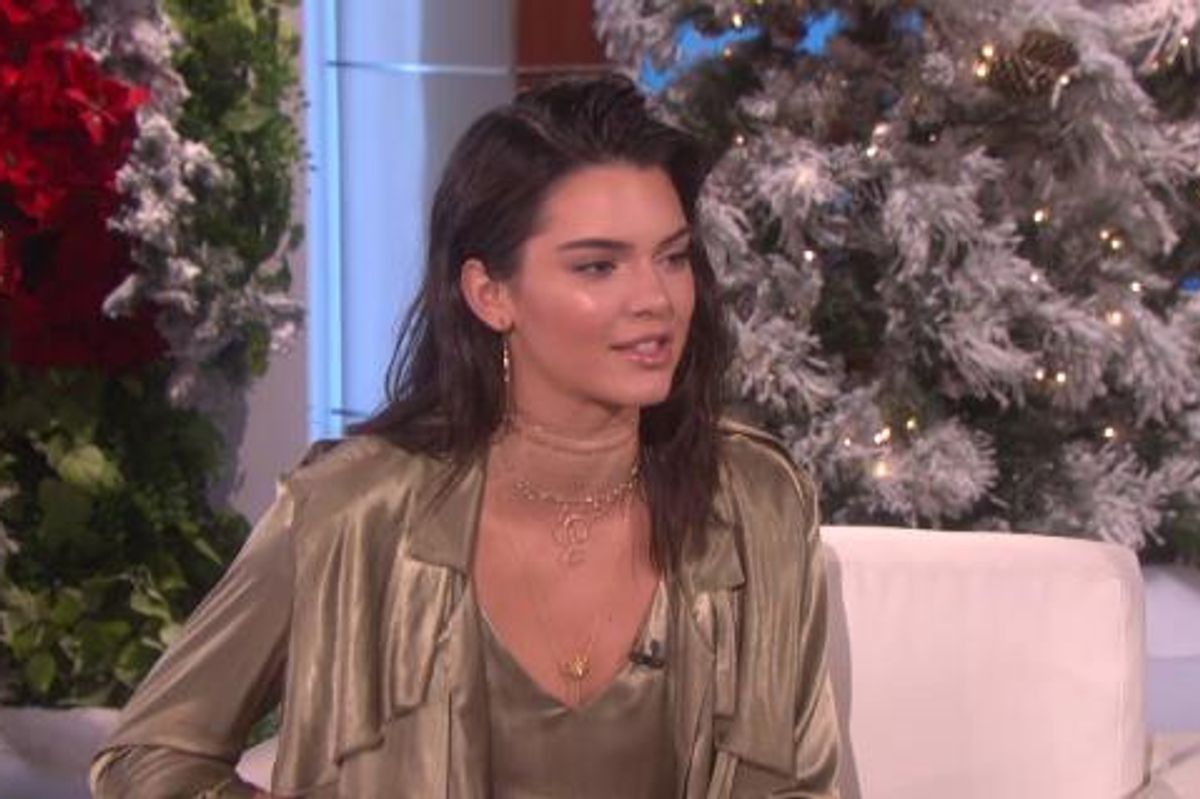 Supermodel and reality TV scion Kendall Jenner revealed to Ellen DeGeneres why she quit Instagram this past Monday, which, not surprisingly (and somewhat ridiculously) made worldwide news headlines.

The answer is pretty honest, and understandable: "I needed a detox; a break. I feel like I'm always on it. I would go to bed, and it was the last thing I'd look at, I felt a little too dependent on it."

Jenner assured our mournful world that she'll "be back," and joked (but not so joking) that withdrawals are coming in, and called the sensation of not having it "refreshing" and that she feels more present.

As her younger sister Kylie once said, "2016 is the year of realizing things."

Watch the full response below.

In addition to the Insta-cleanse, Kendall was also pushing her new book, Time of the Twins, written with Kylie--the sequel to their acclaimed "Lex and Livia" dystopia-young adult novel--and Ellen had the model play a game of "Hot Hands: Kardashian Jenner Edition," where she has to identify members of her ever-increasing, sprawling family.