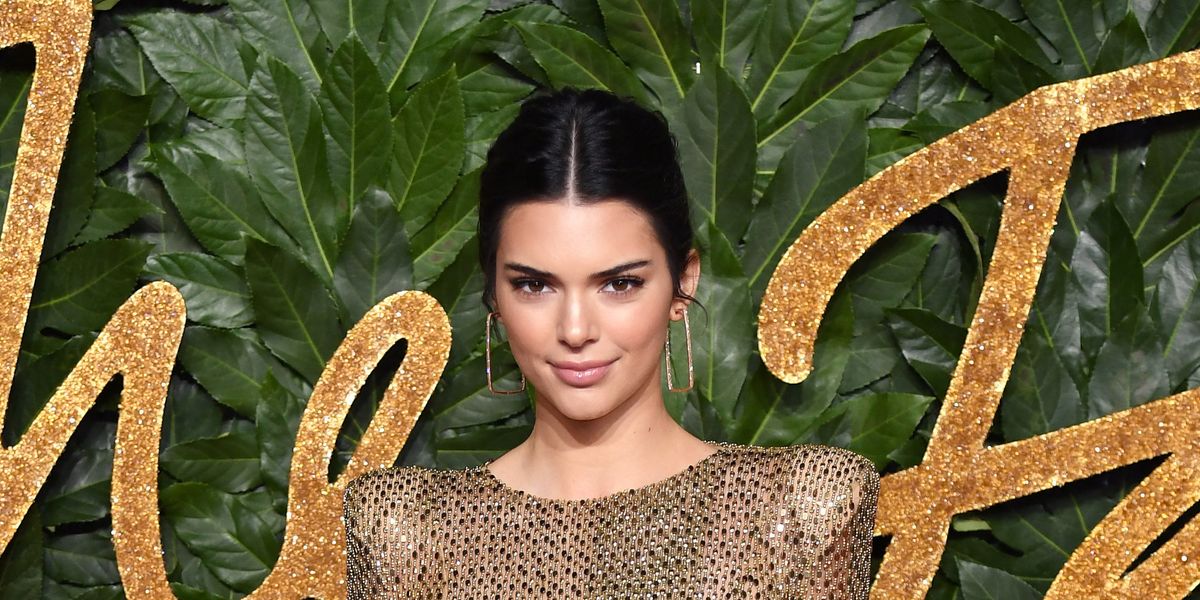 Who Wrote This Love Letter to Kendall Jenner?

Kendall Jenner posted a photo of an extremely goth love letter on her Instagram story last night. Handwritten in elegant script, the lengthy note promises its author's literally undying affection and declares that they are united with Jenner "forever, body & soul."

"We may be miles apart but my love for you grows stronger & stronger by the minute," it reads. "My innermost feeling is of pure love for you. I will love you until death separates us. Right now this separation is killing me, but in my heart I know that nothing would come close to separating us."

The letter is definitely cute, in a slightly creepy way. Unfortunately, we have no idea who wrote it. Jenner obscured her paramour's name, in what might be described as a fairly transparent attempt to make people like me write articles that try and guess what it is. Okay! Game on.

This is already a popular fan theory. Styles and Jenner have been in a highly dubious "just friends" relationship since 2013, and are photographed hanging out together every now and then. The timing, if Harry is the writer, is kind of romantic. Jenner attended the British Fashion Awards last night, and she spent time with Styles at the same event back in 2014. He couldn't make it this year.

Styles does like to handwrite things, if his Instagram is anything to go by. Unfortunately, Twitter has already come up with some side-by-side comparisons that show key differences between his penmanship and that of the anonymous letter.

Flashback to New York Fashion Week, when Anwar (brother to Gigi and Bella) was permanently attached to Kendall by way of the face. They gave each other hickeys, they attended lots of parties, they wore expensive clothes. It was a time: perhaps, as this letter could imply, the best time of young Anwar's life.

The Anwar-Kendall break up wasn't amicable. Remember his emo "I wonder if I could be loved as deeply as I love" Instagram post? He's got a lot of feelings. Just like our anonymous letter writer.

This, as far as we know from paparazzi photos, is the dude Kendall is dating currently. The "miles" of distance implied by the letter make sense here, because Simmons is based in Philadelphia, where he plays for the 76ers. Jenner lives in LA.

Handwriting comparisons make pretty clear that Simmons isn't a regular user of ornate Victorian script. But he could have hired someone else to do it, right? Rich people don't have to write their own letters.

Honestly, seems possible. Straight men and serial killer stalkers share similarly overwrought, cliche-ridden letter writing styles. But for what it's worth, my money's on Anwar.