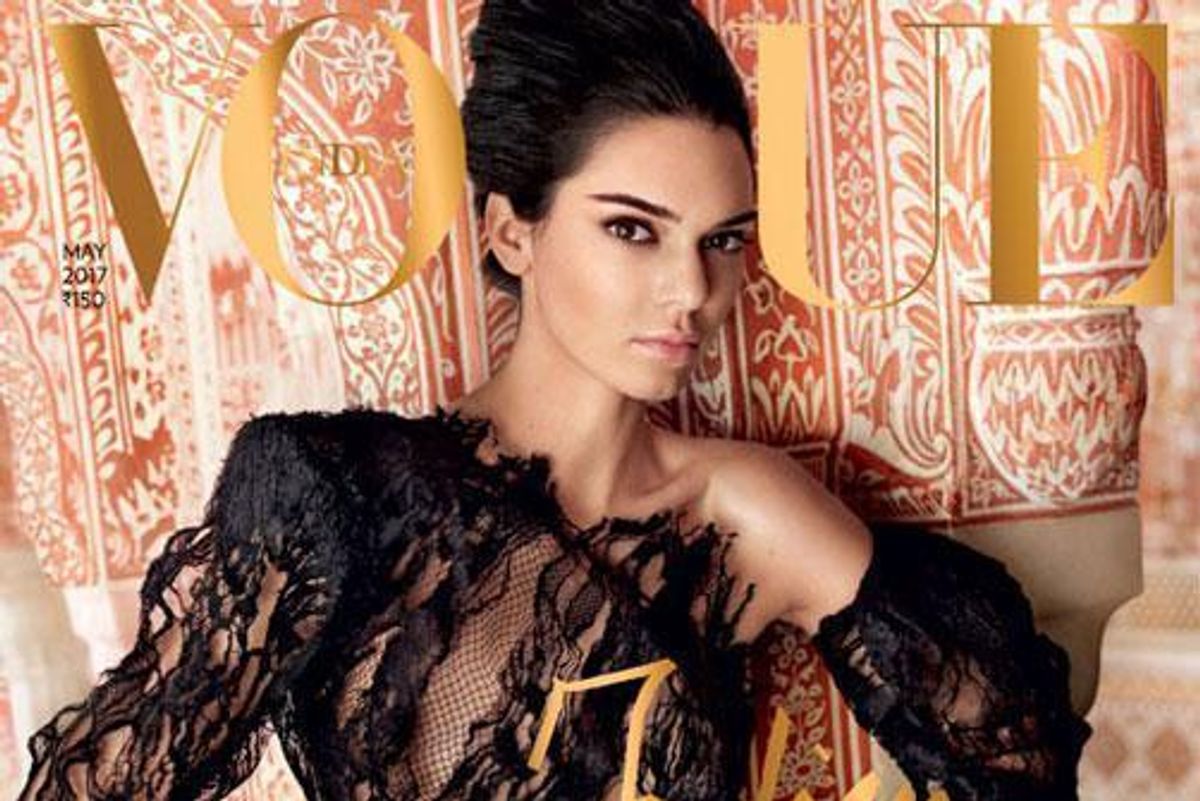 April was one hell of a ride for Kendall Jenner. First she starred in *that* Pepsi commercial, then she promoted *that* music festival, then she had a dramatic breakup with her stylist Monica Rose, and to top it all off, she found out her house is positively swarming with stalkers. Well, it doesn't look like May is gonna be Kendall's month either, because it's starting with some major backlash against her Mario Testino-shot cover for Vogue India's 10th anniversary issue.

You may have already guessed why people are having a hard time accepting Kendall Jenner on the cover of a magazine intended to celebrate Indian beauty, but just in case there was any ambiguity:

in a culture where girls are encouraged to use skin-whitening creams and bleach, picking Kendall Jenner for #vogueindia is a step backwards
— sabrina (@sabrina)1493892625.0

the most @KendallJenner has embraced Indian culture was when she talked about how gross Indian food was on #KUWTK… https://t.co/O31642G5iI
— jazzyrizzledizzle✨ (@jazzyrizzledizzle✨)1493849400.0

To be fair, it seems like the blame should be placed on Vogue India's editors instead of Kendall, buuutttt yeah. It's not a good look, and on some level she must know it, because she was shot for a cover by Mario goddamn Testino and has yet to gram about it.