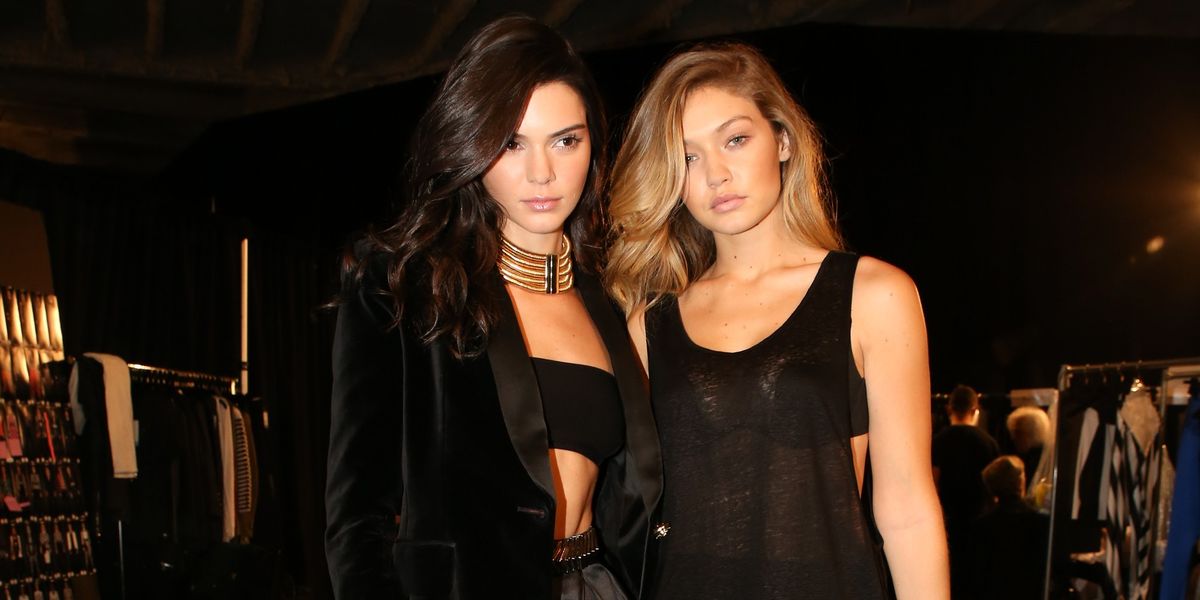 Word on the street is that A-list models Kendall Jenner and Gigi Hadid fell under the spell of a homeless hottie they met on the beach earlier this year, who they then apparently helped sign to a top modeling agency -- because, like, hot people gotta stick together, right?

Yep, according to the Daily Mail, a homeless 20-year-old skateboarder named John Economou charmed the fierce friends during a chance meeting on Venice Beach that occurred because the ladies were filming a commercial nearby. Settling down for a causal, post-shoot beach picnic, the two apparently struck up a conversation with a sunbathing Economou, taking a marked interest in his modeling aspirations and chiseled pout or whatever.

"Kendall was cool, she was super down to earth and chill. We were just having a normal conversation talking about life, acting modeling, personal lives," he explained. "It's a crazy story. I'm super grateful. I was just in the right place at the right time.'

Subsequently, Jenner got her manager to help him sign to his current agency, Two Management -- a fortuitous coincidence, as Economou's been sleeping rough with nothing more than a backpack with 2 changes of clothes for the past year. Granted, he intentionally moved from Milwaukee last year to live the "hippie lifestyle" (side eye) in California -- sometimes going home with ladies to spend the night, a habit that's since earned him the title of the "Romeo of Venice Beach."

"I do like sleeping on the beach but I obviously like going home with chicks too," he said. "I have no girlfriend - I'm too young and there's too many hot girls around here...LA is so diverse there's so many girls from all over and it's really opening my mind to different cultures and what not and I really like that."

Cool story, bro. You just keep holding out for Hadid, I guess -- who, last we heard, hasn't talked to you since.