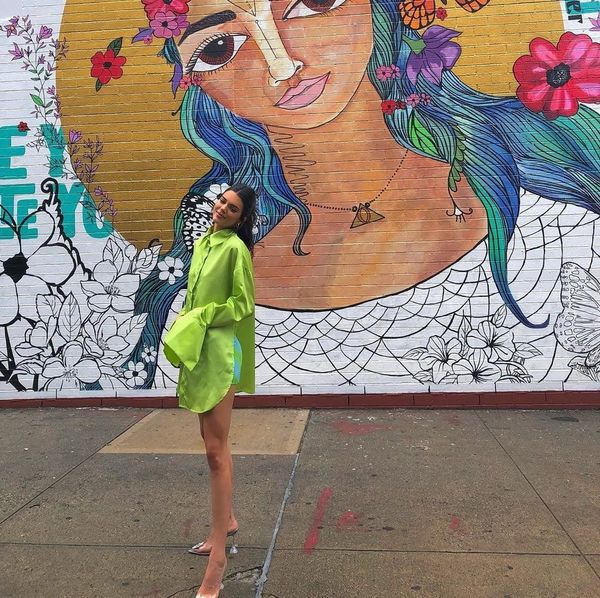 Kendall Jenner on How Stopping Birth Control Flared Up Her Acne

Kendall Jenner has been pretty vocal about her battle with acne over the past few months. As part of her partnership with ProActiv that started earlier this year, the model appeared in a number of promotional videos reflecting on how chronic acne affected her self-esteem when growing up.

In a recent interview with Bustle, Jenner described how a recent onset of acne made her think back to being in high school.

"I had flashbacks of being in high school," she said. "I experienced [acne] in two different times in my life. One being high school, when all you're trying to do is be accepted and be part of something, and I wouldn't even look people in the eyes when I would speak to them. The next time it came around, I was supposed to be this model who has everything together. That's never the case, first of all — good skin or not. But the whole world is looking at you, and it's like a magnifying glass on everything that you do and what happens to you."

​The model says while she initially resorted to birth control to minimize her breakouts, she had to eventually stop due to health reasons. It's also when the acne flared up again.

Now a year into admittedly using ProActiv, along with laser and PRP (vampire facials) treatments to minimize scarring, she says she feels confident again.

Jenner also confessed how initially she was "skeptical" about committing to the partnership with the brand and only did so after making sure the products actually worked. At this point, she's supposedly so committed to her skincare routine that she hasn't even tried sister Kylie Jenner's skincare line.