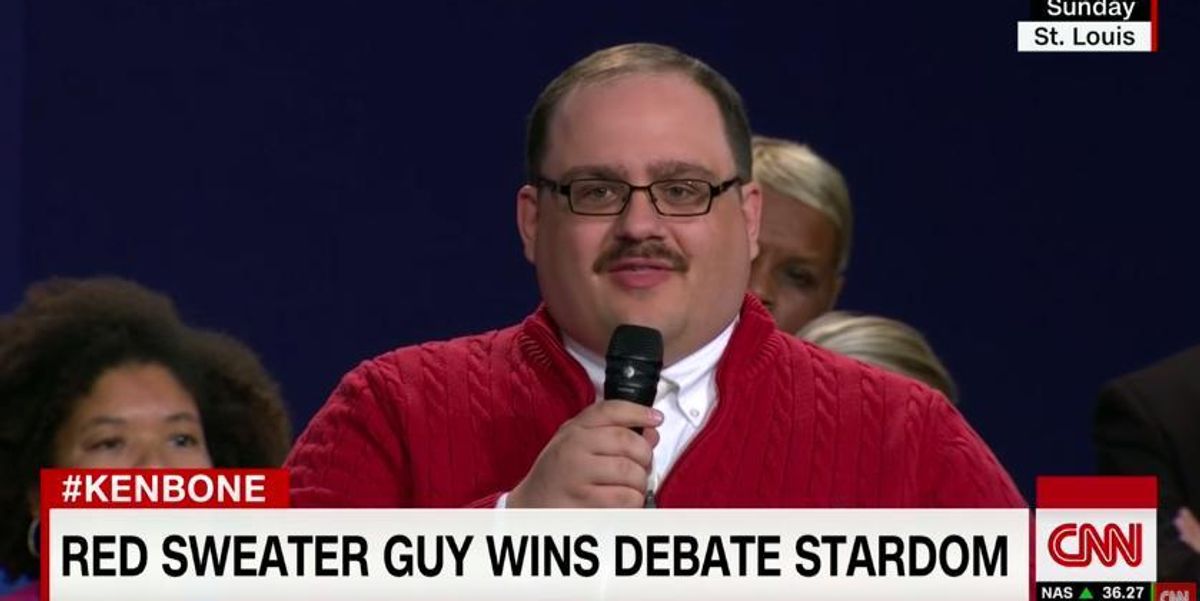 Ken Bone's Icky Internet Activity Was Dug Up, Of Course

Ken Bone, the fire hydrant red cardigan-wearing St. Louis native/star of the (horrifying) second presidential debate, who, by merely standing up and asking a reasonable "town hall" question (as an undecided voter, whatever the fuck that means), broke the internet and gave us some distracting levity in this increasingly brain-splitting, viscous nightmare of an election, is now the grand marshall of the internet backlash parade, after some truly problematic, misogynistic, and downright creepy internet activity from the past surfaced.

That same Stan Gibson had this to say (on Reddit) about the 2012 murder of Trayvon Martin, by human plague George Zimmerman:

Ken, like the Republican presidential nominee, seems to be a fan of scamming the system:

He also gave some face-in-hands quips in some porno-related Reddit threads, including what he refers to pregnant women as:

And sang the bedroom-centric benefits of a vasectomy:

Unclear what the public was expecting from an "undecided" white straight male voter named Ken fucking Bone, but here's where we are.