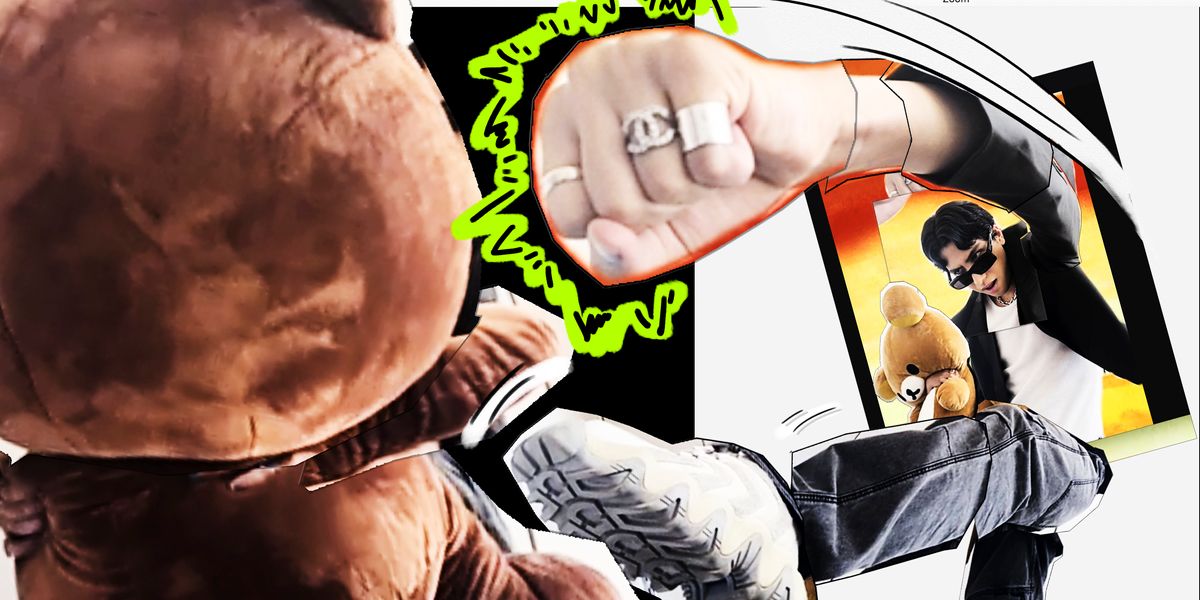 Though American readers may not be familiar with Kemio just yet, the 24-year-old YouTuber is a bonafide superstar in his native Japan.

Known for his energetic, rapid-fire vlogs, use of quirky catchphrases and retellings of his daily experiences with American culture, Kemio is pretty much the king of cultural cache in Japan. But don't just take our word for it. Last year, one of his made-up words — "Agemizawa," which means "when you're so excited and so hyped on it, you scream it" — apparently became "the number one slang word in Japan." And if that isn't impact, then we don't know what is.

Kemio's story starts back in 2013 with the creation of his Vine account. Inspired by American content creators, Kemio finally decided to pursue his childhood dream of becoming an idol and entertainer — to viral success in Japan. And though the app's closure in early 2017 spurred him to explore other corners of the internet, he now boasts close to two million subscribers on his YouTube, where posts videos doing everything from making curry to giving himself makeovers.

Since moving to the US in 2016, Kemio has continued to vlog about his life in America, even amid the pandemic. However, his content and feelings of culture shock weren't the only things that changed from living abroad. In fact, he said that being in a place where the LGBTQIA+ community is more visible and accepted has altered his own perception of self, which also made him feel like he could finally live his life honestly and authentically.

After all, as Kemio explained, despite Japan being "progressive in some aspects," it is "also still very traditional in the sense that being gay in Japan isn't as accepted" — something which caused Kemio to feel like he had to hide being gay for a long time. And though he came out in his book right before he moved to America, he said he still struggled a bit from the many years spent grappling with his identity in private.

That said, in the wake of all the support he's gotten, Kemio said he now hopes that telling his story will help others feel supported, as well. And while he has yet to begin vlogging in English, he's excited to give it a shot once his "English improves." In the meantime, he's been busy focusing on his fashion and modeling career — something he said is an attempt to get a little "more serious." Though, thankfully, he doesn't plan on quitting vlogging anytime soon.

So until we start getting our own Kemio catchphrases in English, get to know the star a little better, below.

What did your parents think about you pursuing a career in entertainment?

When I started, they didn't really like it. They were like kind of concerned about me doing such a stupid thing on the internet. Also, they didn't know what social media is. But once I started going on the TV or even on the newspaper, they saw exactly what I'm doing and they started to understand what I wanted to do for my job.

Since moving to the US, has anything surprised you about the culture and the nature of internet celebrity here versus Japan?

Everything is so different. Like, I was so surprised when I moved to LA. First things first, l was surprised that people wear their shoes at home, because in Japan no one ever [does that], and if I do that in Japan my grandma would literally kick my ass. So that's I think the most surprising thing — the culture.

For the internet celebrities and everything, I think they're so cool. They say whatever the fuck they want to say. They do whatever fuck they want to do, like I see freedom of speaking all the time. And also, I was so surprised at how internet celebrities — especially of my generation — speak up about politics, or their opinions about what is going on in the world, and then they will actually influence people to vote for the election or something. In Japan, a lot of celebrities don't really share their opinions about politics.

Since moving to the US, I started my YouTube channel. Just because a lot of Japanese people are really curious about the lifestyle in the US. Like, they love American culture — music, fashion, food, everything. So my content is focused on lifestyle in the US. Every little thing, like going to the grocery store. They're so curious about that. Those things definitely help me to grow my audience.

Since this is for Pride, can you talk a little bit about your experience growing up gay in Japan?

When I was in Japan, I felt like I definitely suppressed being gay for a long time. I was not comfortable with who I am for a long time as well, and I actually didn't come out until right before I moved to the US. And then after I moved to the US, I came out to only my close friend and my family... So I don't think I [technically felt like I] grew up in Japan as a gay man. But now I am definitely more comfortable speaking about who I am and my identity, publicly.

I released my book a year ago, and I came out in the book, actually. I was super nervous, but a lot of people were so supportive about it. I was getting so many DMs from people who also struggle with their identity. So I was so grateful for those sweet and supportive messages. And then it also makes me think that I want to encourage more people, and I want to help this community more.

On that note, why is it important to you to talk about your identity as an openly gay Japanese man? What is the importance of this visibility to you?

I definitely think talking about my identity helps open a lot of conversations that don't happen today in Japan. In Japan it's not as open as here. Like, Japan's society is very progressive in some aspects, but also still very traditional in the sense that being gay in Japan isn't as accepted as it is in the US. But I think, for me, being open about who I am definitely helps other people who also struggle with their identity.

I want to say it's getting better [for the LGBTQIA+ community in Japan], but there still definitely needs to be more. Since I never truly came out when I was in Japan, I actually have never been able to see the LGBTQ+ community there.

They also don't really educate us. Like, in the media, they don't really pick up topics about the transgender or LGBTQ+ community, so people actually don't know what is going on in the community. So yeah, it's getting better, but I feel like people still need to learn, including me. But for the younger generation, I think they're more accepting and open about it, which gives me hope.

In your opinion, what can Japan's LGBTQIA+ community people and their allies do to push for change and keep it going?

In my opinion, we need to use our voice more. People in Japan don't really speak their mind in the public sometimes. I was like that too when I was living in Japan. I was almost always scared to talk about my opinion about politics or my identity. So I feel like for the younger generation, we need to do more to stand up and then try to change our future.

I feel like that's such an Asian culture thing — you don't rock the boat, you don't speak up, you let things be — which is why I think it's so cool you're talking about this. Was it scary starting out though? Because there is this social expectation that you have to say the right thing or not say too much.

Who's your celebrity or influencer inspiration in the LGBTQ community?

There are so many people that have a big influence on me. I would just say Lady Gaga. And I love Kim Petras, I think she's so cool. She's the next level. I'm so obsessed with her music, her style and everything.

Hard agree. So, if you could also tell a younger you something, what would it be?

I would just say, "Don't make a Grindr." Or, if I could say something to me before I created Grindr, I would say, "Don't Grindr too much."

The one time I've gone on Grindr [there], I did it without putting my picture on the profile. I think there were other Japanese gay dating apps in Japan, so I don't think Grindr is as poppin' as here. I want to try one [going on a Grindr date in Japan], but I don't know.

It'd be a good video, honestly.

Yeah, like in the US, the YouTubers who make videos going on Tinder dates. Maybe!