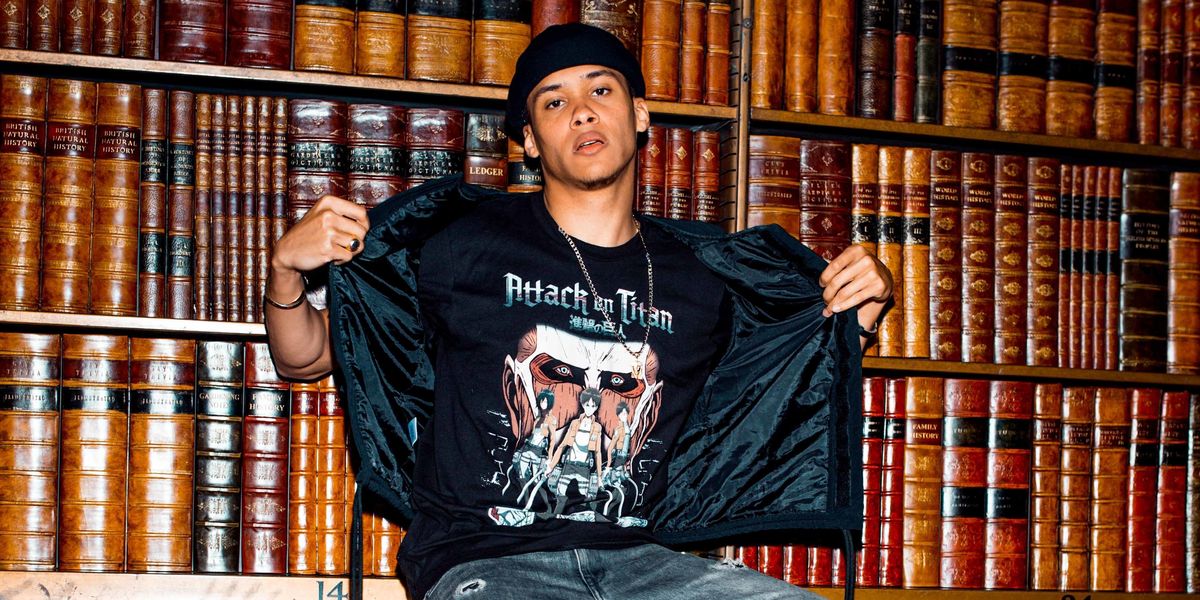 Meet the Multilingual Rapper Who Knows His Star Power

It seems many American hip hop artists struggle to grasp their native tongue, let alone integrate upwards of three languages into their music, but not everyone is Kelvyn Colt.

Quitting law school to pursue a career in the London creative scene, the Nigerian-Berliner is tipped to be the driving force behind proving his origin city on the rap map. Not since Culcha Candela did German hip hop have so much potential to dominate the world stage, and it seems as though Colt's closer to bringing Berlin to the forefront than ever before. The star claims hip hop heros, Tupac and Kid Cudi, saved him from going down the wrong path, and delineated the right route: music.

Now, the 24-year-old is following up his debut EP, LH914 with a hot new project, and whether Colt is rapping in German, English or French, you're bound to sit up and listen. We caught up with Germany's hip hop hope to talk his journey (both personal and sonic) — read our chat with Kelvyn Colt and check out his latest release "Waited On Me," below.

Tell me about breaking out as a hip hop artist in Berlin, what's the rap landscape like there right now?

I think, in regards to rap music, Berlin is at a very healthy state at the moment and it's only picking up pace. Our generation and movement of artists will drive attention to it. There's loads of incredible artists bubbling in the underground and the industry thats meant to facilitate that does not fully know where to put them as per usual. Luckily theres a network, a community that is slowly developing some form of infrastructure within our generation. So, if you're an upcoming rapper or singer, producer, whatever and let's say you want to conquer the international hip hop, neo soul, etc., there are now go-to people and small creative powerhouses and collectives [to make it happen].

What went into formulating your sound — were you torn between rapping in German and English?

Never was I torn between rapping English or German. I just do whatever feels natural to me on a track in any particular moment. So my next project is going to be entirely in French, it's in the works, mon frère.

Walk me through your latest project, what is your creative process? Is there anything you're particularly proud of?

Well, my first project LH914 was giving listeners a broad scope of my sound, this project, The Mind of Colt Pt. I has a more cohesive sound, a sonic journey through my mind. I am vulnerable here, it is more personal, welcome to my head — take your shoes off.

How do you hope those unfamiliar with your music will interpret you?

I think they'll have a hard time trying to interpret what I do and my sound, it can become wild at times, yet always relatable — if I do say so myself [laughs]. People have a hard time trying to interpret themselves, reflecting on what they do. I am just like you, so if you can't even figure out yourself, how are you going to try to understand me? Whatever is happening in your universe will shape what you think to pick up from me. If I can spark some form of emotion in you, I'm gucci.

How has it been navigating the music industry thus far, what do frustrates you?

So what's your hope for hip hop?

We have a lot of rebels and rock stars on the outside but deep down many have no purpose. We need more rebels with cause. Bridge the gap between 'lit' and ‚woke'.

What do you hope your legacy will be in music?

That I opened doors for my and the future generation, even beyond the realms of music.