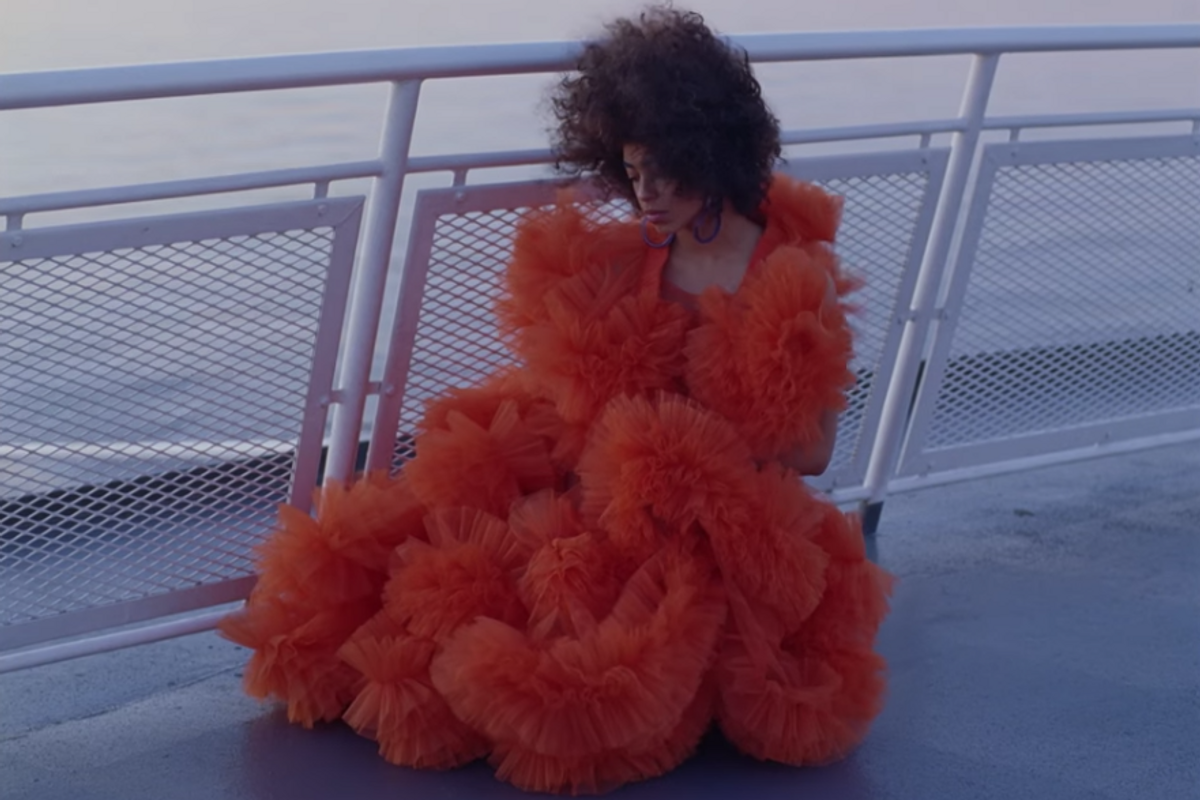 Kelsey Lu, who has collaborated with Blood Orange, Solange and Sampha, builds dreamy indie-folk out of her cello and a loop pedal. Her voice is rich and haunting, oscillating effortlessly from delicate falsetto to deep velvet, echoing freely through the folds of her soaring strings. Her work is elevated by her excellent sense of style — she can pull of dramatically different looks from pink suits to fluffy tulle creations.

Following her 2016 EP Church, Lu just released a new music video for her song "Shades of Blue." In the 9-minute video, Lu searches for and finds peace from a foggy haze of depression. The video begins with a spoken passage comparing emotional revelation to snow starting out fresh and eventually turning muddy, revealing the dirt underneath it. The video then cuts to a blue-lit shot of Lu shoveling mud into a bucket, her white dress getting muddier as the scene goes on. As the video progresses, an ethereal light flashes across the screen as Lu poses in a number of avant-garde tulle and structural outfits. She runs, bathes in water, dances, and poses, eventually looking joyous at the end, as if the video was a documentation of her reaching catharsis.

In a press release, she said of the video, "I wrote 'Shades of Blue' when I was squatting in a leather factory in Hoboken, New Jersey. I was really depressed at the time, and my life had flip-flopped in many ways — musically, financially, romantically and, really, soulfully. Yet, I was writing a lot more than I had been and this song is a manifestation of that point in my life. For me, it was a glimpse of hopefulness and peace from within that depression and I can only hope it will bring a similar moment of peace to the listener."

Watch the video. below: